Skip to the content
Shop Our Picks
This site is no longer being updated.
13 PHOTOS click for more

Leandra started 2017 with a 30-day yoga challenge that yielded surprising results. In case you started 2018 with similar ambitions, or definitely meant to but maybe forgot, let the below serve as the inspirational kick in the pants you need. Or just live vicariously through her experience and call it a day. I won’t judge either way.

I have always hated yoga. For as long as western society and the majority of people I know have embraced it, I have felt like the practice is an assault on my existence and ability to follow orally-commanded instructions. (What does it mean, really, when you’re asked to separate your feet hips’ distance apart, let your knees bang against each other and then in a single, fluid motion, to drop them to the left and pick yourself up using your right elbow to center?)

Granted, I am less flexible than a Barbie doll. At least she can bring her back to tabletop position. When asked to touch my toes, the best I can deliver is a fraught tug at my knees. Once I have taken approximately 473,682,747 steps into a lunge (one single, quite literal step for almost everyone else, for the uninitiated), I can’t technically get out of the position unless a third party physically removes me. But you know what they say — it is when you hate something the most that you also need it the most. (Important note: This is not true for relationships.)

Following the humbling experience of losing a baby in utero and then the more humbling experience of recognizing that no matter how much you want something, sometimes you just can’t control when (or whether) you get it, I resolved to revisit yoga everyday for the month of January for the very simple reason that my mom told me to. When you’re vulnerable, you’re also much more open-minded and thus ready to grasp whatever will hit your palms. For me, that was a set of blocks and a Jade yoga mat.

I hoped I’d develop flexibility that could transcend the boundaries of my body and affect my head, too (a more flexible mind means less rigid thinking, right?). I also anticipated that I’d ultimately give up.

I chose Sky Ting as the studio at which I would practice. It’s nestled just above the Manhattan Bridge on Chrystie Street near Canal and does all the things a good new-age studio should: sells Moon Juice, boasts a clientele that wears Outdoor Voices almost exclusively and has charming signs hung everywhere from the bathroom (“Wipe your hands on your pants!”) to the doorway (“Shoes off, pretty please”). When you walk into the studio itself — a large white, bright box — you’re met by a stuffed giraffe, seemingly watching over your practice from the corner of the room, possibly bragging about the length of his neck, but more likely just standing there as a proof of concept.

The first class was surprisingly satisfying. Coming off an exceptional streak of four months with zero exercise, my hamstrings were more limber than I’d have expected. Granted, my forward fold looked like this:

Three weeks later, here it is:

That’s been the most important thing about this “challenge.” Yes, I went in wanting flexibility and knowing that I would hate it because I’m so inflexible. I thought I’d take it out on myself the way I always do when I have trouble doing something that the people around me can seemingly do with no effort (DO YOU GET THE METAPHOR?), but what I’m discovering is just the opposite.

Stepping into a lunge is still hard.

When the rest of class sits in crow, I lay with my legs stretched out in front of me, palms towards the sky. My internal monologue during moments like this used to sound something like, “Push further, you fucking weakling!”

The mind thrives on patterns. It reacts to experience, stores that feeling and then shoots it back out as a defense mechanism, a means of protection.

This morning, I was crouched into child’s pose, avoiding a headstand, when I caught a new pattern developing. I could feel the energy of the rest of the class’ legs up in the air while mine, folded and heavy, rested shin-first against the ground. “Hey, no sweat, this feels really good,” I observed as my mind wandered. “You’re here to learn how to move your body and you’re going to get there. And even if you don’t, whatever. This feels really good. Isn’t that what matters?”

It was so cool. So new. Is this what the meditators call, “effortless undoing”? Is this how it feels to actually let go?

When I set out to write this story, I wasn’t sure how I’d frame it. Share the challenge? Pit my former self against my now more flexible self? Was the point to share physical progress? Would I explicitly vouch for Sky Ting — a studio I very frankly recommend to anyone who’s not necessarily looking to get outside of themselves, but who cares to stay inside, and learn how to be comfortable there?

I’m not sure, but what’s been really nice to observe is that you don’t actually have to undergo dramatic transformation to feel yourself change. You don’t even have to call it change. Just being is enough. 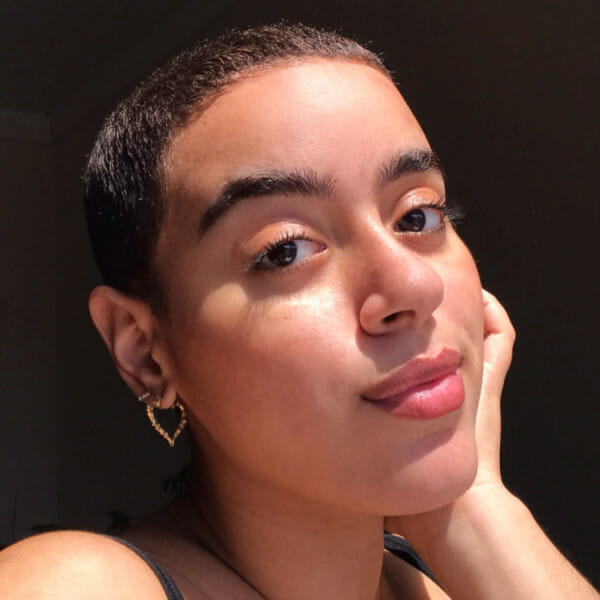 You Look Moist: A Photographer on the $3 Lip Gloss That Makes Her Feel “Unstoppable”