Picture this: You make a big pot of coffee in the morning. You grind the beans just so. The grounds-to-coffee ratio verges on persnickety. After one cup of black coffee taken with some requisite disturbing morning news, you pour the remains of your coffee pot into a thermos. A tumbler. A reusable mug. Whatever.

And then that coffee vehicle proceeds to fail you more severely than I failed Intro to Computer Science in college. The mouthpiece isn’t leak-proof so it drips ugly poo-brown drops onto your white sneakers. The lid isn’t secure enough so it dribbles coffee onto your neighbor’s coat on the train and they glare at you as though you’re indeed the devil while you offer to pay their dry cleaning bill. The cup itself is unwieldy, so every morning is a circus act featuring you, your work bag, your gym bag, Tupperware, etc. And the worst of all: after all that travel, you take a sip of coffee at your desk and do a dramatic spit take, spraying it everywhere, because it has become the worst coffee temperature–tepid.

Okay so maybe the spit take doesn’t happen (I haven’t done a proper spit take since seeing this tweet), but I know the anguish of all the above, all too well. And then I encountered the Zojirushi.

As a quick explainer: My ex-partner is the kind of person who would live and die by the things that he loved (except for me, lol) (it’s okay we’re on good terms). So when he first showed me his reusable mug, I said, “Sure, Jan” and moved on with my life. At the time I had a cute one with a flower on it, and so what if it burned my hand every morning?

Then one weekend we went on a hike upstate where he brought both iced coffee and hot tea in two different Zojirushi mugs. The tea stayed, not just hot, but scalding, for six hours, then bearably hot for the next eight. No sign of tepidness. The iced coffee? I could still rattle the ice cubes in the mug the NEXT MORNING. If it sounds like I’m being dramatic, then call me Adam Driver because I was slamming my fists into the metaphorical wall. Not only were the temperatures of the drinks maintained beyond what I believed technologically possible, but the secure lid made it so that the mugs didn’t spill even once while turning over in our backpacks. It was astonishing. I bought two Zojirushis the next day

Before you say this is some sort of infomercial instead of a genuine endorsement of an (insanely) good product, allow me to say that I’ve owned my 12 oz and 16 oz mugs for over a year and they are some of my best purchases to date. I’ve even given them as gifts and converted people into fellow Zojirushi disciples. 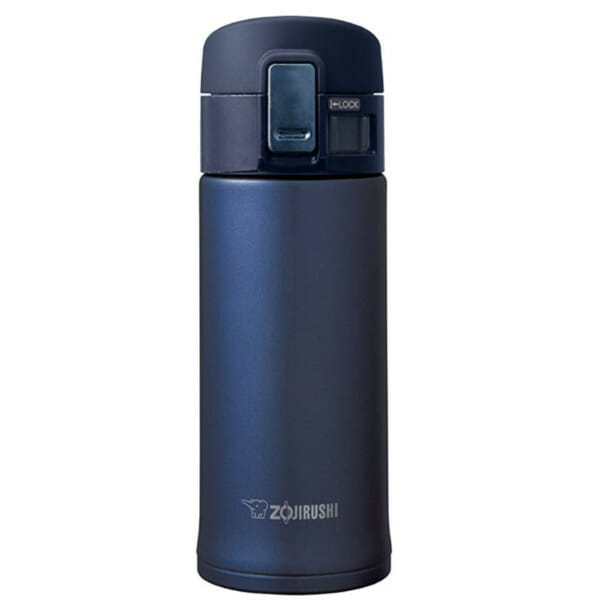 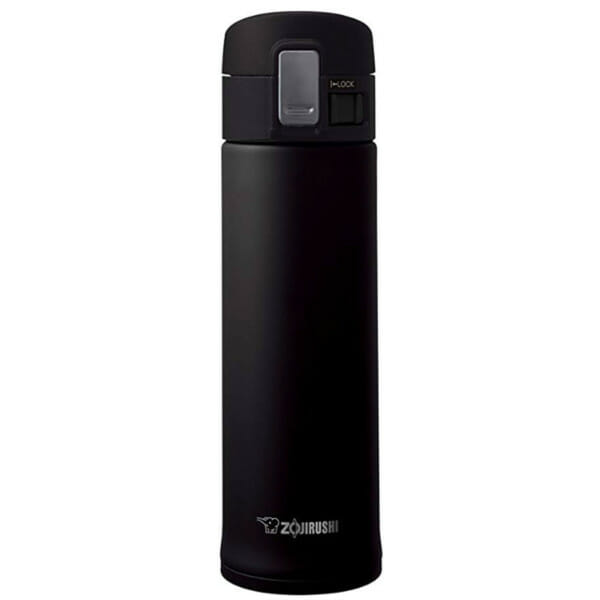 It’s odd because I was–and am–somewhat the opposite of my former partner. I can be flighty and mercurial, my tastes reliant on how I want to self-identify during a given period of time. But this reusable mug has become one of the most consistent things about me, and I really like that. I’m not perfect when it comes to being responsible to this planet, but it makes me genuinely happy to fill my mug to the brim every morning, or hand it over to a barista. So if you’re looking for a similar feeling: Jump in, the water’s cold/hot, depending on your mood.