While Sable normally writes about beauty (and occasionally kissing) for Man Repeller, in the lead up to “Whatever You Want” week, we asked her if there was anything she was itching to write about beyond brow gels, overnight masks, and eye shadow. It turns out, the thing she wanted to write about most was coffee tables… and why they suck.

Home decor has become leagues more creative and Pinterest-ing in our blog-filled world. There’s inspiration at every price point. That said, I’ve personally created enough atrocities with a hot glue gun that I’ve come to accept I’m just never going to be the craft diva I aspired to be. But now that I, and the rest of the country, have little choice but to embrace a homebody lifestyle, I’ve been more invested than ever in my living space and how it makes me feel. It was about a year and half ago, though, when I moved into my own apartment, that I first realized the very elephantine thing that never made sense to me: coffee tables.

After living in a shared space for 10 years, my new apartment was my first opportunity to “curate” a space that could be a residential museum of my most elegant tastes, reflected in the objects and doo-dads I chose to fill it with. Sure, I live in a fifth-floor walk-up, replete with uneven floors and haunted radiators, but they’re my wonky floors and cursed radiators. (And I truly do not miss my former building and its tenants who lived as though they were in a 24-hour Euphoria simulation.)

Perhaps it’s an internalization from the childhood belief that the floor could at any moment become lava… but I don’t understand why the default surface in so many living rooms has to be some land yacht that you can put dinky drinks on. There is but one steadfast rule in my house and that rule is: no coffee tables. Their name suggests their function, of course, but that is irrelevant when you consider that you can place your coffee cup on any flat, level surface within reach. A surface that is not a menace in plain sight.

Coffee tables come in many forms and sizes but ultimately dominate all rooms, squatting at a height that is only convenient to a seated position, always wider than they are tall. They make you accommodate them, having to do an awkward shimmy to get to your sofa, unless you have a breadth of space to position them thusly out of the way (so, not any NYC apartment within my tax bracket). Do they hold things for you? Sure they do. But they also become a repository for all the cups, magazines, random contents of jean pockets, and other bric-a-brac on its transient journey to its rightful place in your home. The coffee table is like the airport lost and found for possessions mindlessly dropped during a layover.

If you have ever watched a movie featuring a glass coffee table, action (Fight Club) or otherwise (the Arrested Development episode where Mrs. Featherbottom attempts to float down into the living room from a second-floor landing with an umbrella), smart money is on that glass coffee table getting absolutely smashed for dramatic effect. How could anyone witness that time and again and not always see a potential murderer quietly lurking in their living room, delicately holding their art photography tomes, magazines, and beverages?

As for unintended function, coffee tables are platforms for pets and young children to get into trouble. Anything on top of one becomes fair game for the knocking over or pilfering. I once had a pet rabbit when I lived with a friend in an apartment with a really broad wooden coffee table. When I allowed him to run around out of his cage (necessary for exercise), he’d immediately run to the coffee table and hop on board to harass whatever object caught his eye. This usually meant beverages and snacks. His favorite thing to do would be to rip tea bags out of mugs by their string and whip them across the room with his mouth, which probably would’ve been less accessible if it were on a taller and narrower surface.

Now, I’ve seen some majestic coffee tables that are sculptural works of art. I see them all the time on Instagram and I am often momentarily wooed by their beauty as they draw the eye like a domestic siren. Those are perhaps the most dangerous coffee tables of all, on account of their own inherent fragility, coupled with their ability to karate-chop your shins should they get too close at even a slowed walking pace—a common likelihood considering how they sit in the middle of the goddamn room directly in the pathway of traffic. They know exactly what they are doing.

What coffee tables don’t want you to know is that side tables exist. There are even tables so small and slight that they’re called “drink tables.” I do think drink tables are a bit more prescriptive than may be necessary, but a side table is a glorious thing! It fulfills the function of a coffee table in a much more compact way—and that’s not to say it’s any less aesthetically pleasing either. Especially if you live in a small home, as I do, side tables have been the saving grace of my living room activities. Anything I can do on a coffee table I can do just as well with a side table (eating, charging my phone, placing a book, painting my nails…).

A side table knows where to be so it’s not in the way. A side table gives me space and allows me to roam the living room unencumbered and do my YouTube workouts without having to rearrange the furniture. My shins do not have to live in fear of being accosted, and I do not have to resent the furniture that I have thoughtfully selected. My Instagram explore page may entice me from time to time with its quirky, vintage 80s furniture reproductions and chic Scandinavian minimalist designs but what’s even more beautiful to me is the vast, open space between my sofa and my third re-watching of Hulu’s High Fidelity.

Sable is a New York City-based writer. A former beauty editor and now a freelance narcissist, you can find her work on Allure, GQ, Vogue (Teen and regular), Nylon, New York Magazine, Man Repeller (obviously), and sometimes the packaging of beauty products. Like every millennial writer who came of age in the era of analog feelings, she has a newsletter. 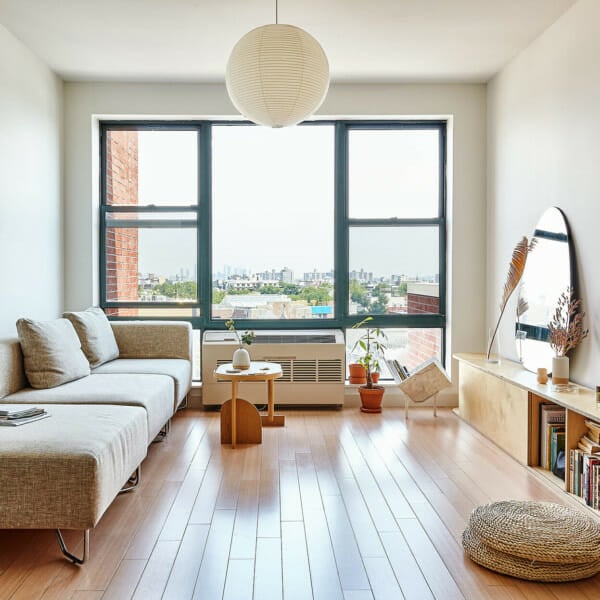 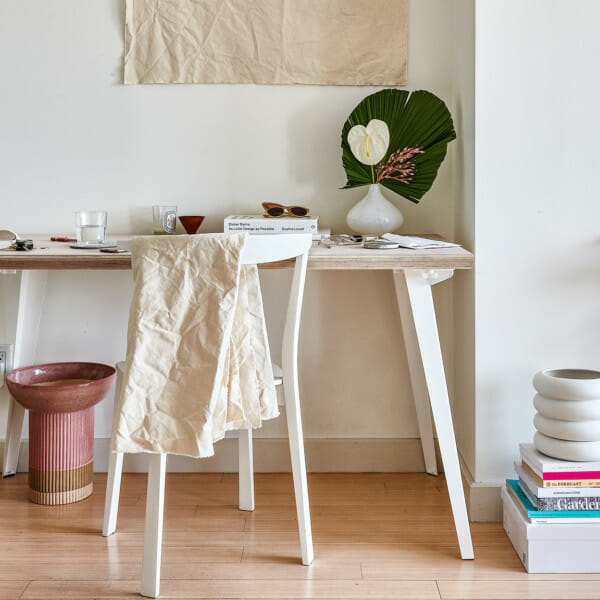 How to Thrive in a Small Space, According to 6 People Who Really Know 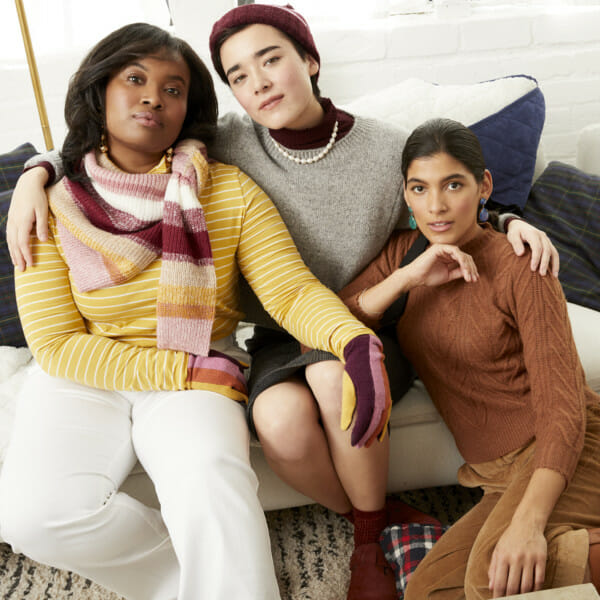 In partnership with LG

3 Spontaneous Dinner Party Ideas, Inspired by the Contents of Your Fridge