When I was 15 years old, I walked into a CVS with the remaining sum of my weekly allowance ($7.00) burning a hole through my pocket. I needed to get something — Lip Smackers, a new mascara, anything. As I tiptoed through the lotion aisle, I happened upon a tube of Jergens, which promised me a natural glow. As a stout suntanner who was not even emotionally scarred by the accrual of a third-degree burn (scar) on my chest the previous April in Mexico, this cream promised an honest reprieve from the wrath of New York’s dark winters. So I spent the whole $7, went home and started lathering.

I used it on my legs and arms, not knowing that I needed to spread it evenly across my whole body (and that it needed some time to dry). Within three days, I looked like a dirty leopard. My arms were streaky, my legs were orange and the rest of my body was still white. I also ruined two T-shirts which were never replaced (“That’s what you get for trying to cheat nature,” my mother probably said). I told myself then that I would never self-tan again.

Five years later, when I went abroad to Paris, my friend Roxana convinced me to book a spray tan the night before my birthday. “Just for a healthy glow,” she said. I did it and came out looking like Ross in that episode of Friends when he got a spray tan, just not as even.

I wish I had my own photo.

In October, just in time for maintenance season, I came across products by a brand called Tan Luxe. There was a facial serum and a body lotion and a spritzing-water product. 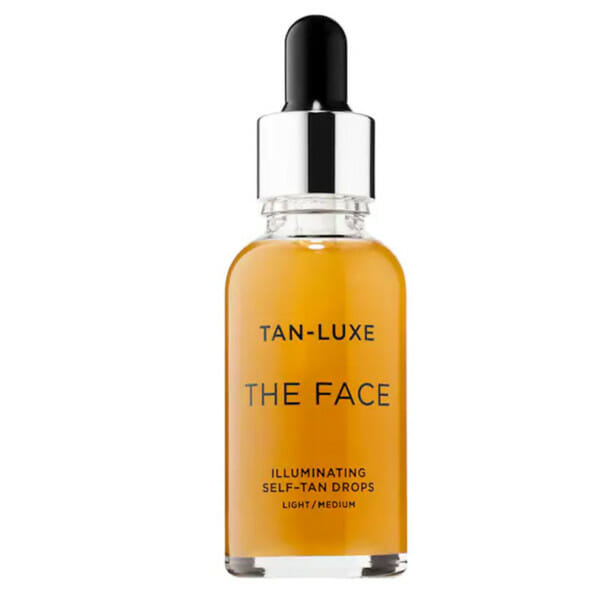 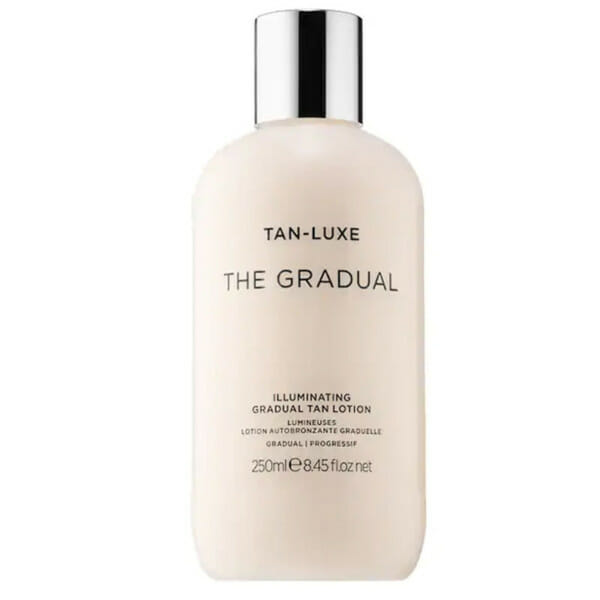 Frankly, the temptation to try to approximate a fake tan, sun notwithstanding, one more time, was just too great. I betrayed my former ban and started using the serum.

I’d apply it once to a clean face, usually before bed, and then not wash my face with soap the following morning. By the afternoon, I’d have a healthy glow that was nuanced enough for you to think I’d just been taking care of myself with, like, cordyceps and the powder of carrots grown in the ground right outside San Diego, but which was really the result of this serum.

If I used it more than once in a week, I ran the risk of becoming too orange (which I did). If I rushed the application process, I developed blotches of darker spots in various places around my face (these took days to clean off). I was careful. And I coasted through the entirety of winter, never — not once — sharing this step in my beauty process.

But during our company-wide April edit meeting, one of our team members pitched a story on self-tanner, confessing her own insecurity about how much she likes to use it. At that point, I felt a moral obligation to confess what felt like a Ponzi scheme I had been running across my face all winter. This glow didn’t belong to me. You could buy it (apparently from HSN) in a bottle! Then I got really in my head about it, and was just like: Why are we so self-conscious about some of the things that we do?

Some people refuse to share when they get Botox, or false lashes, or that they wax their arms. Is this a byproduct of shame? Self-consciousness? Why can’t I just sayyyyyy that I LOVE SELF-TANNER. The gross way it smells like dirty beach on your skin, and how sometimes it leaves prints between your fingertips (that’s how I know it’s working). I love when I wake up and it’s just there: a tan that does not cost a mole and a leg. Sometimes, it leaves a hint of orange on my face towels, which make me feel like I really worked for my tan. I don’t know why. It just does.

So I’m throwing in that towel (I’m sorry, I had to — the fruit was hanging so low!), confronting the shame and coming out with it: I wear self-tanner, I very much like self-tanner. I miss tan mom.