I was first introduced to the concept of a yoga block when I attended my premiere Sky Ting yoga class, summer 2016. The early Outdoor Voices team, of which I was a new member, had a weekly class at Sky Ting’s original Chinatown location on Tuesday afternoons, mid-workday.

I’d never been to a yoga class with props of any kind before, and I approached them with low confidence and mouselike tentativeness. It turned out that Sky Ting’s instructors incorporated the cork block not as an added complexity but rather as a booster, a support system that could be accessed when certain poses felt a hair out of reach. Outdoor Voices happened to be launching its own yoga block collaboration with Visibility Studio, a “Shapes Bundle” of three different geometries, at the same time. It felt like it was raining blocks and I hadn’t gotten the memo.

This memory of how I was once intimidated by a piece of cork recently resurfaced. I haven’t shopped online in the past month, aside from my week one quarantine impulse to establish the world’s smallest, most-half-hearted home gym. I wish it looked like this:

But alas, it does not. I bought a super basic yoga mat, two five-pound weights, and one Manduka cork yoga block. Of those three purchases, guess which one’s been the most versatile? Yeah, no, it was the $20 rectangle. It was the cork block. 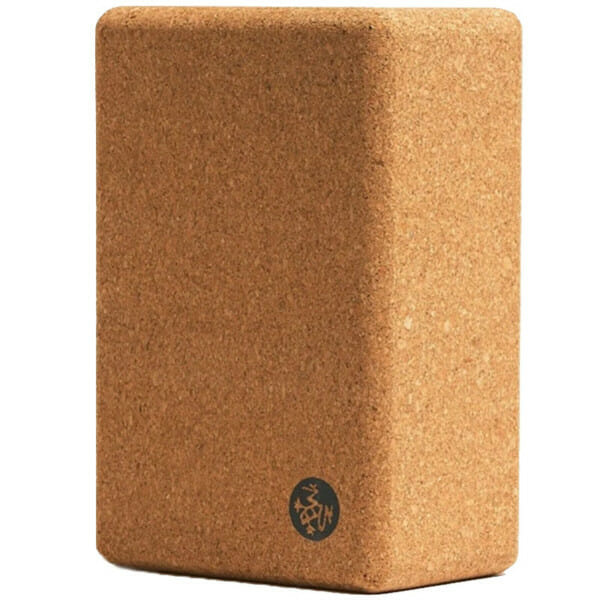 I didn’t really buy it to practice yoga. I bought it to finally do something I’d been meaning to do for months, which was to drape myself over a block once a day, in the name of chest expansion and mitigating back pain that stemmed from hunching behind my camera on photo shoots. Weeks after the purchase, lying over the yoga block in silence at the end of the workday has become my form of meditation. It quite literally forces me to see things from a new perspective (the floor), which is helpful when seeking fresh visual stimuli.

But that’s not all. The cork block not only moonlights as a chest-expansion tool. It’s the Swiss army knife of dense rectangles. During the day, I use it as an ottoman, perfecting the ergonomic ratio of my WFH chair to the floor, so that I can balance my laptop on my lap comfortably. When it’s not playing host to my slippered feet, it’s on my lap or my desk, elevating my computer and helping me avoid the dreaded upturned angle during a Google Hangouts pitch meeting.

The cork block: it’s a facilitator of muscular wellness, it’s an ottoman, it’s a laptop stand. What else? It looks like a package waiting to be opened if you leave it in the right place, angled just so in a certain slant of light. Got a lot of carrots? Treat the cork block like an extra-thick, extra-tall cutting board. Going on a trip? It looks like it’s about the right size to be an Away suitcase for a terrier. Got a hole in your wall? Plug it up with the cork block if said hole is the size of a child’s shoebox. Always complaining that your pillow isn’t firm enough? I’ll show you firm—look no further than the cork yoga block. Got friends who come over (in normal circumstances) and ask, “What’s that?” Grunt in the block’s general direction and call it “the prototype.” Because I’ve seen a cork block contextualized in chic Outdoor Voices branding, I can justify it as a minimalist design object—what’s keeping me from using it as a bookend, too? With this high-functioning cork block, the possibilities are endless! Trust me. And try it? 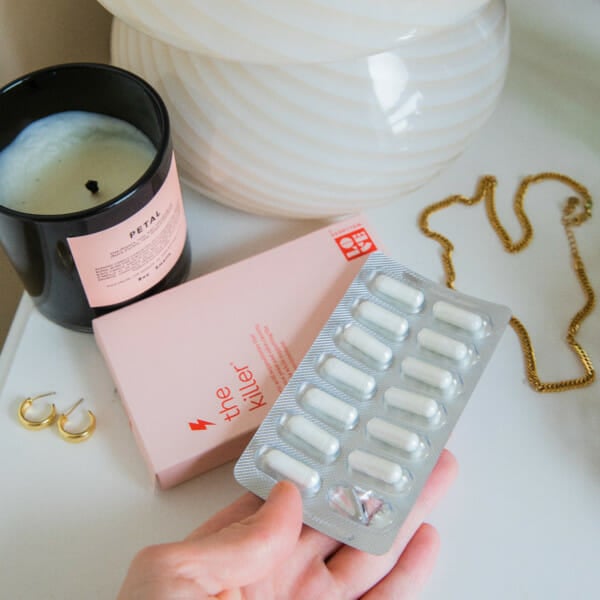 Trust Me, Try It: I’m Recommending Something Called “The Killer”?