The reason: I typically roll my eyes when I hear someone reference their skincare “journey,” but that’s literally what I set out on a few weeks ago when I realized at 8:50 p.m. on a recent weekday evening that I had run out of a tiny sample of what had become my favorite moisturizer. Said journey involved throwing on sweats and jogging to a nearby Sephora that was closing in 10 minutes, and returning home with a fresh tube of Dr. Jart+ Ceramidin Cream in my coat pocket. Victory is sweet. Calm, hydrated winter skin is even sweeter. 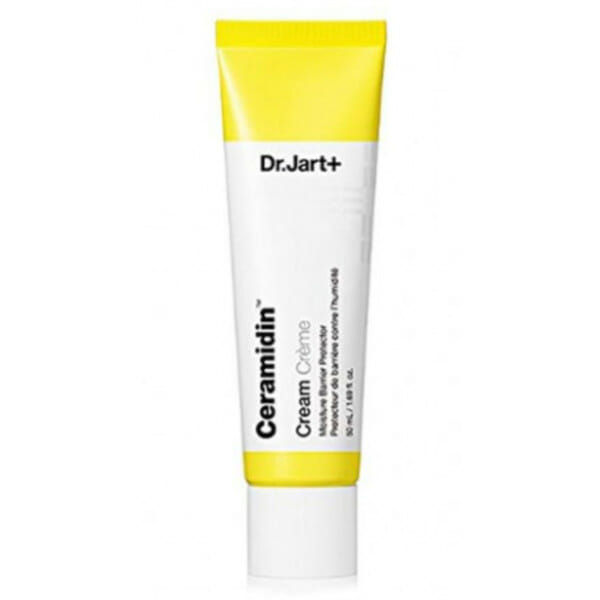 My first introduction to what is now a product I apparently need in my possession at all times was via the aforementioned sample, which I received in a holiday mailer last year. I’m pretty wary of trying new products because I have rosacea and my skin is really sensitive, so I stuck it in the top drawer of my bureau and promptly forgot about it. Until! I was talking to an esthetician who happened to mention that it’s the one moisturizer she recommends to people who have burned off their acid mantle from over-exfoliation. Luckily my acid mantle was and is still intact, but it had been feeling a little raw thanks to the descent of cold weather and indoor heating. I was getting more rosacea flare-ups than usual, and when I touched my face it felt more akin to sandpaper than I would imagine is ideal. I figured if this Dr. Jart cream was good enough for an acid mantle emergency, it was good enough to ease my bout of dryness and sensitivity.

AND NO SPOILERS BUT IT WAS. I’m obsessed with the smell. It’s kind of medicinal, you know? Which makes me think it’s extra good for my skin even though it may or may not be the normal amount of good. It’s definitely at least that, because ever since I started using it I’ve noticed a pretty significant improvement in the appearance of my facial skin suit, which I’m describing as such because I feel like I’ve used the word “skin” on its lonesome too many times in this story already, and there’s really no other way of saying it without sounding like I’m abusing a thesaurus. Membrane? No thank you. Crust? Okay, maybe.

I’m also extremely into the texture, which is light but still creamy and sinks in immediately. It gives my skin an almost velvety quality. Not greasy at all. Sublime, truly. I like it so much that I did some research about why it’s so great and I learned that it contains ceramides (hence the name) which help with water retention. When you are lacking in ceramides your skin can look dull and dehydrated, and hello–if you’ll kindly recall–that’s exactly what my problem was before I started using this moisturizer!