Eyebrows are the avocados of the face.

We (and by we, I mean SOCIETY) can’t stop talking them. We rank them. We post Instagrams about them. We devote entire Pinterest boards to them. We write and read articles about them.

It’s a little absurd, but also, I get it. Relative to the rest of my extremely low-key makeup routine, my eyebrows are the beneficiaries of copious tender love and care. I’m willing to devote more attention to them because when they look good, I feel like the rest doesn’t really matter (bare skin, zits, etc.), so it’s kind of a cost-benefit approach.

As a result, I am obsessed with gleaning eyebrow-related knowledge — beloved products, plucking tips, brow guru recommendations — you name it. I recently picked Team MR’s collective brains for their best eyebrow secrets. Scroll down to read what they divulged. Don’t forget to deposit yours in the comments section. That’s how an honorable eyebrow knowledge-sharing economy works.

Who dropped this knowledge? Leandra, Founder

Why is it your best eyebrow secret?  I have never had them shaped or waxed or threaded or tweezed, and often I forget to remove my unibrow, too; I do pick them at the ends though (it’s a nervous habit), so I tend to fill them in. My favorite products are Charlotte Tilbury’s “Legendary Brow Gel,” which is tinted and replete with some version of a pomade that actually promotes hair growth, and her Brow Lift Three-Way Shape, Lift & Shade Eyebrow Tool, which is a pen on one side and a brush on the other. Sometimes it’s like the upper half of my face is a coloring book. A strong brow says something powerful about the woman who carries them and Charlotte’s products definitely promote weight lifter brows if you know what I’m saying.

How did you first hear about it? I learned about the gel when we were on set with Charlotte last winter, actually, as the launch partner for the product and I’ve been using it ever since.

Cool, and how would you describe your eyebrow personality? George Whipple in a Missoni bikini, eating a gluten free croissant off the coast of Saint-Jean-Cap-Ferrat.

Nicky Cayot for waxing and tinting

Who dropped this knowledge? Amelia, Head of Creative

Why is she your best eyebrow secret? Nicky is my friend and eyebrow hero. She waxes them, then dyes them (she also dyes my lashes — makes a huge difference, then does a little plucking and joojing around my hairline). She changes my face back to the way I like it each time I go. She’s great because she’s patient and won’t do anything crazy. If you were to say, “I want my eyebrows to look clean but not waxed, but I want them waxed,” she’d say, “Okay,” and do exactly what you imagined. I also just genuinely like going there to catch up with her.

How much does it cost? $45 for a brow wax and brow tint

How did you first hear about it? I met Nicky maybe five years ago when she worked at Benefit. She is the Nicky I mention in this very old MR story about comparing Brazilian Waxes to Soul Cycle.

Cool, and how would you describe your eyebrow personality? Well, I always say that I don’t wax my eyebrows, I wax my forehead and leave eyebrow shapes where eyebrows belong, so…

Why is it your best eyebrow secret? Since I don’t pluck or pencil my brows, a tool that casually shapes them while adding a little color was the perfect easy solve. Before I got bangs (which hides my brows and thus the maintenance), I wasn’t going for a full manicured brow look. I actually used this product to mess them up a bit, make them look a little wilder and bigger. The gel lets you do whatever with a light hand.

How did you first hear about it? I found it at Sephora a few years ago, immediately bought two and kept going back for more.

Cool, and how would you describe your eyebrow personality? My eyebrows are very middle-of-the-road. I wouldn’t call them sparse, but they certainly aren’t pronounced. If I do anything to them, it’s not pluck or draw, it’s just…fluff. I fluff them.

Why is it your best eyebrow secret? Very easy to use, fills in my brow gaps without looking filled in and it doesn’t smudge if I touch my face.

How did you first hear about it? I went to the MAC counter in 2009 and it’s the only thing I’ve used since. HOT TIP: After you’ve applied, run a dry eyebrow brush over it so it looks more natural.

Cool, and how would you describe your eyebrow personality? Strong and well-groomed.

Why is it your best eyebrow secret? You can just slap it on and you’re good to go. It’s so easy.

How did you first hear about it? I don’t think I could not know about it even if I tried, but it lives up to the hype.

Cool, and how would you describe your eyebrow personality? Unusually dark compared to my hair, and often misshapen thanks to my pillow.

Why is she your best eyebrow secret? Maral is a brow whisperer who will change your life. She’ll lift your entire face and make your cheekbones look as if they could cut glass.

How did you first hear about it? Julie Schott, Beauty Director at Elle.

Cool, and how would you describe your eyebrow personality? I know it’s all about the natural, bushy brow right now but I’ve always loved a dark, neatly trimmed brow with a well defined arch (the holy trinity). I’m currently working toward Olivia Culpo status right now.

Why are they your best eyebrow secret? I have always had blonde hair, but my eyebrows have always been brown, so I don’t like them to look filled-in or super dark. Mascara wands are great for shaping them without making them look unnatural or over-groomed. They also come in handy whenever your mascara clumps. Every time I go to Sephora, I take a few from the makeup stations (thank you, Sephora!).

How much do they cost? FREE! But you can also buy them from Amazon in bulk for under $5.89.

How did you first hear about them? I think I read about some celebrity doing this and thought it was genius.

Cool, and how would you describe your eyebrow personality? My brows have been pretty thick/bushy ever since I quit waxing a few years ago. Sometimes they have a mind of their own, but brushing them usually keeps them in check.

Angela Marinescu at Exhale for Shaping and Tinting

Who dropped this knowledge? Harling (a.k.a. me!), Fashion Editor

Why is she your best eyebrow secret? She’s meticulous about tailoring your overall brow look to the shape of your face so it feels very individualized. ALSO: She puts a warm towel around your neck while you’re lying on the table!!! I would keep going just for that.

Cool, and how would you describe your eyebrow personality? ISFJ.

Why is it your best eyebrow secret? I know it sounds awful but I use a light brushing of matte eyeshadow to fill in my brows and it works so well for me. It’s so easy I can even do it on the train. I also pluck once or twice a month to just clean away the random strays but it’s not a severe grooming, just light maintenance.

How did you first hear about it? I think I made it up.

Cool, and how would you describe your eyebrow personality? Simple and clean. I hope. 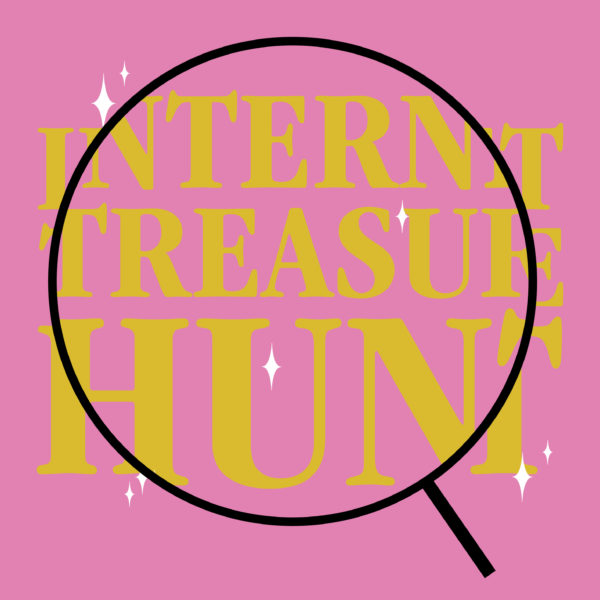