After weeks of inhabiting the body of an industrious pioneer woman, Freaky Friday-style, my natural inclination toward food laziness is beginning to restore itself. I enjoyed my period of experimentation, and I still want to eat large quantities of delicious food, specifically bread or bread-adjacent delicacies—I would just prefer if I could secure these things by walking into a restaurant or bakery. Since this option is not available, and my passion for measuring out numerous ingredients by the teaspoon appears to be waning, I’m interested in brokering a compromise: cheating.

Not the bad kind of cheating, though, like the kind that might get you kicked out of school. The good kind! The kind that enables you to cook great stuff with extremely minimal effort. I acquired my taste for this particular breed of cheffing when I tried Purely Elizabeth’s “Ancient Grains” pancake mix last week.

The “cheat” was using a pre-made mix instead of whipping up the pancakes from scratch, and do you know what? The resulting breakfast was so good I made it again the next day. All you have to do is add an egg, some oil, and water. It takes like two seconds, which in addition to being addictively fast also made me wonder what other cheats I can incorporate into my feeding rituals. So I put on my “hungry investigator” cap and asked six food people to spill the beans (pun intended) about their favorite cooking cheats–i.e. specific food products that expedite their cooking adventures to delectable effect. Read their answers below.

Favorite culinary “cheat” product: Brooklyn Delhi simmer sauces! For context, back in March, I had this rosy vision of what life would be like at home all day. I imagined myself nurturing loaves of sourdough (I ran out of flour two weeks ago) and simmering elaborate curries all morning to enjoy for a leisurely lunch (to date, my most involved afternoon meal has been pesto pasta). So, in order to feed myself properly, I’ve necessarily had to find ways to streamline and save myself some work. That’s where the simmer sauces come in—my favorites are Dad’s Savory Tomato Curry and the Coconut Cashew Korma sauce. I heard about the sauces last year when we worked with Chitra, the creator/owner of the company, on a video project we were doing at Food52, and I picked up a couple bottles for myself. They are so fresh, and flavorful, and fully life-changing! They also save me hours—it takes so long to make the same kind of sauce from scratch and develop that kind of flavor.

And then—can I be totally honest?—I love pre-fried crispy onions. I’m talking good old French’s onions, the kind you probably busted out for every Thanksgiving in your childhood. I hadn’t eaten them for years until a few months back, when they happened to be in the Food52 office from a recipe test. I took home the container that I saw at work, and then when that was finished, I bought… another one. They’re so good to throw in salads and on top of soups, and TBH just to snack on.

What it’s useful for: For the Brooklyn Delhi sauces, particularly the tomato kind, I just heat the sauce in a sauté pan and add in a can of drained chickpeas, plus some cut sautéed vegetables (mushrooms, peas, cauliflower, potatoes, a big handful of kale and spinach—anything, really), just to heat all of it through. It seriously takes minutes for a really great meal to come together, which I then eat with leftover rice or naan or even a flour tortilla.

For the fried onions, my favorite thing to do with them is to actually crush them finely and coat planks of pressed, seasoned tofu with them (h/t Food52er Emily Connor for this one), then pan-fry them in a skillet or bake them in the oven, kinda like these chicken fingers. The crusted tofu gets super crispy and the onions add so much great flavor and texture. They’re also really delicious over a big arugula or dinosaur kale salad with a healthy squeeze of lemon on top. 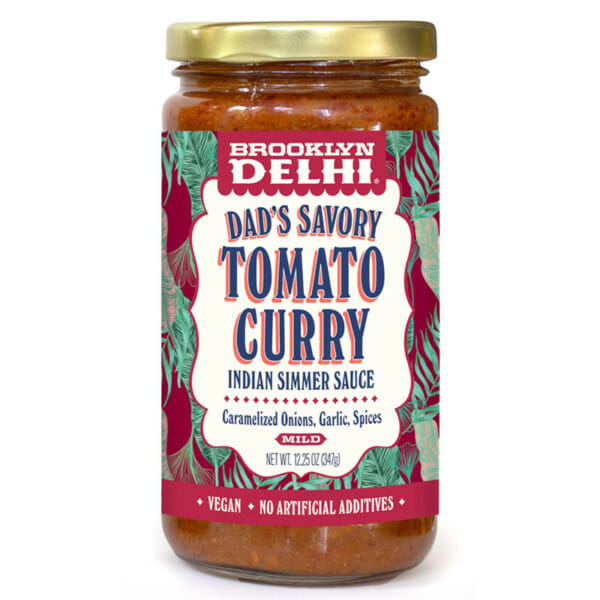 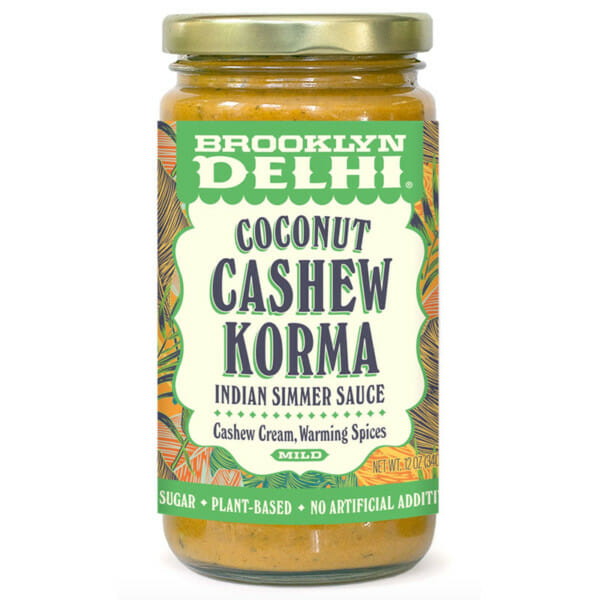 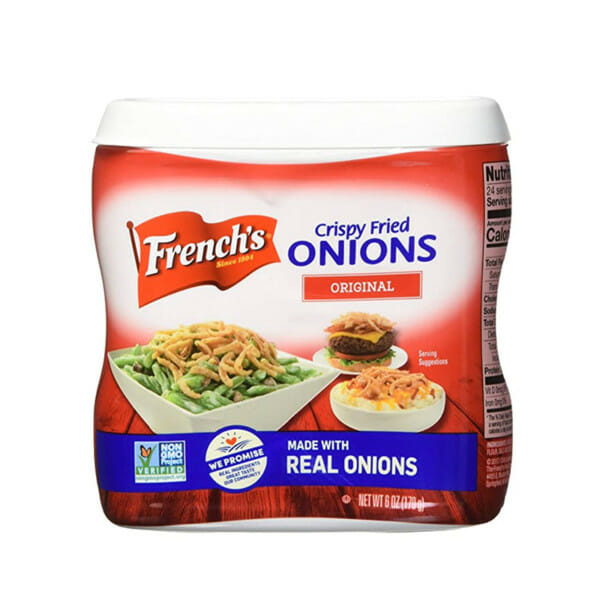 Favorite culinary “cheat” product: Maesri Fried Shallots and Lars’ Own Crispy Fried Onions (because making fried shallots or onions at home is very labor intensive, since you have to have the oil at the perfect temperature).

What they’re useful for: They add soooo much texture and flavor to sooooo many recipes–salads, roasted veggies, potatoes, pasta, lasagna, nachos, avocado toast, eggs, fish, meat–basically anything! I love them so much I eat them as a snack. You’re going to become addicted. 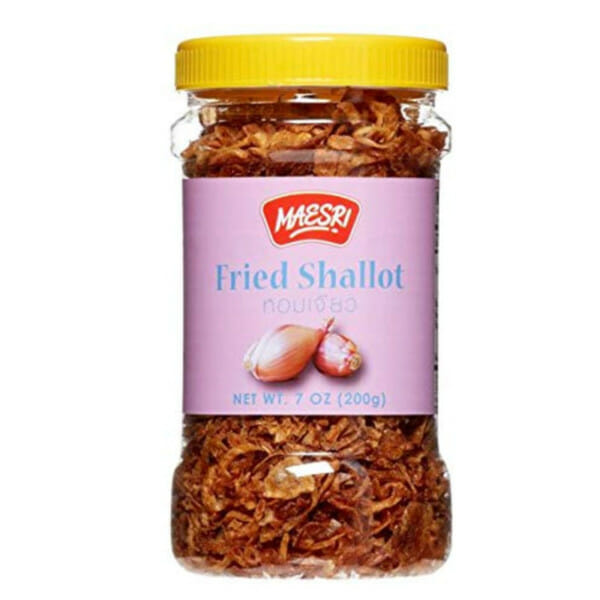 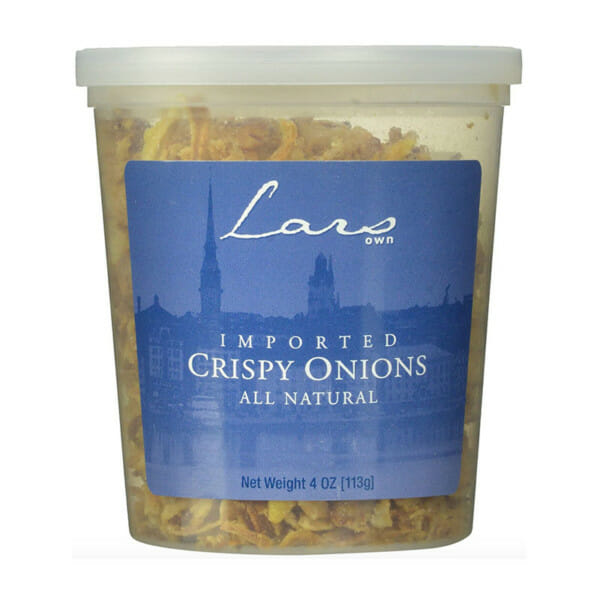 Pastry chef, master baker, and co-owner of Friends and Family in East Hollywood.

What it’s useful for: Nutella can withstand oven temperatures, so I use it to fill hamentashen cookies or brioche buns. For the latter, punch a hole in the middle of each of them and fill with a good scoop of Nutella. You can top with streusel after or just leave them plain. 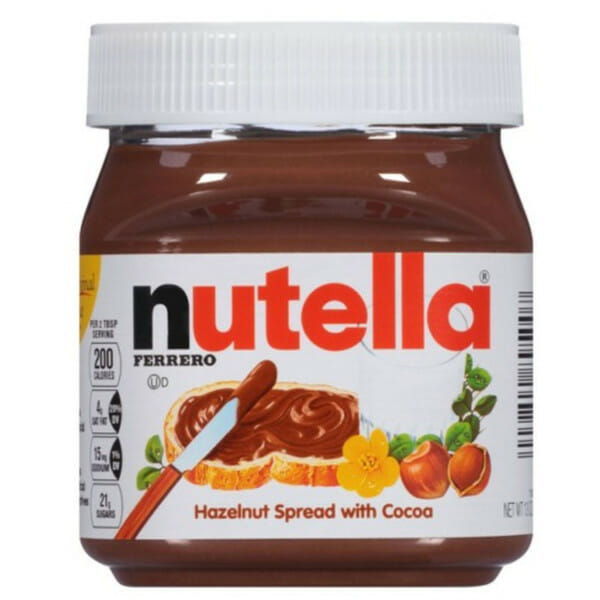 Favorite culinary “cheat” product: Haven’s Kitchen sauces—particularly the Nutty Lemongrass flavor. Quarantine or not, I never want to deal with my blender (such a schlep), and this Haven’s sauce elevates even the simplest bowl of rice.

What it’s useful for: I use it to make a lazy stew with coconut milk, tofu, whatever vegetables I have in the fridge, and rice! I pile all of those ingredients in my Dutchess and let them hang out for 20 minutes or so—it’s really not precise, but I’m convinced you can’t mess it up. Oh also, I discovered it because I’m a big fan of the Haven’s Kitchen cooking school and café in Flatiron! If you’re looking to learn how to cook or just refine your skills, I highly recommend. 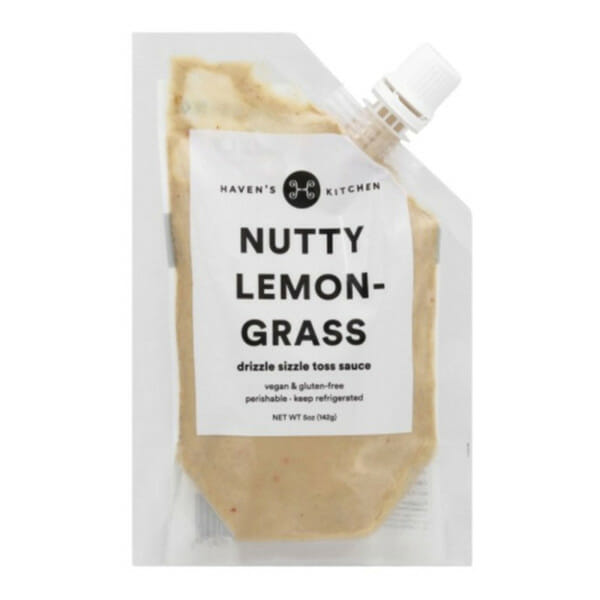 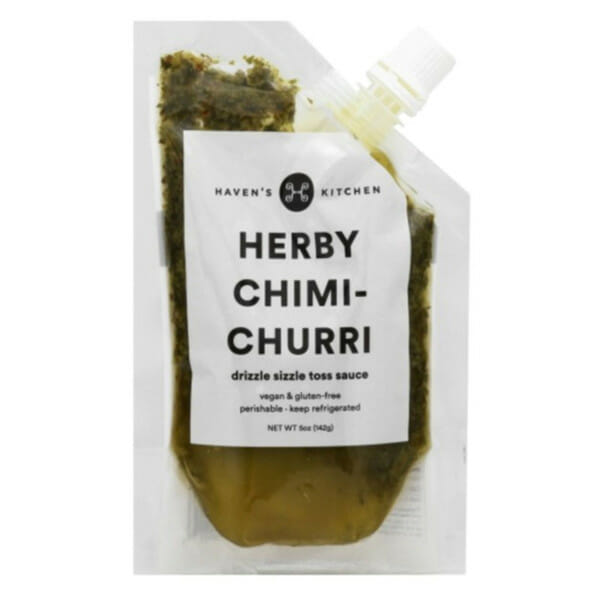 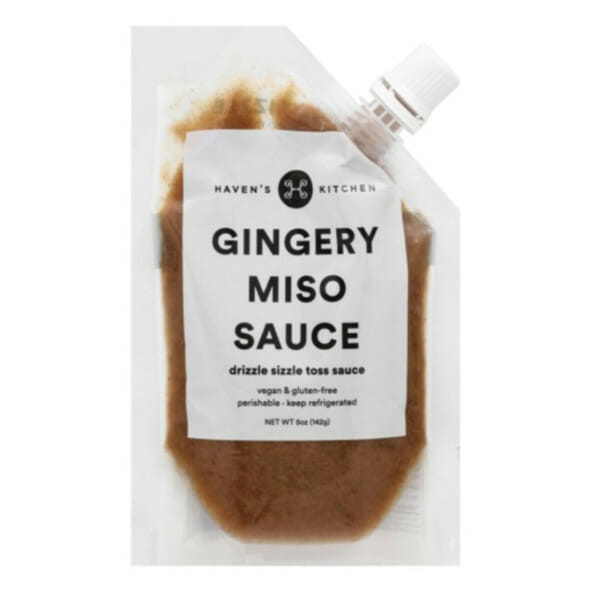 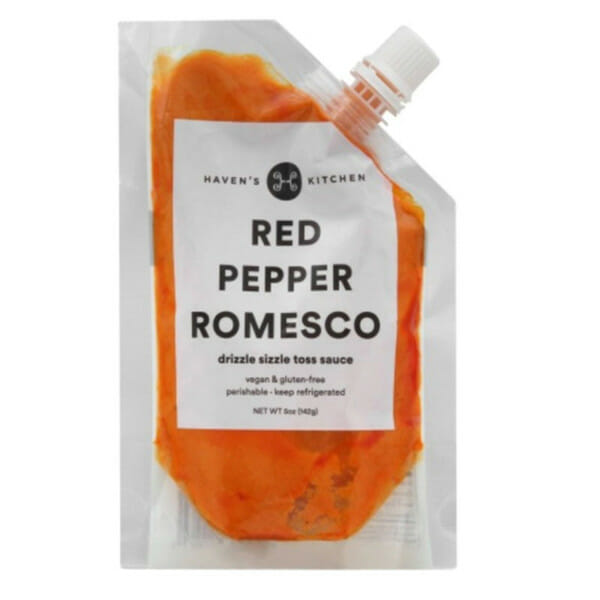 Culture Director at Glamour and the brains behind Disaster Baking, an objectively perfect newsletter.

Favorite culinary “cheat” product: I have a bunch, but most fall under the general umbrella of pastes, dips, and sauces. With the help of a few trusted condiments, plain rice or pasta or a can of chickpeas can become at least five or six different meals. (Start with: gochujang, harissa, Soom tahini, and chili crisp from the new-ish Fly By Jing.)

With that said, the absolute best cheat I can recommend comes via my friend Indy, who showed me how to make the speediest and most delicious salad dressing with hummus. I’m obnoxious about true hummus—the luscious kind that’s made from scratch and served warm ruined the stale stuff on store shelves for me. But on a visit to Indy’s apartment in Berlin, I watched her make a dressing with a spoonful of supermarket hummus, thinned out with lemon, water, and a bit of oil. She used it on greens, avocado, and tomato, and it became a perfect meal—a dip and vegetables, masquerading as a salad.

I’m otherwise so, so reluctant to make salad dressing, which isn’t even that much work but just feels taxing to me. This is the best and most delicious and simplest hack I know, and it justifies the existences of store-bought hummus, IMHO. All brands work, but I like Abraham’s and Tribe better than the ubiquitous Sabra.

What it’s useful for: [Ed note: Mattie over-delivered not only with her wealth of answers but also her instinct in answering this next question before I even asked it. Proceed!] 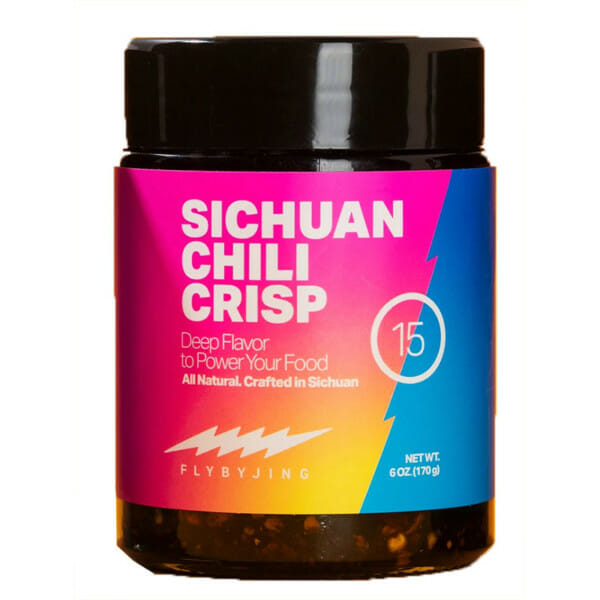 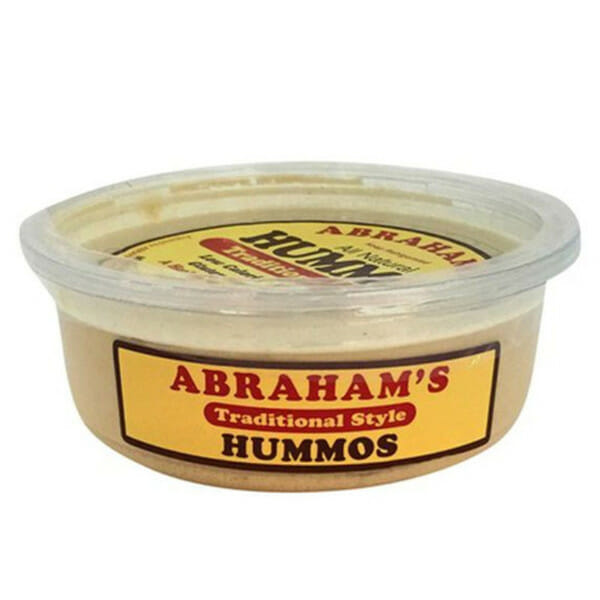 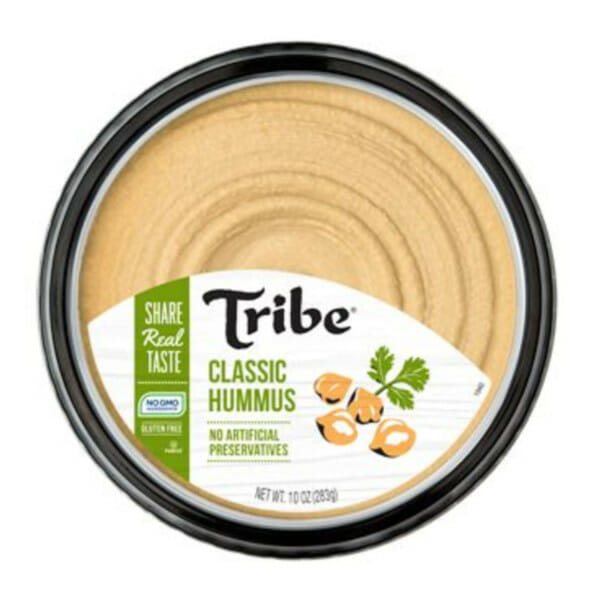 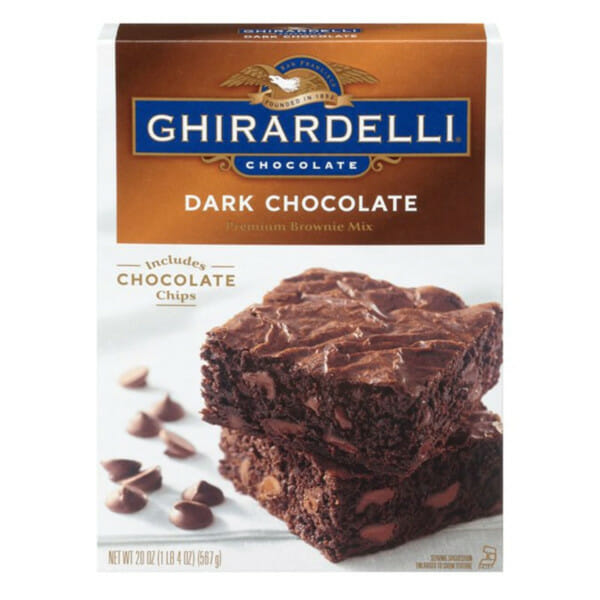 Favorite culinary “cheat” product: Trader Joe’s Hash Brown Patties are my freezer MVP. I have it on good authority (my mouth) that these are the exact same frozen patties that are fried and sleeved in fast food chains for breakfast, only rebranded. I first discovered them shuffling through the frozen food bins at TJ’s and haven’t looked back since.

What it’s useful for: I’ve never followed the oven instructions because they are so easy to reheat in a pan and get extra crispy. My #1 favorite use is breakfast tacos: fry up a patty, slice in half lengthwise, and snuggle each hash brown baton in a corn tortilla with egg, hot sauce, avocado, whatever else you have around. I’ve also been known to use them in place of a bagel: schmeared with labneh or cream cheese and topped with a few slices of smoked salmon, capers, black pepper, and a squeeze of lemon. 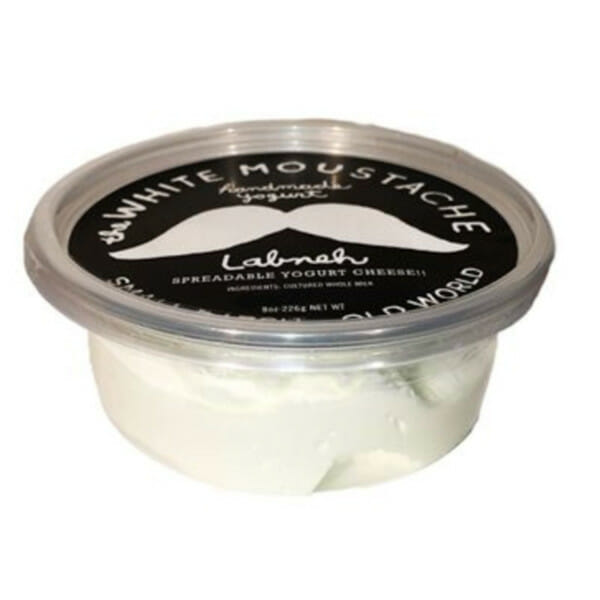 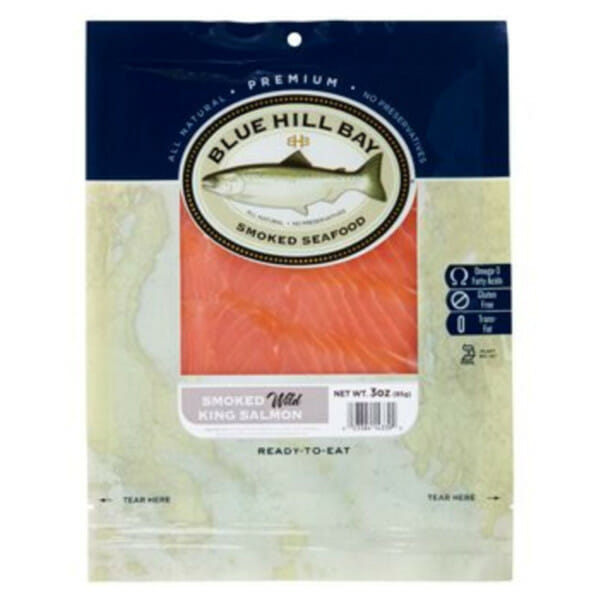 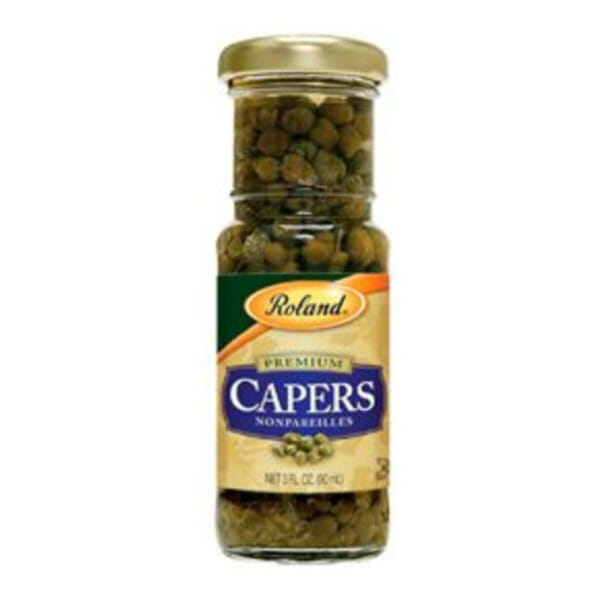 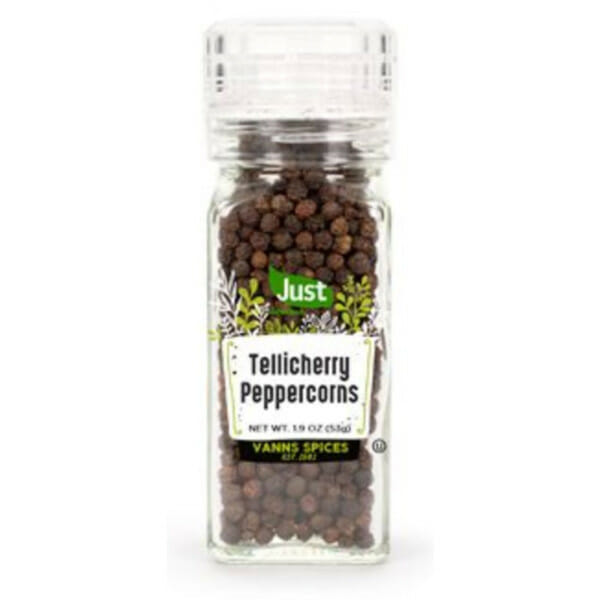 Okay, your turn! What culinary cheats make your world go ’round?