I’ve always had a soft spot for Spam Emails.

Maybe it’s because I have, at best, only a vague understanding of how computer viruses work. (Apologies again to all of my previous employers, I swear I didn’t know downloading files from a site called Very.Legal.Bootleg.Movies.com would cause any problems.)

But also because, in a way, Spam Emails are a symbol of optimism. Despite the fact that so few people actually open them, scrappy little online criminals continue to send them out daily, hopeful that at any moment, an unsuspecting person will click the link and send over all of their personal banking information. (I’m not saying they’re good people—just that they’re optimistic.)

So, in the spirit of being a good samaritan who once (almost) took a webinar on email marketing, and something of a Spam scholar, I’ve decided to share my deep dive into my four favorite varieties of unsolicited Email.

Someone—typically a foreign dignitary—claims to have millions of dollars that they need to pass off to somebody else ASAP, and after finding you online (presumably through your long-forgotten Xanga entries and a 2009 newspaper article about your high school’s production of A Funny Thing Happened on the Way to the Forum), they’ve realized that you’re their only hope.

The scammer claims that they’ll transfer the money into your bank account for you to hold onto for a little bit, like some sort of financial version of the Baby-Sitters Club, and, in turn, you’ll get to keep a chunk of the money. But! When you send them your bank account information, they’ll just completely drain it instead—all $14 of it, in my case.

(My heart goes out to any real prince or princess in distress out there, who’s desperately trying and failing to find someone online to take their $11 million.)

Who would fall for it: This is one of the oldest scams online, so it’s tough to find anyone who isn’t aware of it. The Spammers should corner a market of people who are new to the internet—like time travelers who haven’t done their research, or people who just woke up from a coma they’ve been in since 1995.

How could this be improved? If they really want to fool people, the Spammers should better tailor their emails to each recipient. For example, nothing about me says that I should be trusted with their money, so it’s immediately clear that it’s fake. However, if they emailed saying they needed someone to send some overly complicated 90 Day Fiancé fan theories, then I’d be more likely to believe that I really am the best person for that.

Hot Singles In Your Area

Sometimes these Spam Emails get weirdly specific—like “Sexy_Hot_Chick_89 has sent you a message ;)” These ones are especially panic-inducing, because they make me wonder if, in some sort of fugue state, I made an account and messaged her that she has the same name as my Grandmother.

Who would fall for it: Men.

How could this be improved? Sexy_Hot_Chick_89 seems nice, but a little lost. While it’s sweet of her to keep asking strangers if they’re “looking to video chat with beautiful women in their area,” maybe she should take a step back and find herself through the 2020 version of Eat, Pray, Love (that’s when you Postmates a large pizza, do the first 10 minutes of a Yoga with Adrienne video and watch a full season of Love Is Blind in a day).

These Spam Emails claim that, through the power of science, they’ve created a pill that will make you lose 50 pounds in the span of two weeks, without any diet or exercise or annoying #Fitspo hashtags from your cousin’s new wellness Instagram account.

It’s embarrassing, but as a millennial woman who is easily influenced by society, I have Googled this, every day of my life, several thousand times over. (In fact, I’m searching it in another tab right now.)

Who would fall for it: Me, after I bought a size small bridesmaids dress thinking I could fit into it by the wedding, and now we’re three days out and it doesn’t even go over my head.

How could it be improved? It’s 2020 and the world is finally embracing body positivity, so maybe they should ditch the boring weight loss idea, and go with something more fun—like a pill that makes you understand what your 15-year-old cousin is talking about when asks you to film her doing a “Cottagecore Dance to a Charli D’Amelio Soundbite” for TikTok.

Your alma mater’s hitting you up for a donation, yet again. While it may not technically be a Spam Email, it does have a lot of things in common with them, like an overall tone of desperation, constantly requests for more money, and me deleting both of them right away.

Who would fall for it: Overly optimistic new graduates, rich retirees looking to get their name on a building, and very few people in between.

How could it be improved? If they’d promise to turn my super tiny liberal arts college’s American Studies degree into something useful—like economics or biochemistry (is that a thing?)—I’d send them $20 right away. 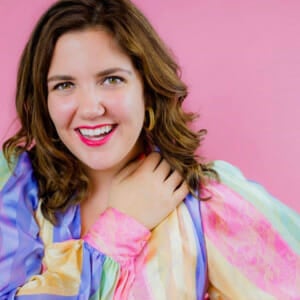 3 Black Trans and Non-Binary People on Violence, BLM, and the Future