“I’m pretty sure he will message back,” my friend told me as she frowned at her phone screen. Her confidence had been sufficiently bolstered by the bottle of Prosecco we’d sunk as we analyzed the string of messages between her and her most recent squeeze, and his sudden radio silence was starting to seem more excusable with every sip. “I mean, it is weird because normally he’s so quick to respond. And he hasn’t really been asking me many questions lately. But he did say he’d been busy. And he only read it a couple of hours ago.”

But did our modern day Romeo message back? Reader, he did not. My friend had been ghosted, the rug of her blossoming romance whisked from beneath her feet quicker than you could say “check if he’s been online again!” Her paramour had played into the most prolific and downright unpleasant dating trend of our time, disappearing into the dating app ether without so much as a “it’s not you, it’s me” to soften the blow.

For anyone looking for love in the Tinder age, few things will make us want to delete our dating apps more quickly than any mention of ghosting. The phenomenon of ceasing contact with a romantic interest after anything from a few messages to months of dating is one of the trickiest — and psychologically damaging — tribulations of dating in a digital age, with 80% of millennials admitting to experiencing it. In response, dating app developers have started coding solutions to this problem, but such efforts beg the question: Is ghosting a human issue or a technological issue?

Badoo has introduced a new feature reminding users if they haven’t responded within a day, and offering up suggested responses just in case you’re the victim of a perpetual mind blank rather than the much more likely loss of interest. Hinge sends almost passive-aggressive reminder that it’s “Your Turn” each time you receive a new message, initially suggesting that this feature reduced ghosting on the app by up to 25%.

Bumble, which urges matches to respond to each other by setting a limited time-frame within which to do so, has been particularly outspoken when it comes to the trend, even sending out scores of bright yellow pedicabs emblazoned with “NO GHOSTING ON BUMBLE” in block print to mark Halloween in New York. But are these tactics really working?

Dating apps offer us up a plethora of potential matches and the addictive dopamine hit that their game-like nature delivers is primed to keep us swiping. Whilst they may be set up to find us a partner, they are, by their very design, keyed to keep us coming back for more—hardly a recipe for long-lasting and monogamous romance. There is, after all, a reason why apps like Once, which aimed to provide more genuine connections by providing users with one tailored match per day, failed to take off compared to their counterparts with a kid-in-a-candy-store approach to finding The One.

“Tinder and Bumble (and any apps that gamify the search for love) may be particularly appealing to users because they allow them the gratification of having matches pop up instantly,” explains technology and relationship expert Michelle Drouin. “That’s a social reinforcer that feels good and encourages further use.”

Although failing to get a call back after a seemingly successful date may be a tale as old as time—or at least as old as landlines—many see the apparently meteoric rise of ghosting as an inherently technology-driven problem. Could that be true?

“While bad behavior has been around as long as humans have, there has been quite a dramatic increase in what could generally be described as narcissistic behavior that maximizes the pleasure of the individual over the feelings of others,” explains psychotherapist Denise Dunne, when I ask her about ghosting. “The normalization of bad dating behavior, giving it humorous child-like almost affectionate names like ‘ghosting’ or ‘submarining’ only serves to enable users to dismiss what might otherwise be regarded as rude or hostile or otherwise unacceptable behavior as just part of the experience.”

Dunne adds that the game-like interface of many dating apps is perfectly primed for anti-social dating behavior. “The design could contribute to an objectification of user profiles and consequent reported narcissistic behavior of ghosting, bread-crumbing, benching, and general dishonesty,” she reports. “If they are just characters in a game, then they do not have feelings to hurt.”

The anonymity offered by a screen; the illusion of plenty of fish in the sea; dating devices designed to keep us logging back in. As much as dating apps are making cursory moves to prevent ghosting, they seem, by their very nature, structured to support it. There is, after all, something about them that undeniably appeals to our selfish side. They have rewritten the etiquette of finding a partner, enabling us to spend our evenings swiping through stacks of profiles without giving much thought to the people behind them; to write people off instantly if a date doesn’t match our idealized expectations; or to ghost someone when the lure of going back online gets too strong.

“Human beings are pleasure seeking and discomfort avoiding,” explains Dunne. “When relationships are built on just a profile picture or online engagement, the discomfort of rejecting someone can be so much more easily avoided. Unfortunately for the person being ghosted, they do not get to avoid the pain of rejection.”

So should we be worried about whether dating apps are invested in protecting us from potential ghosters? Maybe or maybe not—modern dating can be complex and scary, and rejection is an inevitable pothole in the road to finding love. Dating apps may enable our less humane qualities, but they have also revolutionized what it means to meet new people, laying the foundations of thousands of successful relationships and enabling more diverse connections. Ghosting seems hardwired into the game.

And my friend? She found someone who responded to her dizzyingly quickly and her ghoster was soon forgotten. There are endless people out there who are considerate enough not to cut someone from their life without the courtesy of a polite explanation. Maybe ghosting is a good way of turfing out those who aren’t before it’s too late. 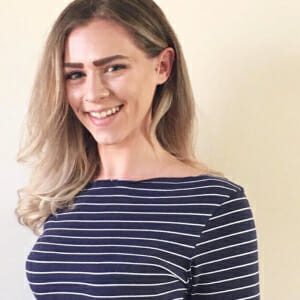