While putting on my makeup one recent morning, I decided not to reach for my eyeliner. This act in and of itself sounds unremarkable, but represents a tidal shift. Eyeliner has been a cornerstone of my makeup routine since seventh grade. Jet-black liner (the only color I ever wear) has been on my stranded-on-a-deserted-island list for upwards of ten years. It’s right up there next to Nutella and four-cheese pasta.

While I wish I could say this change was sparked by a beauty revelation or my keen intuition for changing trends, in truth my decline in eyeliner use can absolutely be attributed to general laziness. Transforming from a college student who’s only slightly worried about being late for class to a (semi?) functional adult who must either get to work on time or face unemployment does mysterious things to your mind, body and soul. I was dragging myself to bed later, waking up earlier and finding less and less patience with a beauty routine that ate up 40 precious minutes of sleeping time.

On that fateful day, I let my Smashbox gel liner sit untouched and swiped on an extra coat of mascara instead. At first, I thought I had sunk to a new level of not giving a shit, but then I started to like it. I mean really like it. I went eyeliner free the next day and the next day and the next. I liked looking more natural. I was ready to watch countless hours of wing practice circle the drain.

At first, my decision was purely based on the desire to sleep more. But I began noticing a lack of eyeliner elsewhere. My favorite beauty bloggers were backing away from it, choosing fake eyelashes or eyeshadow instead. Clearly, these are strange times.

During a text conversation about eyeliner, a hair and beauty vlogger friend of mine seconded my findings. “More and more, I see beauty gurus and even my friends switching from harsh liquid and gel liners for eye shadow smudged softly into the lash line or skipping it altogether,” she pointed out. “Even I will choose mascara over liner most days!”

There you have it. I doubt eyeliner will ever fully pass on to the other side, but it’s buckling up in the backseat while other eye-emphasizing products take the wheel. Me? I’ve stocked up on mascara to happily ride out the wave while enjoying those extra morning minutes. 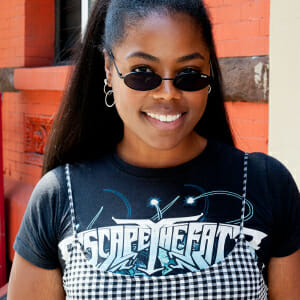