The lessons of physics class are often cast aside, by non-physicists like me, as being irrelevant to everyday life. But shouldn’t the laws that govern our universe offer some insight as to how we ought to exist in it? Could Sir Issac Newton serve as a catch-all therapist on human transformation? We are, after all, made of star stuff.

An object will remain at rest or in a uniform state of motion unless that state is changed by an external force. —Newton’s First Law

Good news! We do not have to face the chaos of transformation, the trenches of indecision and revision, so long as we remain isolated creatures who do nothing. Yet, on the off chance that you enjoy to do things and be in relation to others, you will be changed by the external. Stability is alluring—the idea that if something is good it will continue to be good is quite comforting. But so long as we believe these mythic assumptions, we are denying the universe of her proven truths. To embrace the inevitability of change, not just acknowledge it, is to shake hands with yourself, to look towards her gently, and say, “Why yes, this is what it is to be human!”

Force equals the change in momentum over time. In order words, the rate of change is directly proportional to the amount of force applied. —Newton’s Second Law

After we embrace change, we are left floating in its unruly aftermath. The particularly daunting life changes will likely propel you into a tailspin of self-doubt and self-discovery. And rightfully so! It takes more from us to accomplish hard things. You are not unreasonable or unhinged for feeling a wide range of emotions in the course of one day. For crying then laughing. For feeling affirmation in a decision then suddenly doubtful of it. For fearing the thing you love the most. Massive forces naturally increase momentum. Be gentle with yourself; it could not be otherwise.

Every action will have an equal and opposite reaction. —Newton’s Third Law

A key to transforming gracefully is to remain empathetic in the process. As we change, we also change the lives of those around us. Getting the job means someone else doesn’t. Moving in means someone else is moving out. Losing love means someone else might find it. We could concede to the worn-out narrative that it is a dog-eat-dog, every-woman-for-herself world, but the universe seems to suggest otherwise.

There is something unifying about humans transforming in a thousand different ways, all at the same time. No one has arrived at any steady state, and no one will. Change will keep occurring, actions and reactions happening with each tiny human’s breath. We are not isolated beings living only in the causal continuum of our own choices. We are, according to the universe, deeply connected, dependent beings living in a vast contingent web. Transformation is not harmonious or orderly, but together we are morphing into braver, brighter beings. 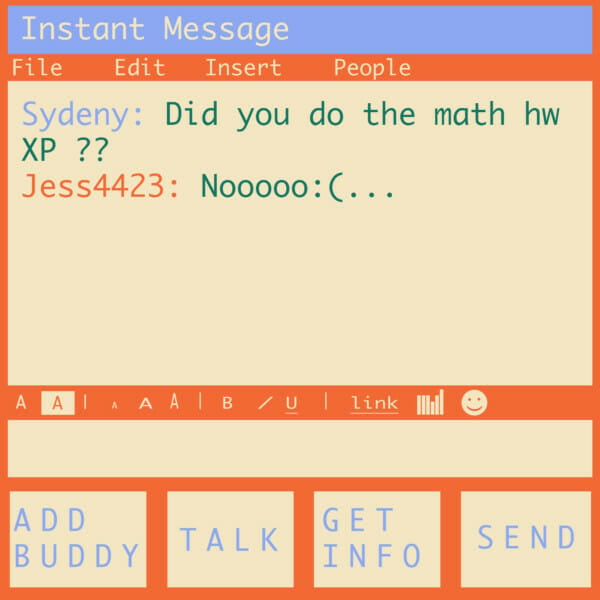 Where Are Our Favorite Middle School Time-Wasters Now?