This unusual time we’re living in puts our relationships with our own style under a new microscope, urging us to ask ourselves: Is the satisfaction of getting dressed in the act itself, or in the experience of the outfit being witnessed? Leandra and I have formed considerably different stances on this conundrum, so we convened for a healthy debate. —Harling

Leandra: I have been thinking about Edith’s question in last week’s editorial meeting, about whether the expectation of being seen by other people is the ultimate incentive to get dressed. Do you think personal style is contingent on other people seeing it?

Harling: I sure do.

Harling: Definitely up for it. Shall we begin?

Harling: Style is contingent upon other people seeing it because “style” as a concept implies that there’s a transaction taking place. Style is perception-based, right? So it only exists when it is perceived. Without visual dialogue, an outfit is just… clothes. I think you could say the same about writing an essay–it only becomes a story when someone else reads it. That’s why I haven’t felt motivated to put thought into what I’m wearing while in quarantine. Doing so would feel like asking a question even though no one is around to answer it–a waste of time! I definitely miss the effort of turning clothes into an outfit–which is to say, I miss the pursuit of style–but not to the extent that I’m interested in a watered-down version of it. It just wouldn’t feel the same. What about you?

Leandra: I think the answer depends on whether you consider my own perception as a part of the transaction you’re describing. Meaning: Does my perception of the outfit I’m wearing count? Because I don’t actually think personal style is contingent on other people seeing it. I get dressed in quarantine because I feel like shit when I don’t–it adds shape to my day in a way that is similar to meal planning, preparing, and consuming.

I don’t dress the same way I would if I were going out (though honestly, I feel so good when I put on jeans), but I’ve definitely applied the tenets of my personal style to the way I dress to: be home, go to the grocery store, take a walk, etc. I don’t think I get dressed for other people to see what I’m wearing–my mom used to basically chastise me for putting on “outfits” to stay home–but it doesn’t sound completely correct to say I’m not influenced by another person seeing what I’m wearing, so I’m trying to untangle that. Or maybe that’s just the whole thing–personal style is influenced by other people seeing it. But is it really contingent on that?

Harling: I admire you for continuing to put on outfits during quarantine. I wish I was the kind of person who felt the desire to do that. There’s something very pure, or iconic, about it, like making art for art’s sake. Whereas there’s something very commercial about the other side of the spectrum–the need for approval or appreciation in order to justify the “art.” I feel a little guilty falling so squarely on that side of things. I wonder what it says about my relationship with style, that I’m willing to let it fade from my life so easily. But to your point, maybe contingent isn’t quite the right word, because even though I’m not putting tons of thought into my outfits right now, I’m still thinking about outfits quite a lot. I’m still paying attention. I’m still being influenced and inspired. I love seeing the stay-home looks people like Tahirah Hairston, Mecca James-Williams, Michelle Li, Jenny Walton, Laura Kim, and Reese Blutstein have been putting together.

Leandra: For what it’s worth, I’ve never really thought of myself as someone who does art for its sake, who makes just to make. I’m very outcome-oriented! So I wonder if perhaps I’ve just replaced the outcome I used to know with the one I have now–which is the even more pervasive, global gaze of social media DUN DUN DUN. That changes the conversation entirely, although I should mention that what I wear while at home is different from what I wear to Instagram (a destination these days, IMO). Your point about thinking about outfits is interesting though–what are you thinking?

Harling: I remember a conversation we had right when you got back from maternity leave, about how posting a photo of your outfit to social media can definitely scratch the same itch as parading it around outside and/or in front of actual human eyes–maybe even more so, since it amplifies the number of people who see it. I do get satisfaction out of doing that, but at the same time it feels more like dress-up than getting dressed. Not a bad thing, just different.

Harling: I’m thinking about what I want to wear when we’re allowed to move about in the world normally again, though it’s very unclear when that will be. I bought one of these French Madagascan market dresses, which I am very enthusiastically looking forward to wearing in the future (and maybe even in the meantime, curled up next to a sunny window with a book). My “favorites” section on The RealReal is also particularly robust at the moment. I’m hoping this blouse goes significantly further on sale, and I’m very tempted to buy this nightgown and exclusively wear it as a day dress. Have been stalking Lacoste, too, because it’s really good right now. Can’t you picture me in these terry shorts and this oversized sweatshirt?? 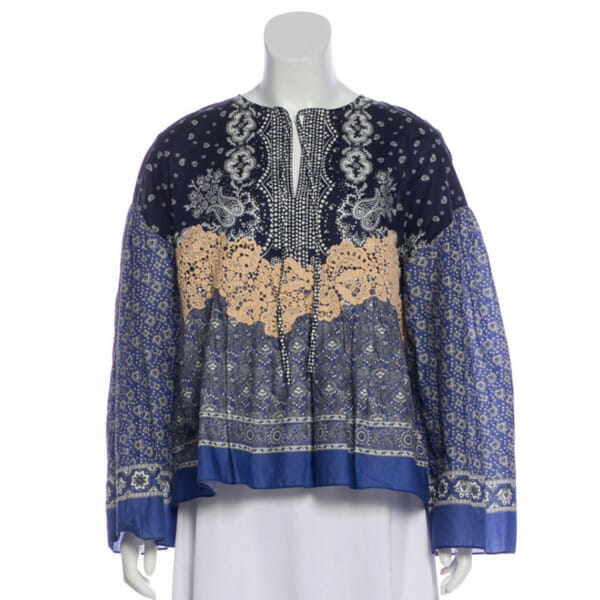 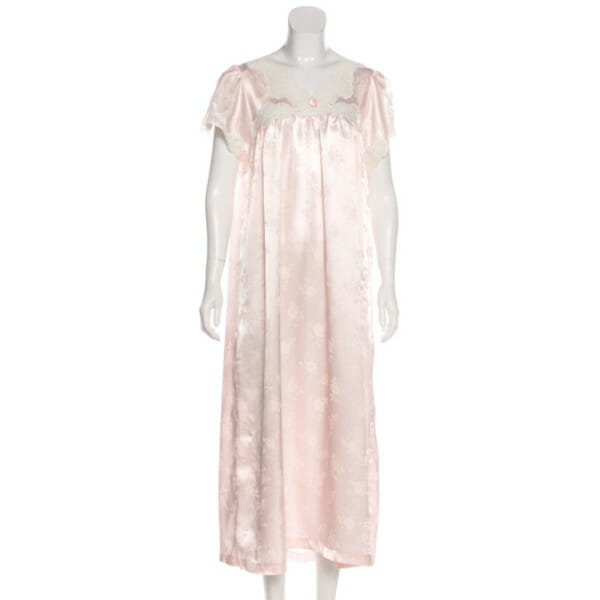 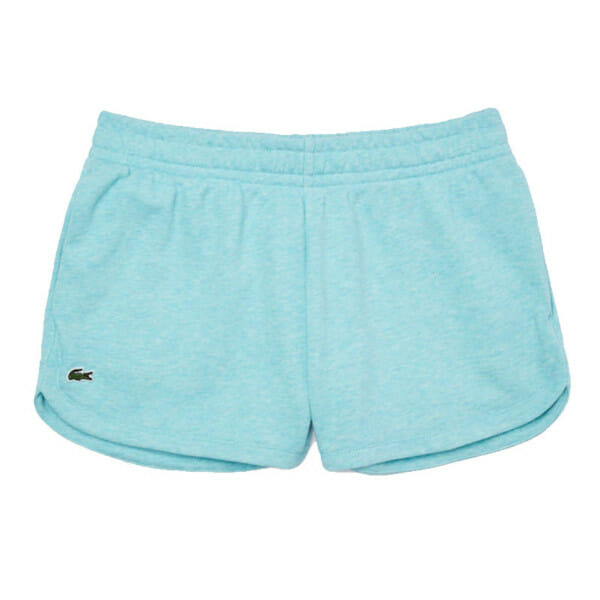 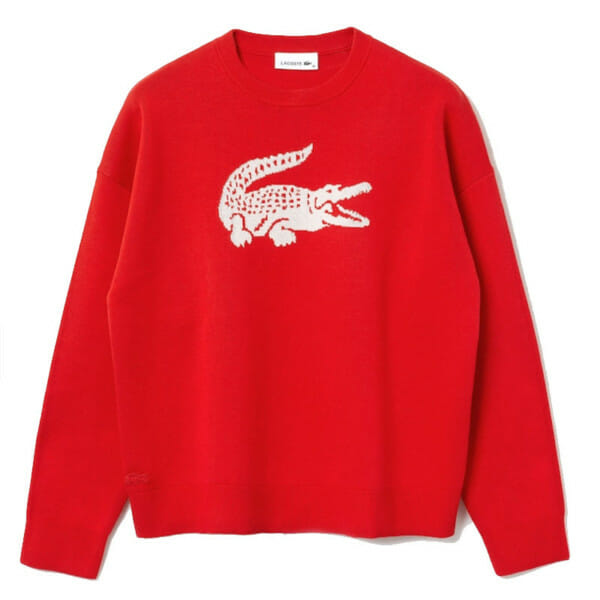 I’ve seen jokes on Twitter about how we shouldn’t count this year toward our respective ages, and I almost feel like the same joke applies to outfits–like their potential should be frozen in time, and carried over into next year, or whenever they’re applicable again. In terms of social media though, here’s a question: When you’re excited about what you’re wearing but no one else sees it for the entire day you’re wearing it, do you feel a sense of urgency about posting some kind of evidence of it on Instagram? It’s like that saying… if a tree falls in the forest, etc. If an outfit is worn and there’s no one to see it, did it even really exist?

Leandra: I do want to say something about your first comment, though! Because I think that is what will happen–very little fashion is being made right now, so it’s tough to think that new trends and styles of dress will come online. We’re in backwash mode–I’ve been packing up my apartment (we have finally been given the OK to move) and thumbing through hangers, deciding what to keep and what to donate and the same sensation you describe keeps coming up. As far as the outfits, I don’t post everything that I wear generally, and actually, this might sound crazy, but tend not to post what I wear and love the most because they kind of become parodies of themselves when they’re immortalized. There’s something kind of freeing about no one ever seeing them, but that freedom, I think, is wrapped up in outward perception because for as long as they’re private, like you said, they kind of never happened. Whether by the gaze of another, or click of a camera, they never get “posted.” I love that part in the cycle of an outfit’s life.

Harling: Yeah, I’ve been considering how the lack of fashion trends is making space for trends of other types (see: personality vases, a hallmark of quarantine Instagram, still lives–still want to go halfsies on one of these with me?). Do you think this era we are currently living in has broadened your conception of style to include more than just clothes in a tangible sense? In other words, because clothes matter less–even if you still maintain an interest in them–what have the parameters of your style grown to encompass?

Last week you asked me what has been occupying my time now that I’m not thinking about getting dressed, and I told you food/cooking, but I’ve also been devoting a lot more thought to home decor, and what my “taste” is in general. And while I do believe that style is predicated on other people observing it, I think of taste a little differently, more so in the vein of how you described not wanting to post the things you love and wear the most, because it becomes a parody. Taste feels like that to me–a little more precious, and also more resilient to the effects of quarantine, because it manifests in other ways. 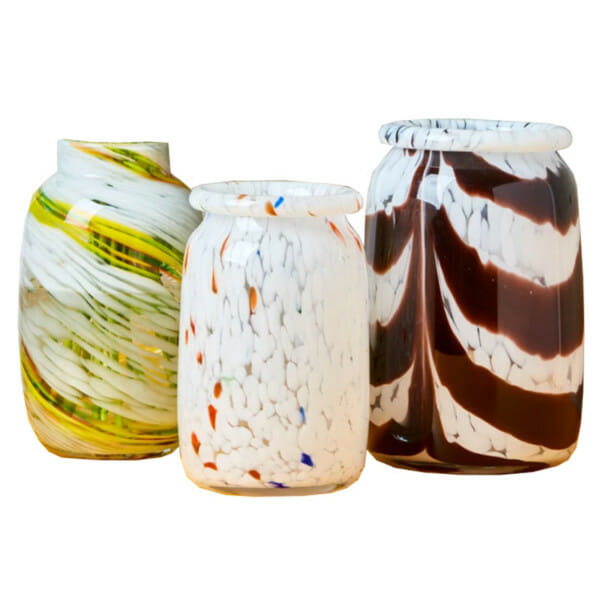 Leandra: I’ve been thinking a lot about where my taste appears elsewhere, too, i.e. the things that compel me to want to take a photo (it’s also like my eyes become the camera lens for a second), and I think it comes down to what we respectively perceive as beautiful, right? Like that is the boiled-down definition of taste? And when you think about beauty and its purpose/function, it is pretty unilateral, right? Example: We buy flowers to decorate our homes not for other people, but to appease ourselves. I think if we’re revisiting the question that started this conversation, personal style is an expression of taste. And while you’re finding this taste in other areas of your life that are logically more applicable to the state of now, I’m still holding on to my taste as it relates to how I dress, even though its less relevant. But that’s not where the loop closes. It might actually be where it opens because taste is an expression of beauty, and beauty is much more intimate. But this is too philosophical, I don’t even know what we’re talking about anymore. Do you?

We’ve definitely led ourselves down a tangent, but I enjoyed it, especially because it reminded me of this quote from Dayna Tortorici’s delightful n+1 essay about Instagram: “Elaine Scarry writes in On Beauty and Being Just that it’s characteristic of beauty to compel us to reproduce what we see.” I agree that what we’re circling around definitely ties into our relationship with beauty, but to Scarry’s point, if we’re compelled to replicate what we see, then it makes sense that quarantine is affecting the nature of that replication. I’m quarantined at my mom’s with .0005% of my usual wardrobe, and the things I have here are mostly sweats and athletic clothes, so of course I’m not inspired to replicate beauty in the form of outfits. Maybe style isn’t contingent upon other people seeing it so much as it’s contingent upon what WE are seeing. It’s probably both.

Leandra: Opening this up to Disqus — what do you (yes, you!) think?