If your name is Mary and you look like me, congrats, you are the source of inspiration behind this post. For years—years—people mistook me for a woman named Mary. A server once gave me extra shrimp fried rice at a restaurant because she thought I was Mary (sorry for taking your rice, Mary, I don’t even like shrimp).

Mistaken identities can be a social minefield: the confusion, the slow realization that someone thinks you’re someone you’re not, the internal debate over whether to correct them, the slow years-long torture of wondering who this person is (Mary! Who are you? What keeps you awake at night? Do people call you Nora? Are you out there somewhere searching for me?), the strange apologetic and awkward moment after you do correct someone. I put out a call to MR readers to see if any of y’all had some mistaken identity stories like mine and it turns out you very much do. The world of ‘oops, what, yeah, that’s not me’ is wide and varied and comes in many forms, so read a few of them below and then hop to the comments to share yours.

“When I was 18 there was a girl on X Factor called Janet Devlin and everyone said I looked just like her. A few weeks later I was in a bar in my local town and I get a tap on the shoulder. The bouncer was like, ‘Oy Janet Devlin, get out, I know you’re not 18.’ I was like, ‘I’m not Janet Devlin? She’s Irish and what would she be doing in a shitty bar in a suburb of greater Manchester?’ But to no avail would he listen, wouldn’t even look at my ID. He kicked me out, convinced I was the underage pop singer from X Factor and I had to wait in the cold outside ’til my friends realized what had happened. ”
-Lily, 24

“When I was 15 years old my volleyball coach mistook me as a mother of one of his players. Granted, the man was probably overwhelmed by the dozen of 11-year-olds he was training, one of whom was crying over having something stuck in her eye. Still, I was mortified and disproportionately worried about prematurely aging over the subsequent five years.”
–Cara, 27

“My phone number used to belong to an ice cream shop owner. I’ve gotten everything from the expected texts and calls from people who want ice cream, to the fully bizarre, like a man saying he missed seeing my store around the mall and then went on to FaceTime me. Oh! And the time I was woken up by messages in Italian at 5 a.m. from a girl who then started flirting with me.”
–Maia, 21

“There was a girl at my college who was basically my doppelgänger! We both got mistaken for each other often at parties. Usually, it was just humorous and people would realize their mistake but once a guy was very insistent that I was Emily and kept asking why I was ignoring him throughout the evening.”
–Kelley, 26

“I was leaving a Target one night and was driving to the freeway. I had the window down because it was a nice evening and noticed this woman was tailing me. She pulls up next to me at the stoplight and starts yelling at me that I’m cheating with her husband. It was definitely not true, because I was not sleeping or hooking up with anyone at that point and had just moved to the city to start college.”
-Becky, 31

“I was a 16-year-old exchange student in Beijing. My host family dragged me through the Beijing airport the night of my arrival and asked me my name. Tired and overwhelmed, I mumbled ‘Caroline.’ ‘Oh, Katherine?’ I was too shy to correct them. Also the Chinese name my teacher gave me, which meant ‘Triumphant Lotus’ in English, was actually ‘Triumphant LETTUCE.’ So I spent the next six months traversing Beijing as a minor, known only as Katherine and/or Lettuce.”
-Caroline, 25

“I think I have one of those average-looking faces because people come up to me all the time thinking I’m someone they know. The worst was when a man approached me and yelled at me for not giving him notes for the last law lecture. I tried to explain that I wasn’t even in law school, let alone knew who he was, but he just wasn’t having it. He yelled at me and stormed off leaving me very confused. I think I may have had a doppelgänger in the law school of my university because people I didn’t know would wave hello at me, so I just embraced it and started waving back.”
–Abi, 24

“I joined a group of people to watch the new Game of Thrones season with, and while I had a couple of friends in the group, I hadn’t met most of them. Since we watched Sunday evening, I normally went to their house with my hair wet and my bangs out of the way. A few weeks in, I ran into one of the guys from the group and he looked at me for a while. He came up to me and asked if I had a twin named Ana (lol). I guess this isn’t really a story of mistaken identity, but it’s really funny how big a difference my bangs must make! I had the exciting opportunity to respond, ‘I am Ana,’ and then watch his immediate reaction of confusion then realization.”
-Ana, 21

“I lost my driver’s license and credit card in a small town in the middle of Patagonia in Argentina. My bank said to file a police report, so I went to the tiny station to report it but they only spoke Spanish and I couldn’t really understand. I kept saying my name was Katie and they kept calling me Cameron. My husband speaks Spanish and explained to me that the police officers were excited to meet me because they thought I was Cameron Diaz despite me reporting a lost ID and credit card with Katie on it. Long story, I ended up signing autographs for the officers and got my Spanish police report to prove the lost cards.”
– Katie, 32

“I live in Washington, DC and share the exact name with a Congressman’s wife. She frequently flies back home from DC in two business class seats—I know this because her staff must’ve booked a flight for her once, and not knowing her frequent flier number asked the agent on the phone to look it up for them. They found my frequent flier number instead and I’ve been earning miles from her flights ever since. I did call and try to correct the error once—if her husband weren’t such a truly terrible person I probably would’ve tried at least once more. Karma, I guess? Very fortunately for the world, he lost his election in October. Very unfortunately for me, I’ll have to start earning my own miles now. ”
– Brooke, 29 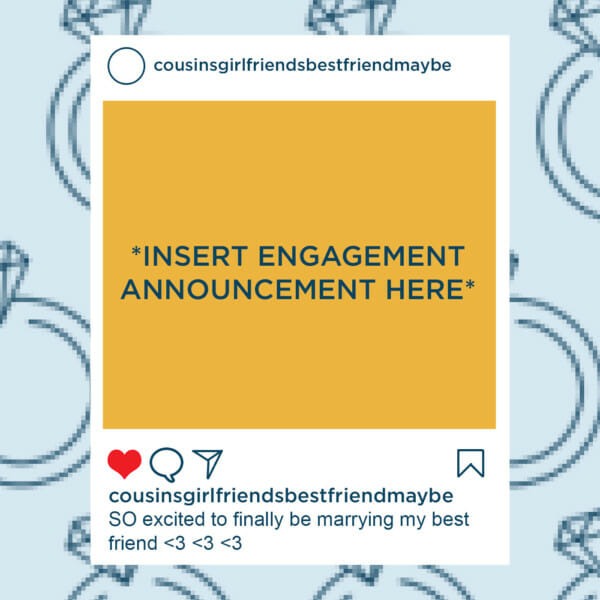