Can you imagine if Balenciaga and Vetements, or J.W.Anderson and Loewe, or even Chanel and Fendi!, hosted back-to-back runway shows because of their uniting commonality, a creative director? Would it make the lives of all involved parties — designers, editors, buyers — easier or more difficult? Would it make sense at all? What is the responsibility, really, of a designer to consider his or her work with one house when focusing on another?

Monse has become a sort of darling of fashion week — a status only heightened by the curious dwindling of our city’s season (Proenza Schouler officially announced yesterday that they would be extricating themselves from the New York calendar) and accentuated by their recognition of and respect for the old-school fashion establishment.

You see it in the way they present their clothes. It’s a satisfyingly predictable cadence that starts quietly with signature pieces like ruffled, poplin shirts and off-the-shoulder, fitted wool jackets to perk up buyers. There are the pieces that make you question their motivation, like a parka paired with a sequined skirt. But before you could think too much about whether you’re sold, the slightly dressy looks become full-blown black tie. It leaves a dazzling impression, even if you thought it wouldn’t. The colors, the fabrics, the drapery, the way it all moves and then, of course, those sequins. You’re in, you’re wowed, but now you’re out because in exactly 15 seconds, the Oscar de la Renta show will start and so you’ll wonder: How are they going to do this but for that?

Right now it doesn’t matter, because we’re supposed to be immersed in the guts of these two designers. To observe the effortlessness of who they plainly are, not the cumbersome honor of what they’re working to become. 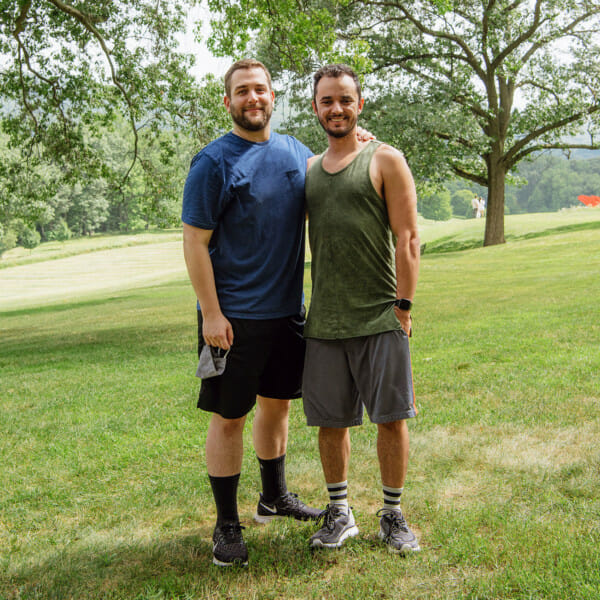