With his piercing glare, impossibly smooth face, and plush capes that wooshed around as he gestured wildly, Walter Mercado and his astrological forecast was unlike anything I’d ever seen as a ten year-old in the Midwest. Every day, in the middle of the afternoon news broadcast, the TV monitor would, as if by magic, suddenly turn purple and Mercado, often awaiting viewers with open arms or perched atop a throne, would fill the screen. “What are horoscopes?” I wondered. “Is he a man? Is he a woman?” I asked, fascinated by this person who was so different from anyone else I’d ever seen. I was not alone in my fascination. I still remember the sound of my mom exclaiming “Ay, es Walter Mercado!” on those days when I got to stay home with her and watch Univision, or, “the Spanish channel,” as my American friends called it.

Mucho Mucho Amor: The Legend of Walter Mercado, a new Netflix documentary, reveals the man behind the celestial glow, and explores how Mercado changed representation of LGBTQ people on TV. Taking viewers into his home in Ponce, Mercado shows off his famous robes, including the ones custom-made by Versace and Isaac Mizrahi. Each of the items of clothing has a story—and as the film progresses, Mercado takes the opportunity to share his experiences more deeply. For the first time, he describes how he signed away the rights to his name and image, a decision that ultimately led to the end of his career in 2010.

With his blonde hair frozen into place and a face full of cakey makeup, Mercado changed the conversation around machismo without even trying. Many of the film’s interview subjects, which includes Lin Manuel Miranda, touch on their gratitude for having been able to grow up with a figure who seemed to be unencumbered by traditional gender roles. Mercado himself is disinterested in labeling himself “straight” or “gay,” and preferred to never let himself be defined by his sexuality or his gender.

But Mercado wasn’t always considered an underappreciated icon—he was also the subject of relentless, often homophobic comedy sketches and was perennially badgered about his romantic life. As Mireya Lucio, one of the film’s interviewees and self described “witch,” makes clear, he was “embraced and othered at the same time.” While Mercade never assumed a leadership role within LGBTQ advocacy, by simply being, he managed to let generations of Latinos know that it was ok to be yourself. “I learned to take an I-don’t-care-pill from Walter,” says Willie, his longtime assistant and rumored partner.

It’s difficult to hear about the hardships faced by someone so out of this world. At times, I wondered whether the sacrifices he made were ultimately worth it. But through it all, Mercado emerges as a beacon of resilience, a hero who could never be defined by society’s conventional titles or prescribed roles. His unconditional love of life might be my favorite part of his message—no one took his prescriptions about the significance of love and positivity more seriously than he did. Even now, when hearing him sign off by wishing his viewers “mucho mucho amor,” I feel filled with hope. Walter taught us: everyone deserves mucho mucho amor. 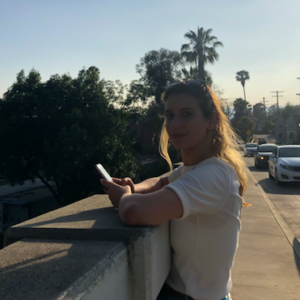 Nili is a graduate of the University of Michigan Law School. Nili writes about Latin American culture, the relationship between Mexico and the US, and her experience growing up with immigrant parents. She loves animals, architecture and celebrity gossip. She lives in Mexico City with her dog, Claudio.