In partnership with Olay.

The recent conversations around gender disparities in the workforce have focused on a variety of things: pay, mobility, respect. But woven through all of those things is culture. Cultural norms shape professional environments on visible and invisible levels, and shifting that narrative takes time, energy and resistance to the status quo. This is especially true in male- and white-dominated industries, where tradition and legacy still play a huge role in how companies grow and change.

In a four-part series with Olay, Man Repeller will speak with seven different women who work in primarily male-dominated fields to learn more about how that change is happening — and what it’s like to be in the middle of it. Below, meet Kirsten Koa, Software Engineer at Niantic, Inc., the software development company behind Pokémon GO.

An Intro to the World of Coding (and Video Games)

I’m a software engineer. Part of my job is writing code, but there are a lot of other aspects, like trying to architect the code that you’re writing. You have to plan ahead on how you want to structure the code before you actually dive in and write it, or else you can just get into a huge mess. There’s also a lot of collaborating with other people across disciplines (product, design, art, marketing, etc.) to figure out what we are going to build and then actually working together to build it.

The main reason I got into coding is because of video games. When I was a kid, I would play video games with my sisters or my cousins, sometimes with my dad. I loved playing Mario Party, Smash Brothers, Pokémon (it’s really cool to be able to work on a video game franchise like Pokémon that I grew up loving). In middle school, I was really into Neopets, which was my first introduction to coding because you could code in HTML and CSS to make your profile look better.

Actually, this is a funny story: I kind of got an intro to coding through Neopets. In high school, I knew you had to code to make video games, but that was basically all I knew about it, so I went to the library and I checked out C++ For Dummies. I had no idea what C++ was except that it was some programming language. I started reading it and was like, Okay, so you write this code to do a loop or something — where do I write it? Then I was like, If I write it in a text document, will the code actually do something? So then I tried writing it in a text document and nothing happened. I was like, “Okay, well obviously there’s more to this that I don’t understand.”

My high school didn’t have AP computer science, so I didn’t really get to try software engineering or coding during high school. But when I applied to colleges, I thought, This is something I want to try again even though I got nowhere with it before, and luckily I ended up falling in love with it in college.

On Discouragement and What Keeps Her Going

I also think having negative experiences while working could really discourage people from continuing in the field. I used to tutor an Intro to Java class in college, and I had students say to me, “Oh, you actually know what you’re talking about,” or, “Wow, you’re actually really helpful.”

I was really happy to be able to help them, and at the time, I didn’t think anything of it. I was just like, Oh, they’re just surprised that a tutor was able to help them with their problem or something. But looking back, I feel like maybe it’s because they didn’t expect me to actually know what I was talking about as a woman, even though I was hired to be a tutor for that class.

So I’ve had some experiences like that, or with someone else taking credit for something I did (in that particular case, I talked to a manager about it). But those were actually pretty small pieces of my overall experience. I made a lot of friends in my computer science program and we were all taking these classes together, struggling to learn these concepts together. I also had a few friends who were older than me who I met through tutoring — they were upperclassmen when I was a sophomore or freshman. I really looked up to them and they were all really encouraging and inspiring. They were doing internships, working at Google, working at Facebook, doing all these really cool things.

I also have a really good friend, her name is Brina Lee, who was the first female software engineer at Instagram. We went to college together and tutored for the same professor. She’s a few years older than I am, and has been a really great friend and a role model in software engineering — but also, just in general. She encouraged me to apply for the Facebook Grace Hopper Scholarship (Grace Hopper is a conference for women in computing). She encouraged me to apply for the Out in Tech Scholarship, a conference for LGBTQ students. And she’s always available to help me.

On Loving Her Job

When the feature came out, the reception was so positive and players were so excited that it made me really happy. All the hard work was worth it. There’s a lot more that I want to do to improve the feature, and we’re working on that now, but I think seeing how my work positively affects other people is really the best part.

The Advice That Helped Her Through Her Early College Career

When I started in college as a Computer Science major, I basically only had my Neopets programming experience. During my Intro to Computer Science class, I went to all the lectures and read the book, but then I took my first midterm and I got a C on it. Coming from high school where I was almost a straight-A student, I was like, “Oh my God! This is my major! What am I doing?! How can I get a C? I want to be good at this!”

The professor that I had for my intro classes was really great and always gave awesome advice. One of his first pieces of advice was to make friends with people in the same major and form study groups, so a group of people around me formed a study group together. By the end of the quarter I was able to bring my grade up back to an A.

I had similar experiences with other classes as well; it was a lot of work to learn the material. It was also hard to not feel discouraged because people come into college with different levels of programming experience. I had pretty much zero experience, and some people had already gotten internships or had AP computer science at school. But I decided to do my best.

Another great piece of advice that same teacher gave was to get an internship, to get real world experience — even if you get rejected 500 times because you’re a freshman and you don’t know that much yet. “You have to get rejected,” he said. “You’ll get rejected. But just keep applying, and you never know, maybe someone will say yes to you.” I really took that to heart and applied for all the things.

Because of those experiences, I try to be mindful when people ask me questions or need help. I don’t know everything, and I don’t have the answer to everything. Even now that I’ve been out of college for four years, there’s still so much to learn. If someone is asking for help, I try to come at it with an open mind and see if we can solve the problem together.

Those experiences also taught me the importance of looking for a good group of people, a good team, while interviewing. It’s really important to work well with your coworkers, but also, I love when you really like your coworkers, because then it makes going to work fun. You never feel like you need to one-up anyone. It makes work so much better, less stressful and happier.

When I started working full-time at Google, I was placed on a really great team. I was able to learn so much and grow so much as a software engineer because nobody made me feel bad for asking any question. All my teammates would teach me. And I would make sure that if I had a question and somebody helped me with it, I would write down how we solved the problem together so that next time I wouldn’t have to ask the same question. It was a great environment because it was open and collaborative.

Why Having Fun is Her Main Career Goal

In terms of my career, my main goal is to keep having fun and enjoying it. I love my coworkers that I work with and I feel like we can do so much more together if we continue working together. I also love the product and the game that we’re working on. It’s definitely been super fun, and makes me really happy to be able to work here and work on this product.

One thing I’ve been thinking about recently is more work/life balance. Everyone I work with is super passionate about what we’re doing, and so sometimes, for me, work/life balance takes a back seat. I’ve been talking to my manager and other people in the company and I think it’s something that could be improved upon. Everybody loves what we’re doing; we’re super passionate, want to make the best features for our users, but work is only a part of life. It’s not all of life. It’s important to be able to balance that with our family or our hobbies or just taking time for ourselves.

Advice for Anyone Looking to Get Into Computer Science

I encourage anyone in high school or college to take a computer science class to see if you like it. There are also a lot of great YouTube videos where people teach how to code or talk about their experience as a software engineer. If you think you might be interested, search “life as a software engineer.” Or if you have a specific thing you want to learn, like how to make an app or a game, search for that. There are tutorials for everything.

When you’re first getting into computer science — or maybe any field — it seems like there’s people who know everything, and you don’t know anything. I’ve heard a lot of people say stuff like, “You’ve got to fake it until you make it,” but honestly, I’m not very good at faking it, so that [didn’t help] me.

This interview has been edited and condensed for clarity.

Up next in this four part series, meet Abyah Wynn, the vice president of business development at a venture capital firm called Trimantium. 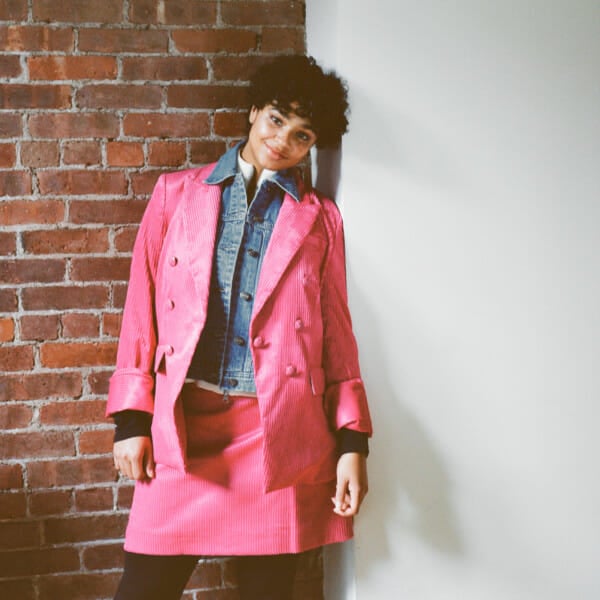 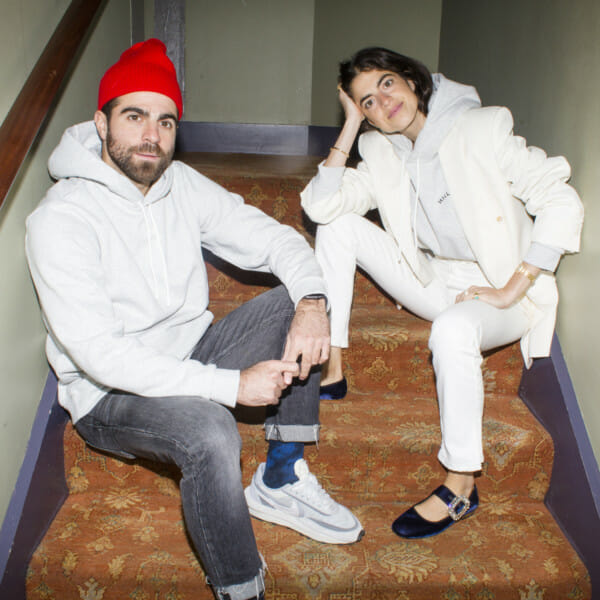