It’s now officially Cliché Month on Man Repeller dot com and this is my first-ever post on the site, so I thought I’d say hello in the most clichéd way I could think of: an editor’s letter!

First, I’ll inform you that in this missive regarding May’s theme, I’m not going to get into clichéd language, sworn enemy of the writer, because Haley is already ranking the best and worst of it later today. And let’s just say… some of these phrases will need their parents to sign their report cards. I guess the saying is true: familiarity breeds contempt. (Oops, I did what I promised I wasn’t going to do.)

No, instead I’m going to focus on clichéd people, which, I’ll go ahead and say right now do not exist. The topic of clichés has already been on my mind lately, because a friend just started publishing a project called The Afterglow, a totally charming exploration of still-operational New York institutions—the types of places that leap over cliché and land in the much more coveted category of “classic.”

It got me thinking about what I’d want to write about if I contributed, and after a couple days I realized all of my ideas had a lot less to do with the places themselves than they did the people you could count on to be at them. For the past few years, my thing has been to sit at the bar at “special occasion restaurants” that are either too expensive or too formal to eat at regularly, because they’re usually cheaper that way, and you can stay longer, and ogle the people who are really, truly eating there.

Each one of these places I’ve frequented offers its own classic New York scenario, from local families celebrating graduations to architects of the financial crisis slurping up spaghetti noodles while their wives stare into the middle distance (the latter is something I actually observed at Marea on Central Park South, which, *chef’s kiss*). I think the reason I like doing this is because from a distance—as in, the literal 10-foot remove of the bar—these people can still seem like perfect New York clichés, the ones I was promised on TV and in the movies and books I consumed before I lived here.

As a writer, I know better. There are no actual clichéd New Yorkers. Or people, more generally. Sometimes there are people who appear to be clichés—Upper East Siders with tiny dogs or Brooklyn art kids doomed to perpetually feel like they should have moved here a few years before they were born. Maybe these people have constructed an airtight facade to protect themselves from prying questions or to advertise some message about what they’d like to talk about should you strike up conversation with them. Of the former, I’ve always referenced the Amy Hempel line, which I think can be generously applied to the most egregious of suspected clichés. They are not clichés, they are “hard-barked people in retreat from the sweetness of their souls.” If you label someone a cliché, it doesn’t mean you’re right, or particularly perceptive, it means you haven’t bothered to do the work of finding out what lies deeper.

Even on a language level, which I said I wasn’t going to get into but, sorry, here I am getting into it, I can forgive the writer for the occasional indulgence. Writing is a lonely pursuit, and clichés are the brief moments during which our need to be unique is briefly trumped by our need to be understood. They’re the linguistic “right, right?” elbow into the side to make sure we’re all on the same page about what happens to us when we’re all apart, really living.

So why do I like to sit at bars and put my cliché goggles on, even when I know there’s no such thing? I think the reason is that it delivers on the conflicting reasons so many of us move to New York in the first place—because we want to be at a bit of a remove and, somehow, dead-center in the middle of it all at the same time. This allows New York to be its perfect, severely specific self without all the messy little complexities of a living, breathing city disrupting my original idea of it. I don’t want that all the time; in fact, I don’t want it most of the time, but for a few hours on a Thursday night, with a glass of wine and a half order of octopus fusilli, clichés are exactly what I’m into.

We’ll be unpacking clichés of all varieties this month, from the word ones to the fashion ones to the people who completely defy coming across as ones.

Which clichés do you think are true? Which ones do you think need to be cracked wide open and exposed for the fraudulent phrases they are? Let us know now, or at the very least, sometime before June 1st!

Mallory Rice is the executive editor of Man Repeller. 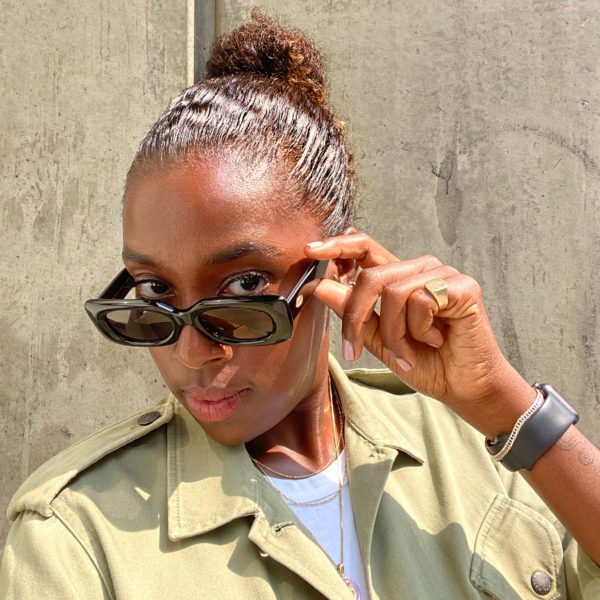