On September 10th, all hell broke loose for 462,000 Instagram users when @round.boys vanished from the internet. The account—the preeminent purveyor of alluring footage featuring pudgy animals getting brushed, fed, and gently poked—disappeared without so much as a satisfied grunt. Gone, too, was @round.boys’ popular Twitter feed: suspended. No longer could the average browser retrieve a photo of a generously proportioned kitten, arranged as if surfing the web, at a moment’s notice. Into the abyss went easily accessed video footage of a hamster shimmying out of a tunnel, ass-first. Sibling accounts posted #freeroundboys pleas. Concerned followers took to their stories.

Where had our husky brethren, our chubby potats, our sweet, sweet smols wandered?

“This is just random deactivation and suspension. No warning, no reason. Makes no sense,” Noah Periord, emperor of the RB franchise, told me over direct message following the blackout.

Periord, 19, is a sophomore at Florida Gulf Coast University (mascot: Azul the Eagle; “not really” a round boy). About two years ago, he created a Twitter account based on a high-quality hunch that spherical pets are adorable—a month later, AV Club featured the feed, proclaiming: “2018 will be ruled not by dogs, nor cats, but by round boys.” Periord, who currently studies Entrepreneurship, leveraged the popularity to launch RB’s Instagram vertical some months later. By the time of deactivation, he’d amassed a loyal following of over 775,000 across Twitter and Instagram (figure care of Periord).

Before long, knockoff accounts proliferated like spikes on a rotund hedgehog. (Much of this was documented in a now-deleted @round.boys story highlight called “Imposters!”) Today, there are up-and-comer accounts like @_fat_animals, and more established suppliers like @round.animals (488,000 followers). One such account, @chonky.animals (423,000 followers), has a profile that declares boldly, “DM for credit/removal”—“I get my photos from pet owners on IG,” says Periord. “I always give credit.”

There is no need to sweat the heart health of his specimens, either: “The last thing I want is to promote overfeeding or animal obesity,” says Periord. “I focused on animals who were round not because of their weight, but because of characteristics such as fluff or shape. Making sure the animals I post are healthy and being taken care of.”

Late on September 11th, the day after we spoke, RB’s Instagram account was unceremoniously reactivated, permitting nearly half a million people to breathe again. Twitter, meanwhile, remains dark. As for why he was forced into early, then partial retirement, Periord is at a loss—he’s dealt with copyright questions in the past, and those have gone down differently. This time around, he received only a cagey email from Instagram once reactivated explaining that he “may have had trouble accessing [his] Instagram account,” and that he should now be able to log back in. He has yet to receive any correspondence from Twitter, who suspended his account about two months back. (Twitter has not responded to a request for comment.)

Could the Rounds themselves be behind the sudden takedown?

“I wish I knew,” says Periord.

Ella Quittner is a writer based in New York. You can follow her round boy fan account here. 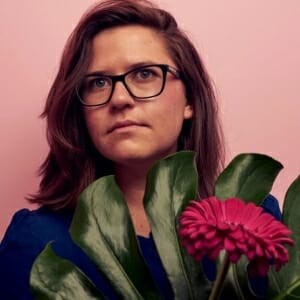