Sometimes I lay restless in the night, wondering about other peoples’ hyper-specific search terms, guarded like sapphires at the Smithsonian. What first editions of books do my contemporaries find worthy of rooting around the Internet for? Whose bedroom will finally feel tied together if they have a Valentine Olivetti typewriter perched on their desk? Who will swear off all other vessels if they can carry their wallet and keys in a Christopher Kane jelly clutch? What else do they find on their journeys down these rabbit holes? My curiosity became so overwhelming, so egregious, so probing, that I caved and just asked.

And aren’t I glad that I did: I heard stories that were the 21st century equivalent of Jack Kerouac’s On The Road—the road, in this case, is the information superhighway—and so we’ll be publishing these ditties as a series over the course of this week. Come back tomorrow for more where this came from!

Your shopping rabbit hole: A pair of Acne Studios shoes with chunky glitter soles from S/S 2013.

Can you walk me through what going down this rabbit hole entails? Okay, this sounds really lame, but the search for these shoes has somehow been a running theme throughout the entirety of my young adulthood. I tried them on in the Acne store in 2013 and fell head-over-jelly-heels in love with them, but sadly couldn’t afford them because I was in high school at the time and had probably a total of $30 to my name. A few days later, Emily Weiss posted some photos of herself wearing them on Into The Gloss (ah, 2013, I miss you), and I was thrown into a panicked cold sweat trying to think of ways to get my hands on them. 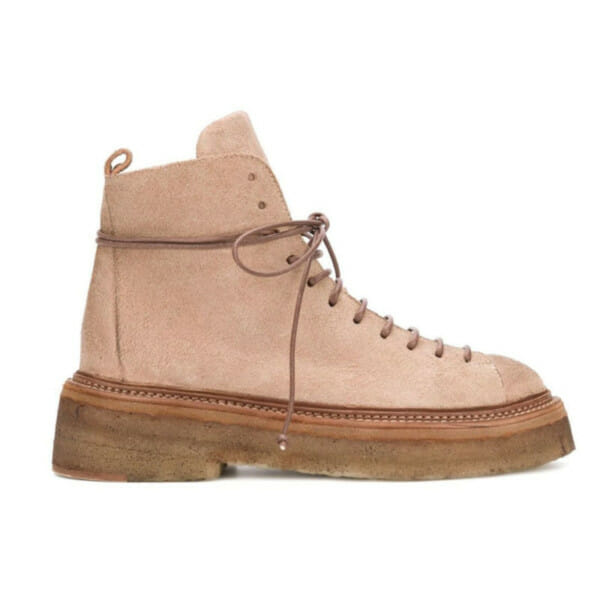 Boots with a jelly sole 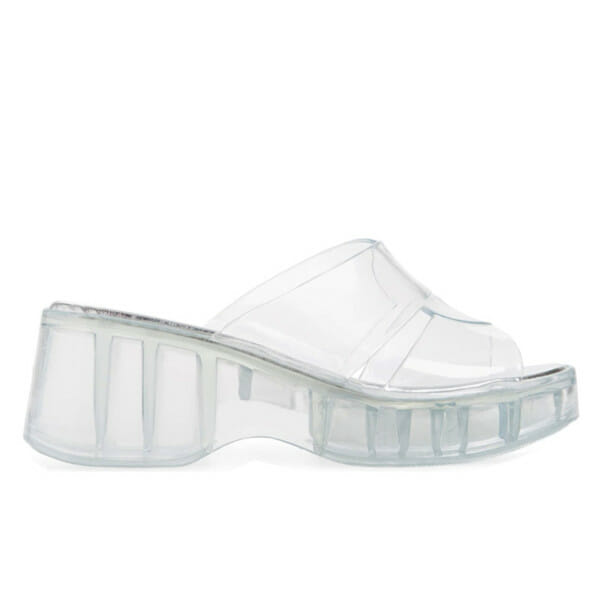 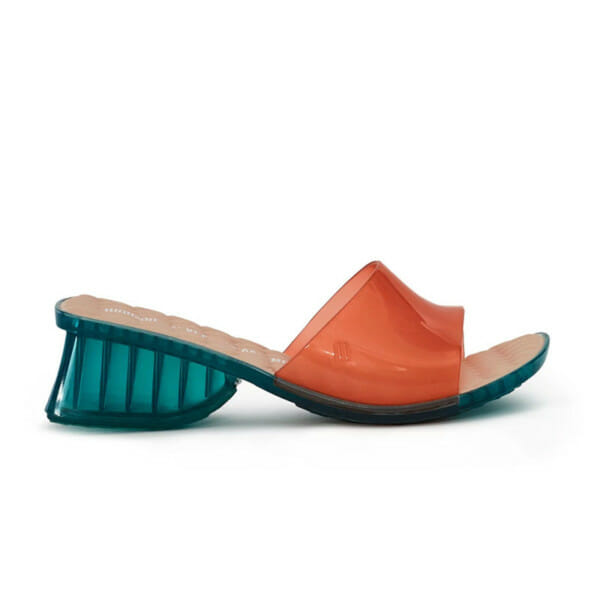 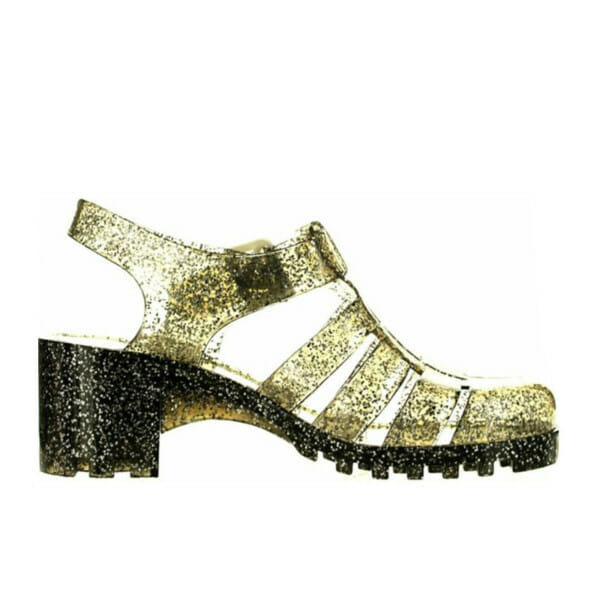 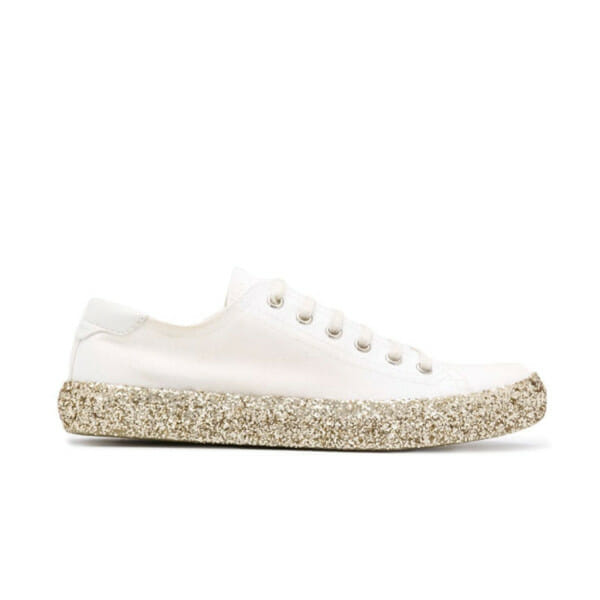 After a summer of working and squirreling away birthday cash, I was ready to purchase the shoes, but they were nowhere to be found—they had sold out in every store.

I possess what I think philosophy would describe as a “mind-to-world” outlook toward clothing in which I try to think what I want into existence and then become frustrated when I can’t find it. For years, when I sat myself down to think about what shoes I would like to purchase to replace a worn-out pair, I would start constructing something in my brain only to realize that I was actually recreating the Acne shoes. They had become my Platonic ideal of what a shoe should look like: clunky-yet-girly with their glittering lug soles, fun-and-neutral in their mix of nude and pink, and fashion-y without being ubiquitous. And this Platonic ideal existed–I just had to track it down!

I did my research and learned the name of every style (“Taurus” for the loafers, “Mia” for the low boots, and “Lila” for the high), so that I could obsessively trawl every online resale site on the internet once or so a season to see if they would ever resurface–The RealReal, eBay, Etsy, Tradesy, Vestiaire, you name it, I checked it. Obviously not every seller knows the name or make of a shoe that they’re selling, so I also tried any and all combinations of the words “Acne” and “glitter,” which definitely did weird things to my suggested skincare ads for awhile.

I think the number-one key to finding something like this is simply persistence. Of course, you also have to gauge how much of your precious life you’re willing to waste in pursuit of an outdated material good. I’d say I plugged away for about half a day every season, meaning that in my quest for these I wasted about 14 days before I found sweet success on Gen Z-favorite resale app Depop. (Yikes?) The pair I found (my size! hardly worn! in their original box!) were from a seller who could only ship within the UK, and I was so determined to have them that I had the box delivered to my best friend’s house in London, and she later brought them over the Atlantic for me in her suitcase. (I’ve done the same for her too, okay! This is probably one of the only benefits of long-distance best-friendship).

What ultimately satiates the quest? A lot of what I write for this very site has to do with finding worthy dupes and vintage equivalents of designer pieces, but sometimes nothing will scratch the itch quite like the original. I had managed to maintain my fiendish fascination with these boots for so long that I figured they would be a safe purchase when I finally did track them down. I also snagged them for about $150, which was much less than their original price—if they had somehow become worth more now than they were in 2013, I certainly would’ve had more hesitation before ordering.

I also firmly believe that you should build a closet the way you would build a collection of art, so if an item has a certain emotional significance or is tied to an early fashion experience, I’m very much inclined to go down the deepest rabbit hole to find and possess it. Also, a good hunt is so darn thrilling, especially when it ends in a good deal.

That being said, I have not yet worn these shoes as much as I thought I would! Partially, of course, because we’ve been in lockdown, and I haven’t needed shoes at all, but also because something about buttery leather layered on top of hard glitter jelly makes the insides of these shoes incredibly slippery. I guess I can head down another rabbit hole searching for the best insoles now.