Sushi is the best desk lunch to have delivered. I know this to be true with the conviction of a tap dancer on wood because I have dined at my desk nearly every day for the greater sum of the last decade and in my experience, ordering sushi has allowed for enough autonomy to select a parade of choices (spicy and not!) if that is your desire and it’s pretty unlikely that it will arrive defected. It’s also not meant to be served hot, so you needn’t consider the temperature to the same degree you might for like, a slice of grilled fish or tajine.

Bagels make a strong case for a smooth delivery too. It’s just a fat sandwich with smear in the middle. Eggs are probably the worst as they relate to optimal temperature and deliverability unless you’re ordering them hard-boiled, in which case I invite you to revisit this reminder that you’re insane.

Salad gets weird; the dressing is often delivered on the side. Sometimes it spills but even when it doesn’t, mixing it into your meal within the parameters of the tiny box or bowl is a futile, awkward pursuit akin to attempting a sun salutation in a packed subway car. For whatever reason, the lettuce seems to wilt on its way over, like aging skin baking under the sun. In that way, they represent a more cynical truth —  that a desk lunch is a sad lunch.

Sure, you can go out and pick up your sustenance—ask them to dress the edible outfit, request substitutions from a living human, but when push comes to shove, or line comes to close, or lunch comes to desk, there you are with the inevitable truth that you’re eating a meal by your lonesome at work. 🙁

One good way to offset the sadness that does not require buy-in from anyone but yourself is to remove your sad desk lunch from its sad container (this works even if you bring lunch from home, which on most days, I do) and put it in a dish. Like, one that you’ve chosen—that isn’t supposed to be thrown out, that gets washed time and again, then used, also time and again.

The dish doesn’t have to be fancy, but you do have to like it. I like something kitsch, because I am literal to a fault. It thrills me until it doesn’t, and then I like something loud, but not as kitsch. Then that gets kitsch too, so I retreat to a navy blue plate until I stop using one altogether, begin eating from a pyrex, feeling bad about it and therefore myself until I can’t tolerate it anymore so I knock myself over the head and remember why I do this at all. 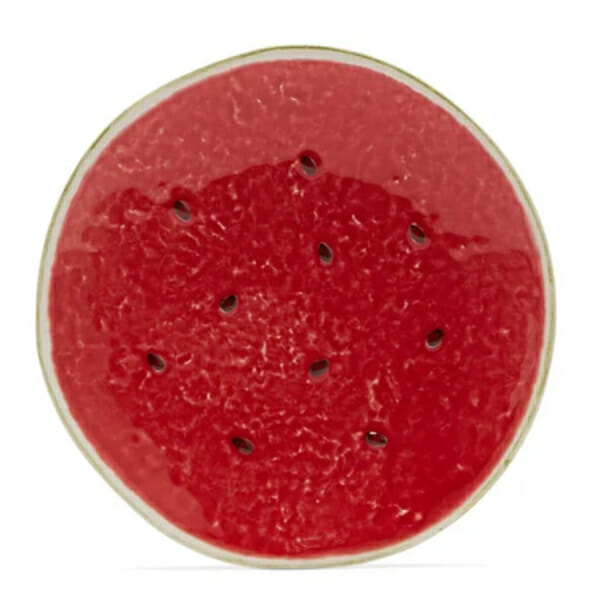 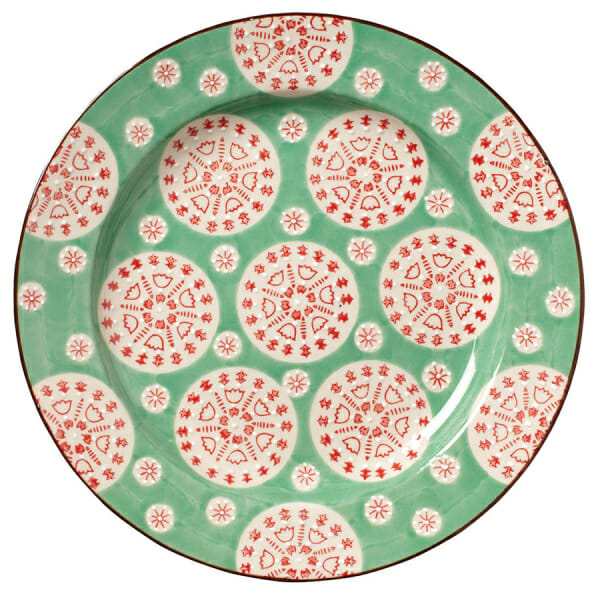 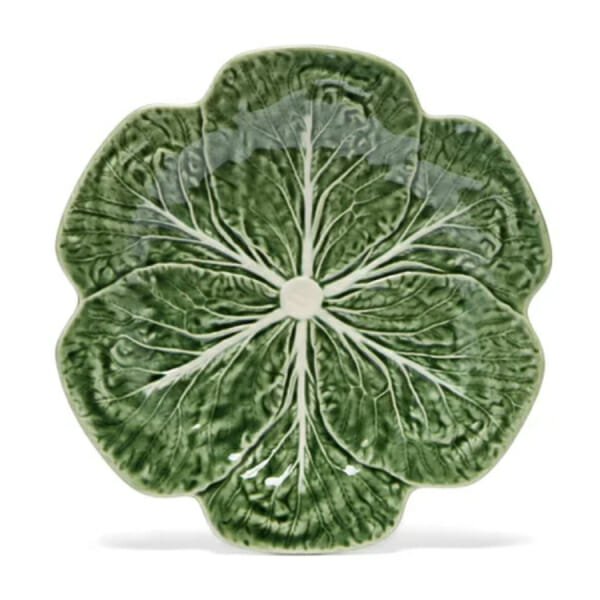 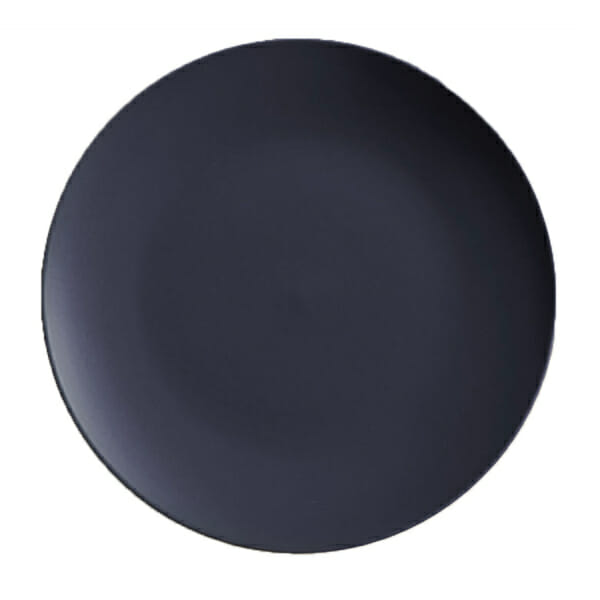 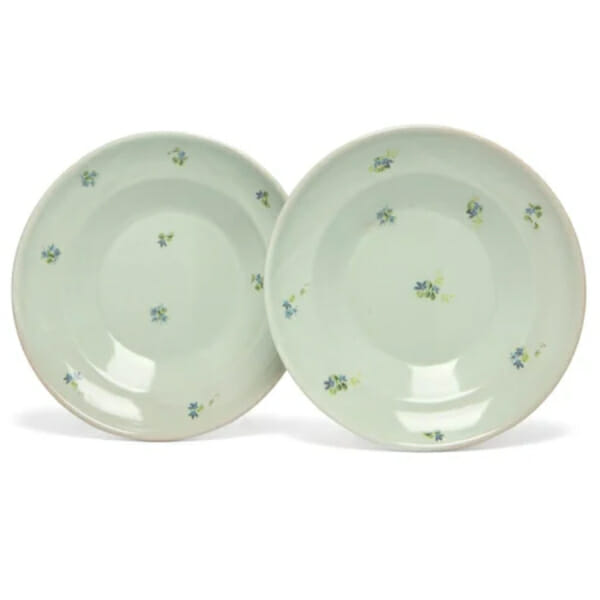 The reason being that I overthink everything, and given the mere fact that I have been eating alone at a desk for the greater part of a decade and refuse to let cynicism cloud my perspective, I’ve characteristically given a substantial amount of mindshare to thinking about my lunch ritual. And here’s what I’ve come up with:

Putting your portable lunch in a permanent dish is grounding. Like an anchor amid flimsy pieces of loose-leaf paper flying rampantly through your metaphors. It takes time. And effort. It’s a courtesy that connotes self-respect. The logic is not so different from wearing lingerie when you’re alone, but does also touch upon a recent case that Haley made for refusing to cancel plans as it pertains to ~self care.~

How easy it would be to rip open the delivery bag and dig into the container of food.

It’s like hovering over my fridge at home with a fork, eating from the piles of leftovers. Doing this gets the job done, but at what cost? Saved time, sure, but also making me feel like I don’t deserve the expenditure of time, or effort or courtesy and respect. I seem to never have a problem giving my time, effort, courtesy or respect to other people, but when it comes to laying it out for myself? I don’t know, I’ve failed to, uh, dish it.

Let me digress for a sec while you refuse to laugh at my dad joke and I luxuriate in wondering if this stuff about expending time is the real reason we’ve found adjacency between having a glass of wine and the broader category of self-care. Granted, at this point, drinking wine is more like a beacon of falsified self-care; it promises to relax you, and maybe it does, but only by essentially conceding to avoidant behavior. Yet there’s a valid sense of caring for yourself about the ritual, which I can express if you let me walk you through it:

You uncork a bottle.

You pull out a glass, perhaps from a cabinet where the loftiest version of an aspiring host lets dust gather.

You take a seat — with a book, or a person, or just yourself, and indulge in the way time is about to stand still.

And this time is your time. You chose it, you made it. Again, what you’re actually pursuing (taking care of yourself) is at variance with what you’re doing, but what I’m doing when I take a minute to place 12 pieces of sushi in a plate and garnish it with wasabi is pretty much the same thing, sin hangover. It’s like I’m not just at a restaurant, but am the chef taking pride in the dish I’m about to serve to—who better—myself.

And then, you know, once I finish the meal and take the plate to the kitchen to wash it off, dry it up and store it, I think how much easier it would have been to eat out of the damn tin, how much time I would have saved but how satisfied I am that I didn’t. What would have I done with that time anyway? And I think this is the thing — that in deliberately exerting effort for myself, I also refuse to neglect myself. The thing I’m doing doesn’t matter! It’s the taking of the time! The ritual! Do you get what I mean? Do I get what I mean? Idk, but for now, it’s cool to be a chef who can’t cook.