At the end of last week, Leandra sent me a link to an article by Vanessa Friedman in which she debates whether shopping for clothes can be a moral imperative right now. Given how integral this question is to the future of the fashion industry, and our role as consumers, supporters and information deliverers as it relates to stuff, we had a lot of thoughts. Below is an email conversation fleshing some of those out. Scroll down to read it, and in the interest of adding perspective (and discourse), please, we beg you, meet us in the comments for further discussion. —Harling

Hey! What did you think of that Times piece from Vanessa Friedman on whether we should be shopping right now? It’s clear that she’s pretty morally conflicted, or maybe I’m projecting, but I read it as an oscillation between trying to respect and observe the severity of the impact of the coronavirus as it is unfolding in real-time, while also supporting brands that are on the brink of pretty grim outcomes if it doesn’t get solved soon. I guess I just wonder at what point you can actually justify shopping during this time? And on the other end of the spectrum — not to sound sensationalist or anything, but do we kind of have a moral obligation to, if we can, spend money right now?

It’s definitely complicated. Which was apparent even in the way the story was written–it seemed like she was doing more than just presenting two sides of the coin; she’s actually debating these things personally, which I think to some extent, a lot of us are. I’ve been giving some thought to how and where I want to spend money right now: I’ve been making small donations to charities that are actively trying to solve problems that have been exacerbated due to coronavirus, and I haven’t “shopped” for anything beyond what I would consider essential–food, household items like toilet paper, etc. But as we’re wading deeper into a situation that doesn’t appear to be dissipating anytime soon, and as I continue to read about brands and retailers (even big ones like Net-a-Porter) temporarily shutting down, I do feel a sense of urgency around what my role, or I guess our role, as able consumers is in helping small businesses stay afloat. But again, like Vanessa, I can argue it both ways. Where is my money actually the most useful right now?

And how much of it should we be conserving? Maybe my even asking is a function of the fact that I am basically a freelancer to the extent that I don’t draw a salary but do earn a commission on my personal partnerships. Maybe it’s a function of the basic principle of survivor-mode mentality: conserve, conserve, conserve! But I find myself cringing when a paper towel is discarded before it’s been completely used. Or too much toilet paper is drawn from the roll. I have always been like this in some respect, but not yet to this degree.

What really stuck with me from her story was how she wrapped it up: “That work-from-home loungewear that is being dangled so temptingly, so surprisingly affordably, before your screen-weary eyes? Those sweats and sneakers? That potholder? They represent labor and ideas, not just stuff. Sometimes a fleece is only a fleece. And sometimes it can be a creative rescue line, and a bet on the future.” It makes me wonder if–and hear me out, I don’t actually know if I believe this yet–shopping right now is, in effect, some form of charity?

At the very least, it’s a tangible form of hope–which feels almost as necessary as plenty of other socially-acceptable behaviors right now. It is, as she puts it, a bet on the future. A vote of confidence. An expression of our conviction that [insert brand] deserves to exist. And a recognition of the fact that, by purchasing an otherwise unassuming sweater, we are supporting multiple people’s livelihoods–which is even more critical in the case of small brands that don’t have the cash flow or credit lines to sustain an indefinite closure. I think people really underestimate how intrinsically fashion is connected to the economy, especially because it’s often considered non-essential, or frivolous. And for what it’s worth, I include myself in that camp. Every time I’ve browsed a fashion retailer’s site over the past two weeks–something I used to do for fun on a regular basis–I’ve felt a pang of guilt. It seems superficial to entertain the thought of buying a something new right now, but the more I read about how high the stakes are economically, the more I believe that kind of thinking might be unproductive. So while I wouldn’t say “charity” is the right word for shopping right now, I certainly think “vital” would apply. Have you been considering any non-toilet-paper-adjacent purchases?

To your point, I still look at the What’s New page on Matches every morning — it’s a habit I’ve really looked forward to in the mornings, it calms me down and that makes it worth it. We’re all using the resources and capabilities we have to survive, right? And if we can actually apply them without feeling judged, we absolutely should! But to this point… lately, the browsing is also kind of tense because I feel pretty guilty, especially when it’s buttressed by bleak push notifications. To answer your q though, no, I haven’t actually bought anything. Considered, yes. But not to the extent that I’ve come close to pulling the trigger. (Except, actually, for a pair of sequined boxer shorts, ha. Those are in a shopping cart on Poshmark.) I even think twice before getting some groceries. Example: When I’m at Trader Joe’s, I ask myself if I should buy olives because, yes, they’re additive to the experience of eating, but for $8, are they really necessary when I can add $4 more and get a protein option to feed my fam? I don’t know that it’s helpful or constructive thinking, though. And to this, let me add the disclaimer that having this conversation assumes we’re taking measures to protect and support ourselves and broader virus relief efforts as a priority.

Good one to add, thanks for that. One silver lining is that I know if I am going to shop at some point, I’ll be especially conscious of whether the purchase is meaningful or impactful in some way–which is forcing me to double down on what those words really mean to me.

Oh, trying to define “meaningful purchase” is a good exercise and makes me think we have an opportunity, once this is all over, to significantly shift our relationships with consumption. We’d definitely reached peak impulse-buy prior to the crisis. I wonder how this will change that behavior.

Yeah, it seemed, culturally speaking, that we were inching slowly toward prioritizing meaning and mindfulness in shopping pretty organically before all of this, so I’m guessing this experience will most likely speed up the pace significantly. But wait, while we’re on the topic of supporting small brands during this time, I do think it’s worth touching on ways to support without spending money. Anything from liking a brand’s Instagram post to tagging a friend in the comments constitutes some form of support, and small things like that add up. Engagement/community/awareness = a form of value, even if it’s not as tangible as money in the bank. It still matters, especially because it can have a cumulative effect. Maybe you didn’t buy something from a brand, but the friend you tagged in the comments does, etc.

Good point. And v true! Are you shopping?

I haven’t made any purchases yet, but I compiled a list of some of my favorite small brands earlier this week as a start: Ciao Lucia, Lonely Lingerie, Kule, Labucq, The Frankie Shop, Coco Shop, Doen, Rixo, Great Jones, Emily Levine Milan, and Megababe are all ones I would personally like to try to support in some way, whether through actual purchases or shoutouts on Instagram. I also visited their websites to see what they’re selling at the moment and promptly fell back in love with the idea of wearing head-to-toe terrycloth as soon as I reunite with a beach. 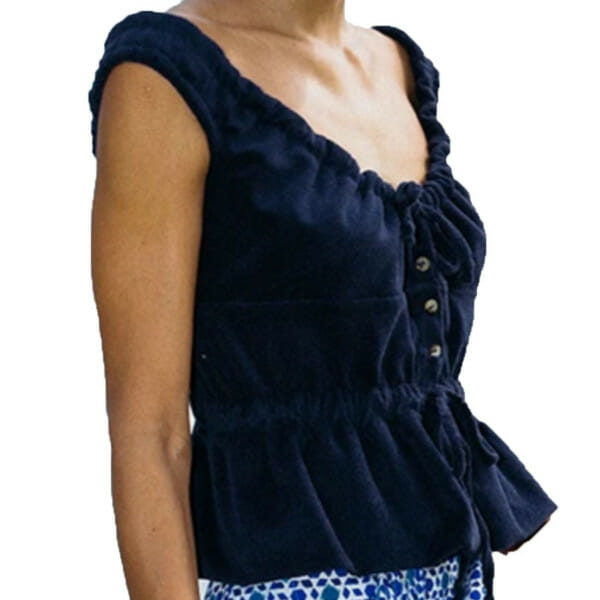 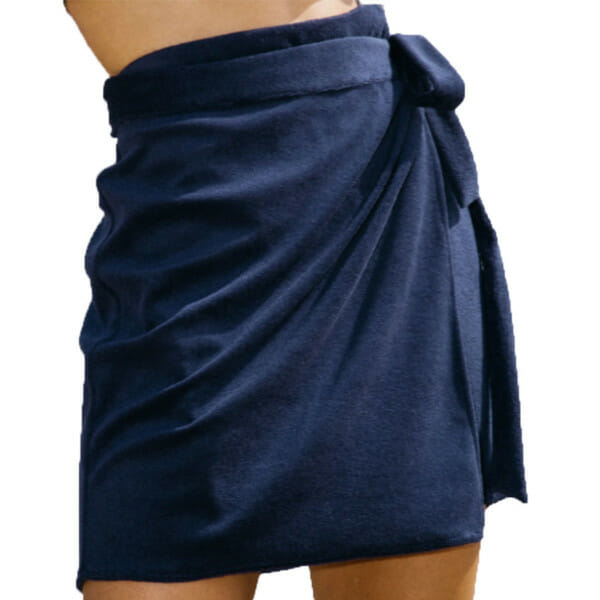 One of my best friends’ bdays is coming up and I’m thinking of getting her this very good sweater. I’ve also been thinking about these shoes since Eliz posted a photo of them in our shared market folder months ago. 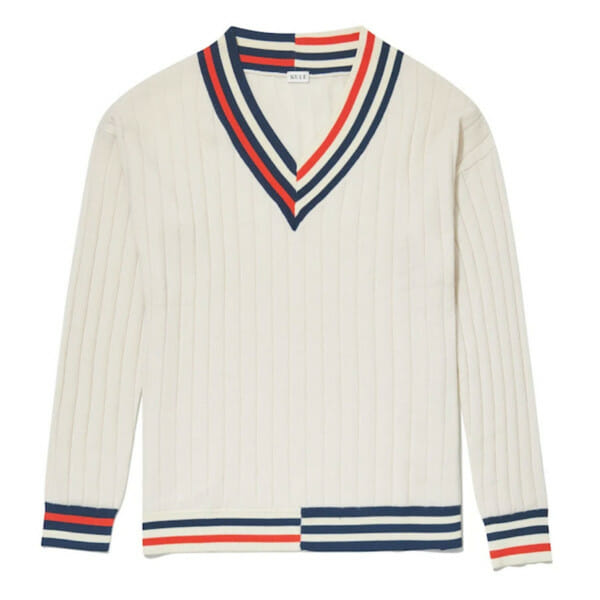 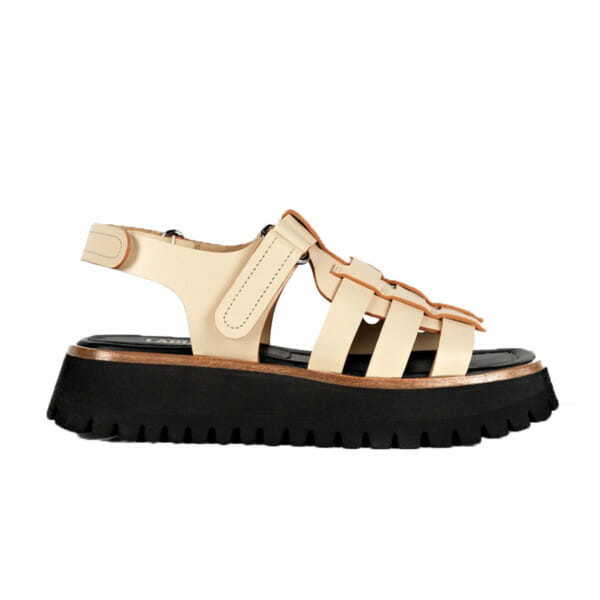 Ha, that is very cute! The two brands on my mind right now are Terry (purely because you reminded me of the fabric) and Pretties, which I found through Camille Charriere’s Instagram. Also would not mind The Upside’s tiger shorts to wear through quarantine with this, and separately, this is fun, too. Also, those Yali emperor jackets are speaking my language right now. 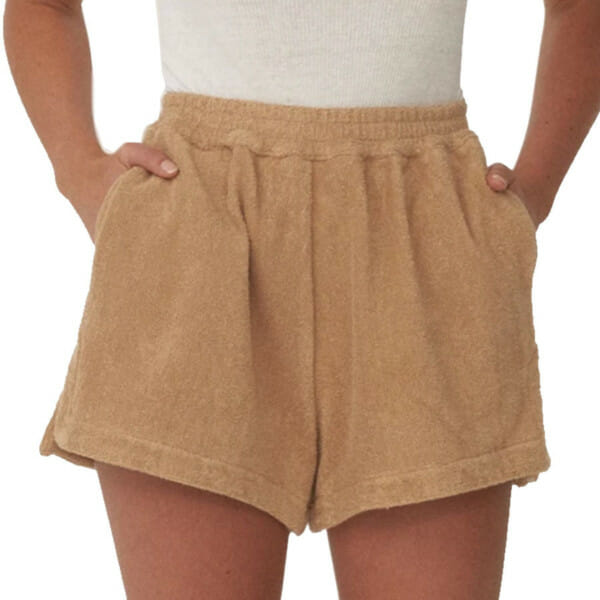 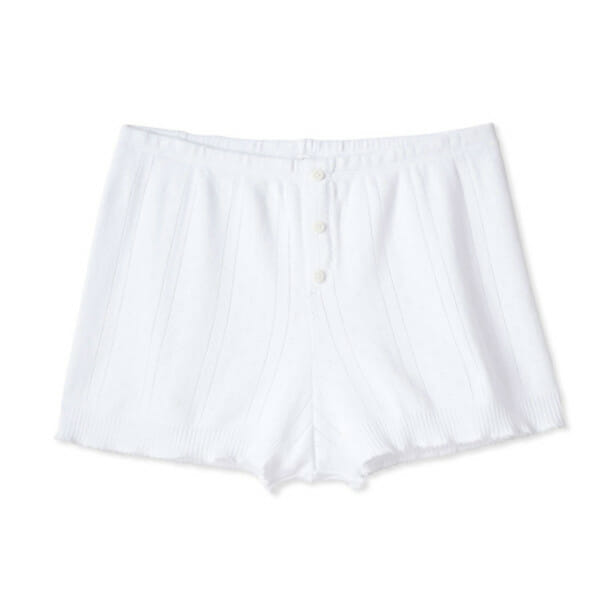 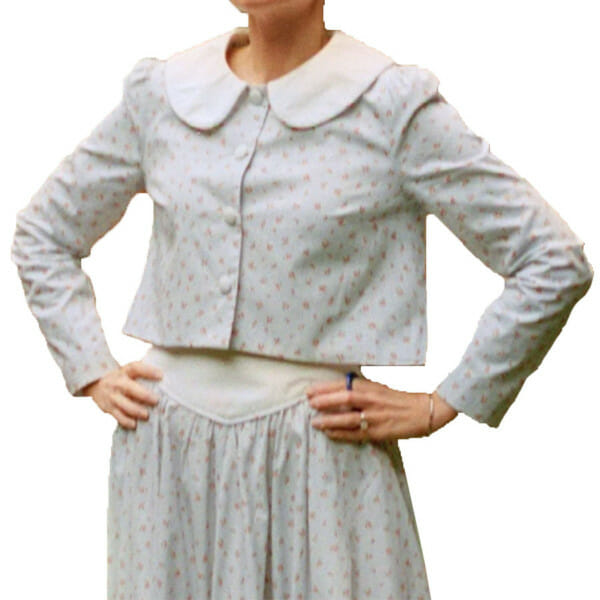 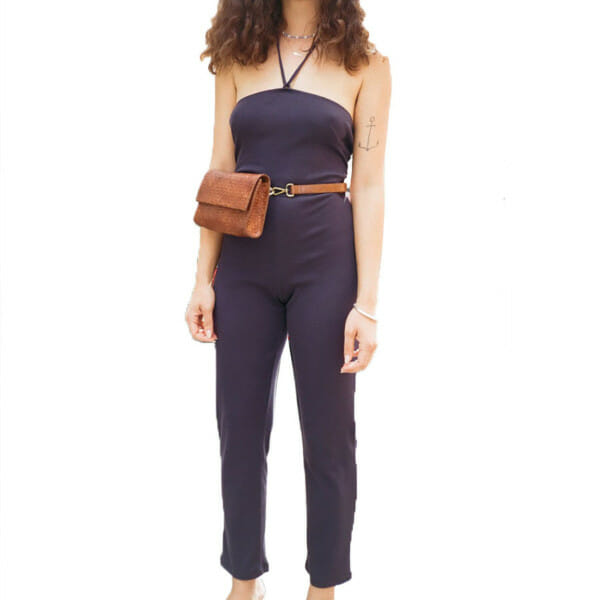 That jumpsuit is great and looks like something Carrie B. would wear circa season 2; agree/disagree? Oh, I also recently discovered the Australian brand SIR The Label and they’ve been top of mind. I think because I’m nuts about smocking and they have this amazing top that really scratches the allergy-itch. 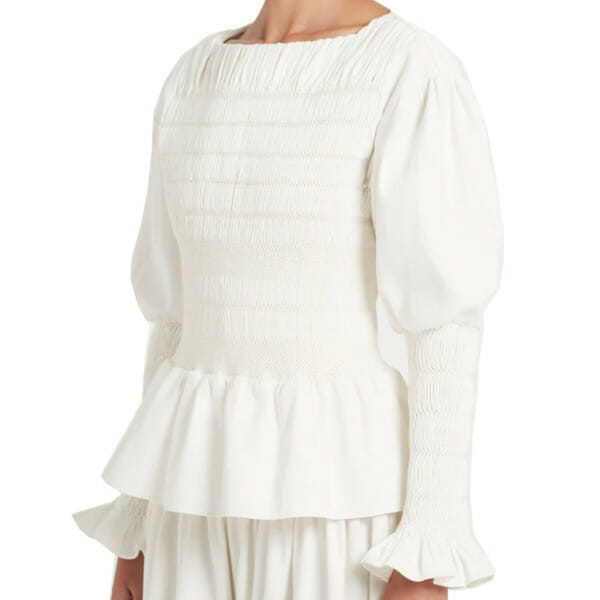 Oh, I got the matching skirt before Coronagate!

I love the skirt too, so much. I can’t speak for you, but I just got so fired up! It feels nice to talk about shopping for a second, like everything is normal. At least for us in the context of our jobs and interests. Though at the same time challenging to avoid talking in circles since the moral questions that surround it right now are so tangled. Because even beyond the debate over where our money is most impactful right now, there’s also the concern that continuing to order non-essential things puts warehouse and postal service workers at risk, but on the other hand, I know a lot of employment is probably dependent on those orders coming in. It’s really a double-edged sword. I’ll be curious to hear what other people think when we publish this, which is my way to say please don’t reply, I’m done with you. And to wrap things up I just want to reiterate Vanessa’s advice for guiding any shopping considerations rn, because I found it both helpful and straightforward: “Consider the provenance and make an informed choice.”