Sometimes it feels like the internet has so deeply infiltrated our lives that nothing is sacred anymore. But one thing remains unmarred by our compulsive need to share: unconsciousness! Every night, perhaps in a pair of soft pajamas, half-dressed, or, for the liberated among us, nude, all of us arrange our bodies for comfort, mentally exit stage left, and have weird dreams about our teeth. It’s kind of precious, if you think about it.

In an attempt to decode one of our most unconscious choices, where surely our deeper truths are hiding, I turned to body language expert Blanca Cobb. She says the position we fall asleep in and return to throughout the night can reveal something about our personalities. She warned it’s not an exact science (there’s a lack of credible research on the topic), but if anyone’s poised to see expression where the rest of us don’t, it’s her. Read on to see what your sleep pose of choice says about you, and while you’re at it, glean some styling ideas, straight from Leandra (I’m partial to the balaclava-as-optional-sleep-mask).

“Surveys have shown sleeping in the fetal position—on your side and slightly balled up—is the most common. This pose is about security; it protects the vital organs, which makes us feel safe. People who sleep in this position tend to have a hard exterior, but underneath they’re soft and sensitive. They can be cautious with new people, but once they feel comfortable with someone they open up and relax.”

“Sleeping on your side with your arms straight down tends to indicate an open, outgoing personality, a real social butterfly. These people strongly desire the company of others and prefer to do things in a group rather than alone. They tend to give new people the benefit of the doubt—sometimes they risk being too trusting.”

“The Freefall is an instinctively protective sleeping position. Turning away from others, shielding the belly and vital organs like this, may indicate they are a little sensitive to criticism, or perhaps unsure of how to handle it. They might be a bit rough around the edges; maybe loud, gregarious and preferring people to be direct rather than bother with small talk and pleasantries.”

“The Yearner is similar to the Log in that it indicates a very friendly, social person. But they are a little more hesitant; for example, they’re more likely to be skeptical of new people until they get to know them. Interestingly, the research on this showed those who sleep in the yearner position are likely to be slow to make a decision, but once they decide, that’s it—they’re not going to be very willing to change their mind.”

“If you sleep on your back with your arms above your head reaching around the pillow—the starfish position—it signals you’re an open, social person. I wouldn’t be surprised if a lot of therapists sleep in this position, because the body language of this pose says to me that the person is a really good listener, and that they value helping other people. According to the research, only about five percent of people sleep like this.”

“If someone sleeps in the soldier position—straight on their backs with their arms at their sides—it’s a fair guess that they’re tough, disciplined, and focused. They may also have high expectations—not only for themselves, but for other people. I’ve heard people say they tend to sleep in the soldier position when they’re feeling stressed or under pressure at work, or when they’ve got a lot on their mind.”

Which sleep pose is yours? Do you feel seen and/or exposed? 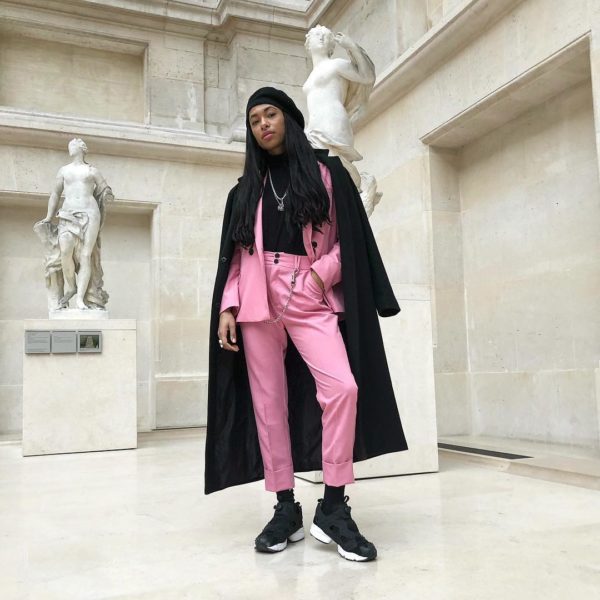 Relationship Experiment: My New Girlfriend and I Dressed Each Other for a Week