The big news: Storm King Art Center reopened to the public in mid-July, giving New Yorkers who reserved tickets in advance a vast, sculpture-filled expanse to enjoy just a couple hours beyond the city limits. While images of Storm King have certainly made the rounds on social media, any visitor can attest to the fact that the outdoor museum is not overrated, but rather even more breathtaking than one might expect in person. It’s also garnered a reputation as that date for when things are starting to get serious in a relationship. Intrepid photographer Jasmine Clarke visited last weekend and interviewed coupled-up art-appreciators about their experiences.

Is this your first time at Storm King?
Jon: Yeah.

How’d you guys hear about it?
Jon: I heard it from you.
Mia: From a friend.

And are you dating?
Mia: Yeah.

What have you liked here so far about Storm King?
Mia: It seems really well groomed. There’s areas of really tall grass, but at the top of the hill it was like a golf course with how well maintained it is. So it’s a really cool mix of lots of trees, lots of nature. You can go on the smaller trails along the sides where there are modern metal pieces of sculpture.

Is this your first time at Storm King?
Natalie: Yes.

And is it similar, or different, to how you envisioned it?
Natalie: Pretty similar. He didn’t really know that much about it.
Alexander: A lot bigger than I thought. It’s huge.

Cool. And how do you guys know each other?
Natalie: We started dating in college. Yeah. Still dating.
Alexander: Four years ago.

And what do you think about the art you’ve seen here today?
Natalie: I love it. We actually just got here, probably about 20 minutes ago, so we’ve just started. But it’s been pretty awesome.

Do you have any favorites so far?
Natalie: I liked the Sol LeWitt white boxes that are down that way.
Alexander: I like the suspension things on the other end. The seemingly floating blocks.

What did you like about it?
Natalie: Still trying to figure it out.
Alexander: Just as a feat of engineering. It was kind of surprising that it even can exist. I probably walked around it five times trying to figure out how that thing’s connected.

And what’s your favorite thing about Storm King in general, just being here?
Natalie: Yeah, we’re just loving getting out. We live in New York. And getting out of the city for a day and being out in the open, especially right now with everything going on, being able to walk out in the open is really nice.
Alexander: It’s a unique opportunity to get out and do something. You get to see art. You can’t do that during this time.

And when’s the last time you were in an outdoor space like this?
Natalie: We’ve been out in some of the parks in New York with the circles for distancing, but a place like this where you can really just walk around… this is the first time in awhile.
Alexander: There’s one in Richmond, Virginia. Richmond has an area similar to this that we went to earlier in the summer, but, obviously, not to the scale of Storm King. It’s more fun when Nat comes along.
Natalie: Aww.

Is this your first time at Storm King?
Adam: Yes.

And is it similar or different to how you envisioned it?
Adam: I didn’t expect it to be as big. It’s spread out.
Silvio: I thought that there would be more signs telling what the pieces are with some guide.
Adam: And a map.
Silvio: And a map. So in that sense, it’s a little bit confusing to go through, yeah.
Adam: But it’s also nice just to wander.

And then how do you guys know each other?
Silvio: We’re boyfriends.

How long have you been together?
Silvio: One year.

Who approached who?
Silvio: He did.
Adam: Neither, but I texted him because we had chatted earlier, and yeah.

And then when’s the last time you were in an outdoor space like this?
Silvio: Oh, in an outdoor space? I mean, I don’t think that this weekend counts, because we spent the whole weekend here in Bear Mountain, but before that was… what?
Adam: Outside of Central Park, we haven’t really done much. It’s been a while, yeah, especially being locked down for six months.

So, is this your first time at Storm King?
Ron: Fourth or fifth.

And how do you guys know each other?
Ron: Husband and wife.
Christine: Today.
Ron: Tomorrow, it’s another story. [Laughs]

How long have you guys been together?
Ron: Officially? Five.
Christine: Well, we got married. So, we just celebrated our fifth anniversary. We have been together 12 years.

Wow. How’d you guys meet?
Christine: The first set of troops just came back from Iraq, and we had a big celebration, and that’s where we met.

Wow. And do you have a favorite piece here?
Ron: For me, it’s [Zhang Huan’s] three-legged Buddha. I love that.

What do you like about that piece?
Ron: It’s just cool.
Christine: And the fact that it’s—
Ron: Massive.
Christine: He’s pretty much standing on—
Ron: One leg.
Christine: On… no, on the head. So, I just thought that was symbolic.

Nice. And then what’s your favorite thing about coming to Storm King?
Christine: It’s one of the few things you can do during the pandemic. It’s actually my birthday today, so—

Oh, happy birthday.
Christine: Thank you. So, we actually stayed at West Point. And then we decided to just bring our picnic basket and just enjoy the day.

That’s great. And when was the last time you were in an outdoor space like this?
Ron: Church.
Christine: Our church did a drive-in service. They had this huge screen, and you pull up—it’s like the drive-in. Five bucks, you get popcorn and chocolate, and you watch the service on the big screen.
Ron: And then they had a kids’ movie afterwards, which was cool.
Christine: Yeah. So, prior to that… We travel a lot. Because we were supposed to be in Greece for our honeymoon, but we had to bring Greece to us instead.
Ron: Oh, yeah, last weekend was the Brotherhood Winery.
Christine: It’s somewhere up here. It’s not far. It’s the oldest winery in the United States.
Ron: Seating outside. It was nice. Food was excellent. We got to listen to some live jazz. That’s us. We like to go places. But with this stuff, we’ve only been out the last two weeks, just quickly. The social distance dance and go home and shower for two hours. Burn your clothes and try again [laughs].

Okay. Is this your first time at Storm King?
Datu: Yep. First time.

Cool. So is it similar or different to how you thought it would be?
Khatu: It’s different for me. More beautiful.
Datu: Yeah. Actually, it’s really nice here. I did not expect it to be so big, so much space. And I love it. It’s very nice.

And how long have you guys been together?
Datu: Three years.

Wow. How’d you meet?
Datu: Our friend introduced us to each other.

Cool. Where are you guys from?
Datu: Georgia, the country.

Oh, nice. And what do you think of the pieces here? Do you have any favorites?
Datu: I love the three-legged Buddha. I love it, it’s my favorite So far.

What do you like about it?
Datu: The vision of the artist. Yeah, the vision of how he sees Buddha. I have not seen Buddha in such conditions, so it was different.

And what about you? Do you have a favorite piece here?
Khatu: I like the red compositions.
Datu: Oh, yeah, red balls.
Khatu: It matches with the green of the grass.
Datu: It creates a nice contrast.

And when’s the last time you were in an outdoor space like this?
Datu: Since last summer I think. When we were in Versailles in Paris.

Is this your first time to Storm King?
Daniel: No.

How is it different or similar to how you envisioned it with the reopening?
Rochelle: I was actually pretty impressed because with the car ticketing scanning system is pretty good. It was no contact whatsoever. It was really easy. I felt safe the whole time.

Nice. And how do you guys know each other?
Rochelle: We’re married.

Oh, how long have you been married?
Rochelle: Almost one year.

How’d you guys meet each other?
Daniel: On OkCupid.

Nice. What do you think about the art that you’ve seen here today? Do you have a favorite piece?
Rochelle: I really liked the kinetic sculptures, ones that are moving over there.

And what’s your favorite thing about Storm King?
Rochelle: Being in nature and seeing art—
Daniel: At the same time.
Rochelle: Yeah.
Daniel: Usually get one or the other. But we get both. 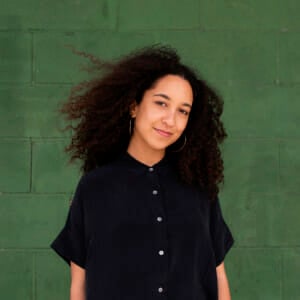 Jasmine Clarke is a photographer born and raised in Brooklyn, NY. You can find her on Instagram and see more of her photos here. 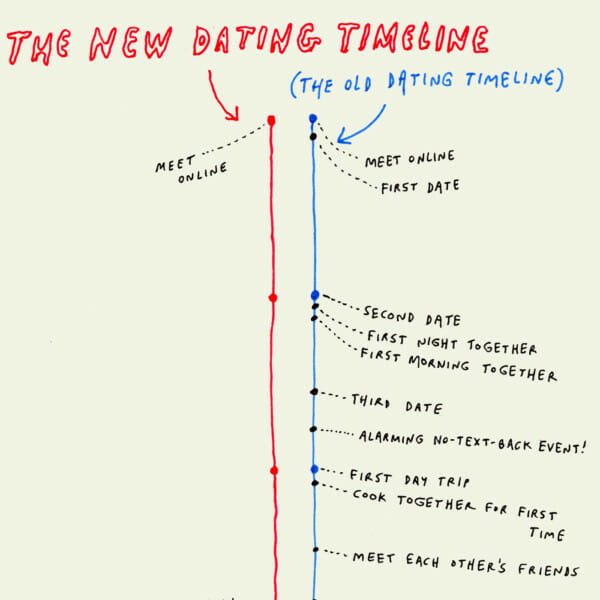