Last fall, I signed my very first book deal. When I received the contract from Simon & Schuster with my name on it, I cried tears of joy. The accomplishment ranked up there with my wedding and that time, after avoiding going to the dentist for two years, I finally did and miraculously had no cavities. Such are the highlights of my life.

So when I heard earlier this year that fabulous writer Roxane Gay pulled her next book from Simon & Schuster in protest of their publication of notorious hate-monger and internet harasser Milo Yiannopoulos, I reacted as if someone had announced that they were turning down an invitation to Oprah’s house: You did what?

As a first-time author, I was in awe of the passion and integrity it took to say, “Nah, I refuse to let you publish my work because of my values.” (S&S later decided to cancel Milo’s book, following additional scandals.) When I mention it to her in our conversation, however, the Bad Feminist author swears it wasn’t a hard or big decision at all. Now sure, some of that comes from her position and privilege as an accomplished writer. But there’s also an element of unapologetic boldness that goes with the territory.

What territory, you may ask? The territory of being what some might call a “difficult woman.” She has no problem owning the label. Her new book, Difficult Women, is a collection of short, haunting stories about complicated women, giving voice to those society considers neither likable nor “easy.” We talk about that as well as how to find hope in a post-Trump world — a world in which being difficult may be a necessary part of our salvation.

Erica: You wrote a piece the night of the election called “The Audacity of Hopelessness.” And in it, you said, “I feel hopeless right now. I am incredibly disappointed, but I cannot wallow in these feelings for long. I will not. The world will not end because of a Trump presidency. Tomorrow, the sun will rise and the day will be a lot less joyful than I imagined, but I’ll get through it. We all will.”

Roxane: Oh, I don’t have it back yet. The current president is such a spectacular failure…But I have nieces and a nephew and they’re bright and fascinating and fearless. I have to find my way back to hope for them, for other people’s children, even for myself. I’m only 42. I’m not going to live the rest of my life feeling hopeless, that’s for sure.

We have to continue to do the work that we do, that we believe in, no matter what it is. As a writer, I’m going to keep writing and just keep resisting fascism. Just holding this administration accountable, which I think we’ve done a really good job of so far. I’ve been impressed with what people have done. And I hope that we can sustain this level of energy, because we’re going to need to.

Erica: The little bit of hope I’m finding, and getting back day by day, is in people and in people’s response. Which is fitting, because it seems like what was lost wasn’t hope in a system. Most people I know who had a realistic perception of the world did not have hope in any sort of system, but had hope in people. And that’s what was lost during the election. So it seems like having hope in people is the only thing that will resolve this challenge. That people are responding and resisting and standing up and making beautiful things out of the mud that we’re in right now.

Erica Williams Simon is the host of The Call.

More from The Call 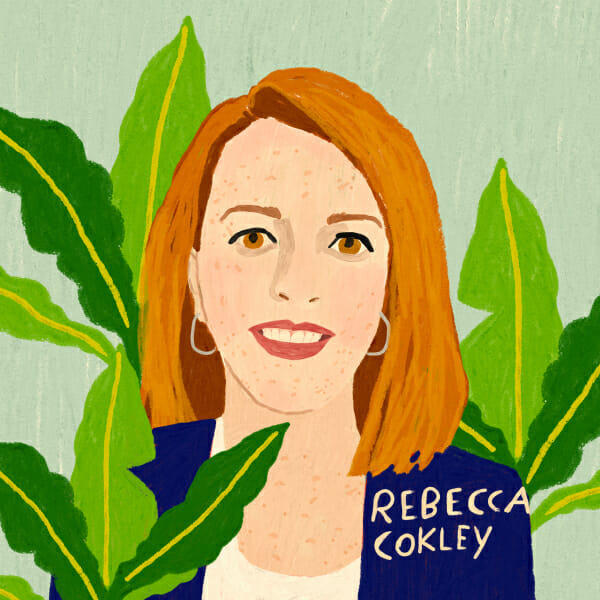