You could call me the Katherine-Heigl-in-27-Dresses of Instagram engagement announcements, if you wanted to. I love love. I love love, and I love surprises, and I love hemorrhaging hours upon hours of my time, free and otherwise, on Instagram. So to me, besides babies and soap shavings and unlikely animal friendships, there are few social media experiences in the world sweeter than being a third-party fan of another’s “Will you marry me?”

Not everyone agrees. I know many who long for the days of Instagram when their feed was a mix of “going-out pics” and what everyone ate that weekend. And plenty others who find flex-y Instagram engagement announcements annoying. I recently thought about Miranda Hobbes’s frustration with her friends’ endless rom-conversations—“How does it happen that four smart women have nothing to talk about but boyfriends?”—after a smart/cool/funny engaged friend asked that we talk about literally anything but her imminent wedding because it’s all she’d been talking about for weeks. (She must have sensed I had at least 36 questions in waiting, but to be fair, they were mostly related to font and stationery.)

I know it’s weird to be so enthusiastic about Instagram engagement announcements; they’re super weird in general, if you think about it, like something that would follow the sounding of a renaissance-era trumpet:

Friends, family; girl I haven’t talked to in over a decade but know both of us would feel awkward if we unfollowed the other because our cousins do improv together; cool high school science teacher who everyone in my grade told their drama to; sneaky spambots who said they’d follow for a follow but never did; old hookups; my friends’ pets’ accounts; etc.:

My non-platonic companion and I have decided to spend the rest of our lives together in a legally-bound manner. You may not be invited to the wedding but I wanted to let you know just in case you hear us use the word fiancé now, and also because we are socially conditioned to think it’s somehow shady and/or rude to not make this kind of thing public. Thank you!!”

And yes. I too read Jia Tolentino’s Trick Mirror essay about weddings and their always expensive, frequently performative, sometimes outdated universe of an industry. It was brilliant. But I also deeply appreciate happy news in my feed these days when it feels like bad news is the norm. Plus, like I said, I love love. I’ll never forget the time I helped a fellow passenger/absolute stranger propose aboard a twilight cruise of the San Francisco Bay–likely the moment that got me hooked.

It’s not every day one gets to witness a live proposal, of course. The only other time it happened to me was in front of a Belgian waffle food truck. Luckily, as my friends and I began to leave our early twenties and enter our thirties, people I actually knew started to get engaged and post about it online.

Below I’ve catalogued the 13 announcement types that have surprised me, delighted me, and romanced my feed over the years, in the hopes that you, too, are a fan. Or perhaps you’re considering turning your instagram feed into an Instagram Engagement Announcement Bingo Board given the mass proliferation of proposals to grace your feed of late. Either way, let’s gather in the comments section for a cocktail reception following the ceremony. You can tell me your thoughts about the readings while I sneak floral arrangements under my chair to take home later.

As they say in the fondant icing business, there is no such thing as too much of a good thing. I have recently had the distinct honor and pleasure of witnessing not one, but two instances of a Jinx. A Jinx is where both participants of a couple propose to the other, often at different times and in different fashions, which means that I—absolute glutton for love that I am—get to scroll through FOUR different engagement announcements per couple: two separate counts of “I proposed/they said yes,” and two separate counts of “they proposed/I said yes.” It’s I-do-x-2.

Talk to the Hand

From the modern to the traditional, nothing says “I’m engaged” like a tight crop of a newly bedazzled left hand with a caption that says, “I said yes!” I say yes, too, please, while understanding this may be a controversial choice. (Also, please follow @notengaged for Talk to the Hand’s antidote, and if you like to laugh.) Here’s why I like it, in addition to the love thing: I have a medical condition called Magpie-Itis where I can’t help but be drawn to sparkly things–to the point where I, similar to a toddler, have to be watched around sparkly things so I don’t go accidentally putting them in my mouth and swallowing. Additionally, Talk to the Hand presents ample opportunities for manicure ideas and aspirational cuticles for all who seek.

I know it’s a cliché to say “I’m marrying my best friend” upon engagement (as you’ll recall: Harling is skeptical), but if you think about its sentiment, is it not among the cutest clichés that ever existed besides “snug as a bug in a rug” or “two peas in a pod”? I’d marry my best friends. Let the lovers have it!

As a person who identifies more with being late than my star sign, and who also, unrelatedly, experiences social media paralysis when it comes to posting things, I find great solidarity in those who post perilously-close-to-actual-wedding-day-engagement-announcements, seeming to just remember, about six months later, that, “Oh yea, we’re getting married!”

VH1’s Behind the Scenes

I love, love, love the full story. Give me a novella-length caption with emojis for punctuation under your chosen “we’re engaged!” photo any day of the week. Post the video that your friend took while she hid in nearby shrubbery to film your proposal and project it on my living room wall. I want to know who did it, how they did it, how they met even if I already know, the trials, the tribulations, what they both thought about Netflix’s gripping documentary series Cheer, when the wedding will take place, and what the hashtag will be so that I can follow along should I find myself not invited.

The Forever in “I Haven’t Showered in Forever”

They say you shouldn’t tell your children who among them is your favorite, so let’s just say I’m partial to any IGA where the posters appear to have gotten engaged amid a physically-grueling activity, without checking a mirror, and/or during a vacation (everyone knows that you shower significantly less than usual during a vacation). A dear friend of mine got engaged with a (clean) thong tied around her ponytail because her last elastic broke and she forgot what was holding her hair up at the time of proposal. Besides the fact that I’m writing this from the depths of an unintentional shower hold-out, I find myself especially endeared to The Forever because it shows two people so excited to be in love that appearances were entirely besides the point.

The Couple Who Cried Wolf

Some of my couple friends are so photogenic, so consistently in bucolic settings and around foliage, so frequently filtered in black and white with portrait mode on, so perpetually entwined in one another’s arms, that every photo looks like an engagement photo to me. I have gasped so many times at IG posts of this one couple I follow/would date, falsely thinking they were engagement announcements, that when they finally did get engaged and announce it, I didn’t even notice at first. I was just like, *heart eyes*cartwheel emoji*heart eyes*accidental alien* and kept scrolling, then realized, “Wait a minute, was that something shiny I saw?” The reason I like The Couple Who Cried Wolf is because they keep me on my toes.

Similarly, I respect the casual, cryptic couple who really makes you look for the ring, decode three riddles, and follow one of J.R.R. Tolkien’s maps to the end of Middle Earth just to understand what the point of their post is. Finally figuring out that they’re engaged is so exciting that it can feel like you’ve just gotten engaged, too.

The Safari is an Instagram engagement announcement featuring a hyper-zoomed-out lens, the shot snapped at the exact moment our brave proposer popped the question. It usually means grainy photo quality, but the scenery tends to be great, and really, when it comes to the Safari, it’s the emotion of the moment that I’m after.

Oops another story time: A friend once called to tell me about a hike she’d taken that I suggested. (Not that I hike.) She and her boyfriend were walking along, enjoying the sites, when they spotted from afar the tell-tale signs of a knee drop/open ring box. My friend, hero that she is, took it upon herself to photograph the intimate moment just in case no one else had. Once the pair finished their embrace-that-follows-a-“Yes!!!” my friend approached (slowly, so as not to startle anyone off a cliff), introduced and explained herself, exchanged numbers with the couple, then texted them the pictures.

BUT IT DOESN’T END THERE.

A few hours later, I’m scrolling through Instagram, and I see the very same photos in my feed. Before I could mildly judge my friend for doing something strange like posting a total stranger’s proposal, I realized: holy on high—my friend who took the pictures didn’t post these; the couple who got engaged did. I am not only Instagram and IRL friends with them, I was best friends with the proposer in middle school!! The world is small and romantic!

Anyway, I love the Safari method.

There is always that one person who gets engaged who you may or may not have dated in a former life whose romantic news requires an immediate phone call to your most trusted council. That is all. I am neutral on this one but felt obligated to include.

Choosing a favorite Instagram engagement announcement style is like asking me to choose a favorite tooth (impossible!), but I do have a particular soft spot for The How. The How, or, the How?, is when two people from entirely different phases/worlds of your life somehow, magically, miraculously, wind up with one another, and you had no idea they knew one another, nor any idea how or why they’d ever meet. Former college classmates, high school classmates, and middle school classmates who didn’t really know one another in school but wind up together also fall in this same category. It’s like a real life romcom ending and I can’t get enough and I LOVE IT! More!

Sometimes people on my IG feed get engaged and I literally just have no idea who they are and it’s like walking past a wedding party in a hotel where I happen to be staying: a thrill.

My love of the Greatest Showman—a filmed-and-posted fanfare—has deep roots in my early engagement infatuation days, pre-Instagram, when viral YouTube proposals reigned supreme amid my browser history. Two favorites of yore that I highly recommend: 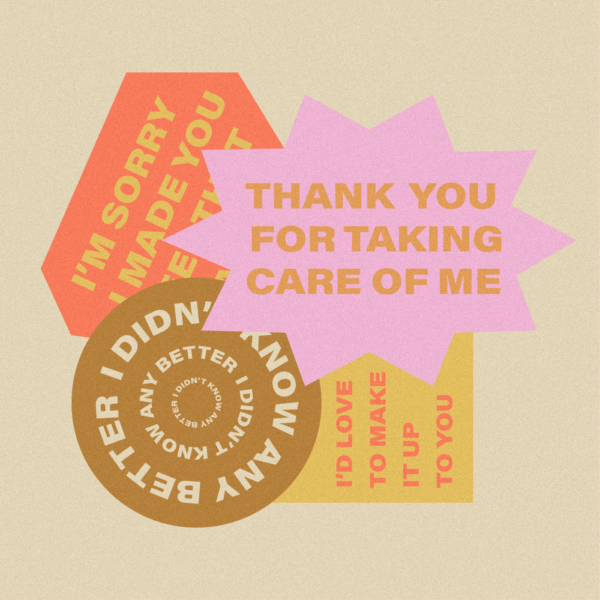