Like any awful break up, I’ve gone through the range of emotions this past week; shock, anger, heartbreak, fear and — though I’m not there yet, I’m sure it’ll happen with time — acceptance.

In my final year of high school, I took a class called “Government and Politics,” of which an entire module was dedicated to the European Union. Our class spent a lot of time discussing the UK’s role in the EU and ultimately how we felt about our sovereign powers becoming more entwined with the European parliament. A referendum was a hot topic then — and now, eight years on, here we are.

I’ve lived in New York for the past few years and with each month, it becomes easier to overlook what’s going on back home. I get caught up in my own day-to-day and US news can be overpowering, so it seems natural that my grip on UK affairs has loosened. I think I joined many people in believing that we wouldn’t actually leave the EU. It always felt like an empty threat that we had no intention of following through with, so waking up to the Brexit result on Friday morning really hit me like a ton of bricks, as they say here.

My immediate thoughts were of my European friends living in the UK, who have not only forged great careers but have contributed so much good to the country, and how unjust it would be for their lives to be uprooted. I’m a better, more informed and empathetic version of myself due to the diversity of cultures that surrounded me growing up and for that diversity to melt away is a shame for future generations.

Making sense of different cultures merging together is everything I know. I grew up in the UK with Indian parents and I spent years battling with myself internally about being both Indian and British, but not fully committing to either side. However, living in London and being surrounded by people from everywhere made grappling with my own self-identity that much easier. I didn’t feel the need to put myself in a box. It made me comfortable with what should have been uncomfortable — and I have the diversity of the UK and the freedom of movement of the EU to credit for that.

But the honest truth here is that it really hurt to watch my home country make such an impactful decision that was so profoundly against my own personal view. It’s a feeling that is extremely foreign to me, and not one I ever expected to experience so strongly. I feel helpless. I worry for how this will impact my family and friends who live there and wonder if this will influence my decision when it comes to moving back (pending the results of US presidential election, of course). And on an entirely selfish note, it sucks that my option to live in any of the 28 EU countries without any visa restrictions has now been reduced to no choice at all.

For now, I’m still processing the shock. Not only is this a decision about the UK leaving the EU, it brings to the surface much deeper issues about race and class divides that I felt, as a country, we were making effective progress to overcome. The UK is no longer my everyday environment, but I certainly do not feel removed and unaffected by what’s going on — my personal belief is that nothing and no one is better off by isolation — and I hope, during a period of so much uncertainty, we don’t lose the defining qualities of acceptance and inclusion that make Britain truly Great. 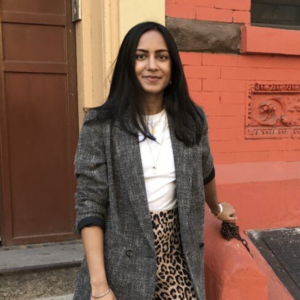