I fell into my first sneaker wormhole while working at Outdoor Voices on a collaboration with Hoka One One on their Clifton 4. We loved the old Hoka styles from the early 2000s and found that an easy way to dig through the archive was actually by hunting around on eBay. The Hoka One One Stinson became my go-to search. (“Hoka One One Stinson Lite” and “Hoka One One Stinson Tarmac” if you want to get really specific.) Something about the now-discontinued running shoe was charming: colorful and chunky, like a Jolly Rancher made for running. 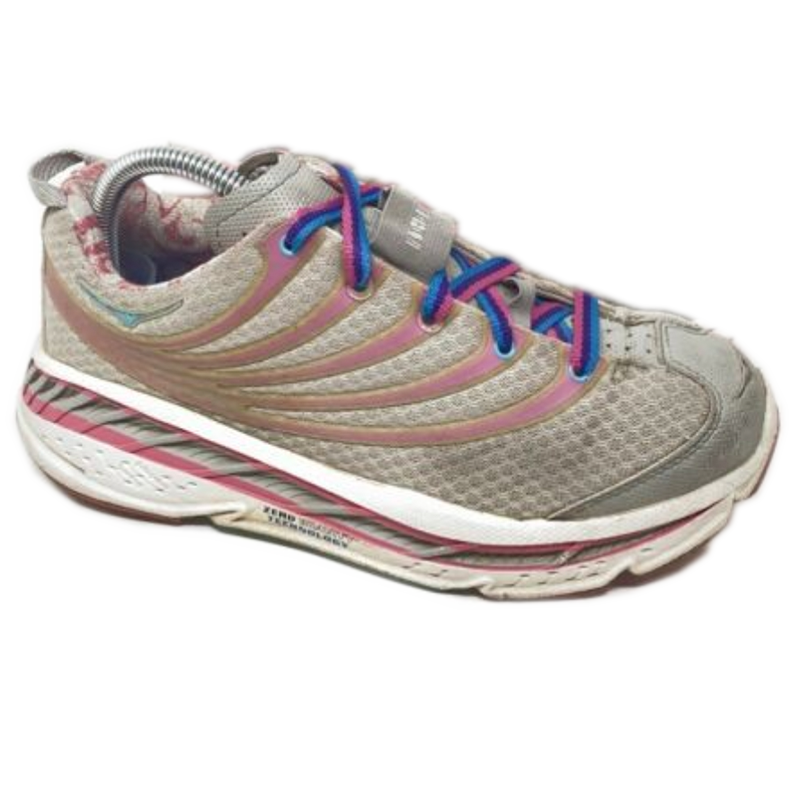 Pink and White Hoka One One Running Shoes 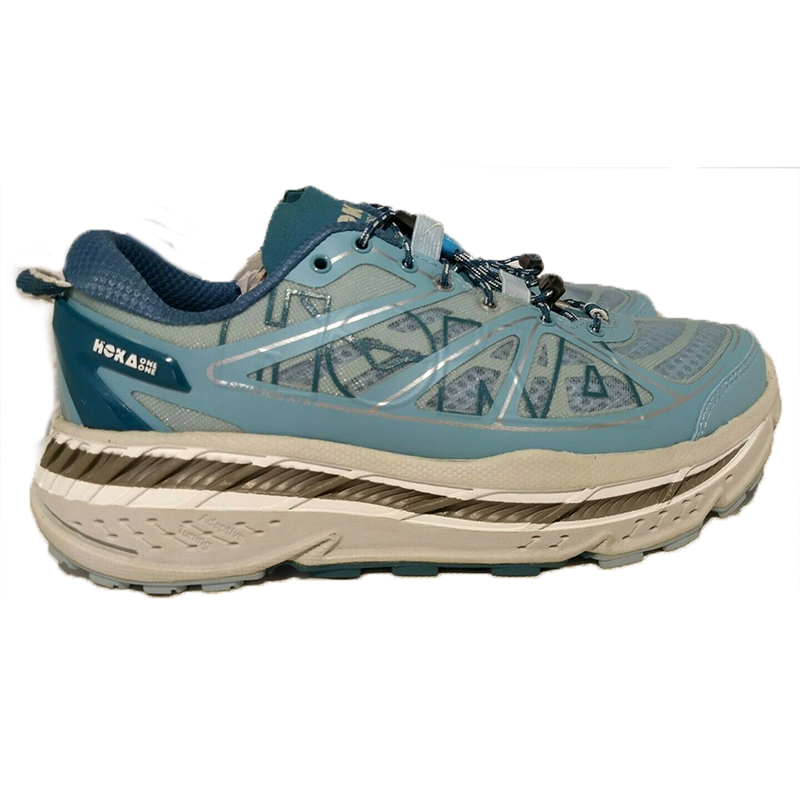 Blue Hoka One One Running Shoes 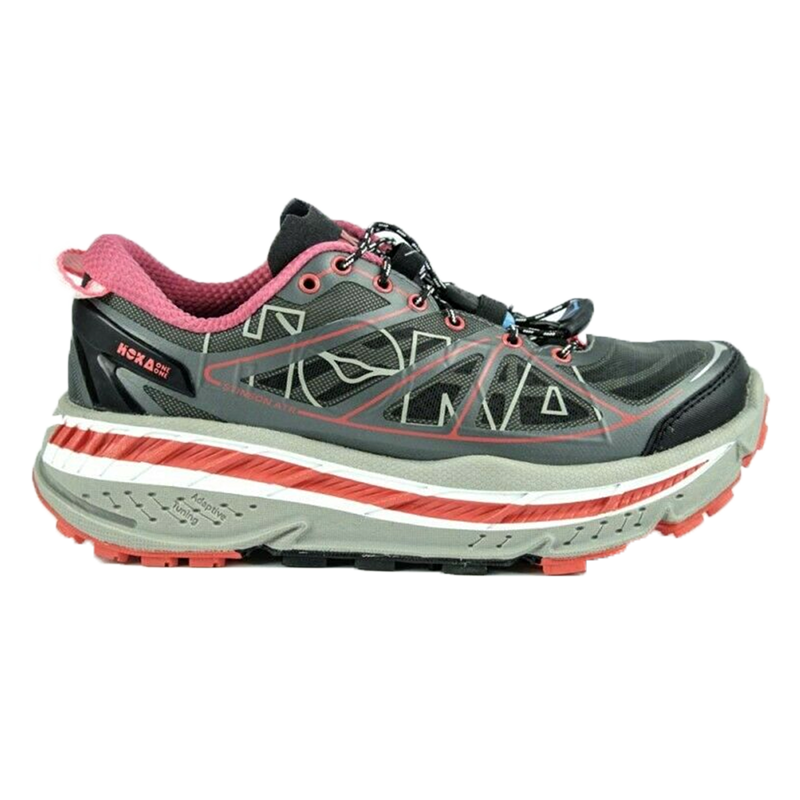 Grey and Pink Hoka One One Running shoes 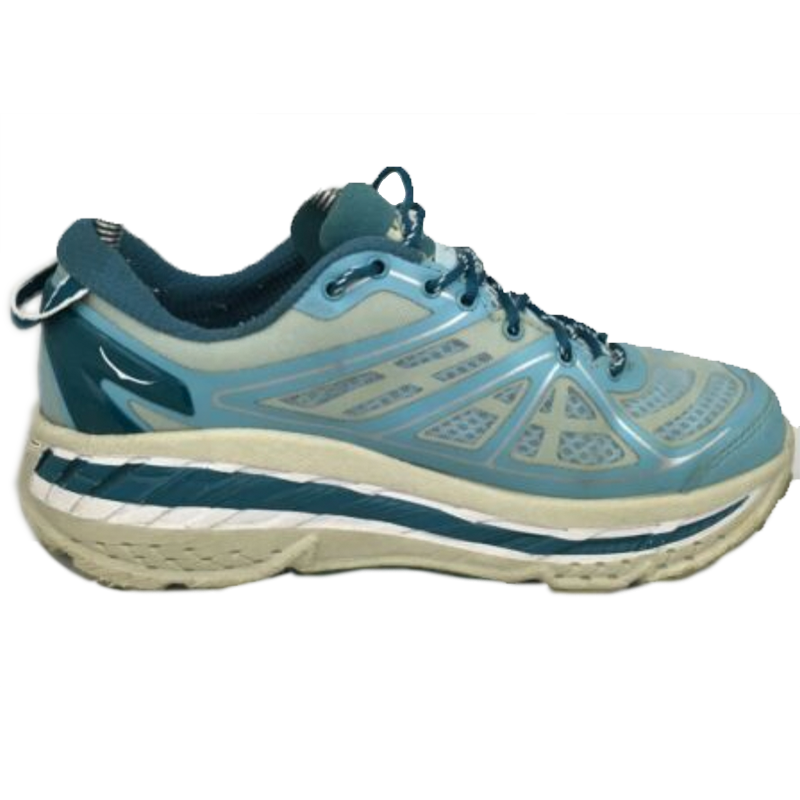 After the Hoka wormhole came the Newton obsession. Based in Boulder, Colorado, Newton Running shoes offered a sleeker, cleaner look compared to the chunky Hoka. They had a much slimmer sole, which made me feel like a “serious runner” and looked smart enough to wear with a dress. I love the blocky color combinations older Newtons have. Poshmark seems to oddly have a good selection of used Newtons starting at $25. (Like these, these or these….) If freshness is your thing, you can find some good ones on eBay, too, by filtering the condition to “New with box.” 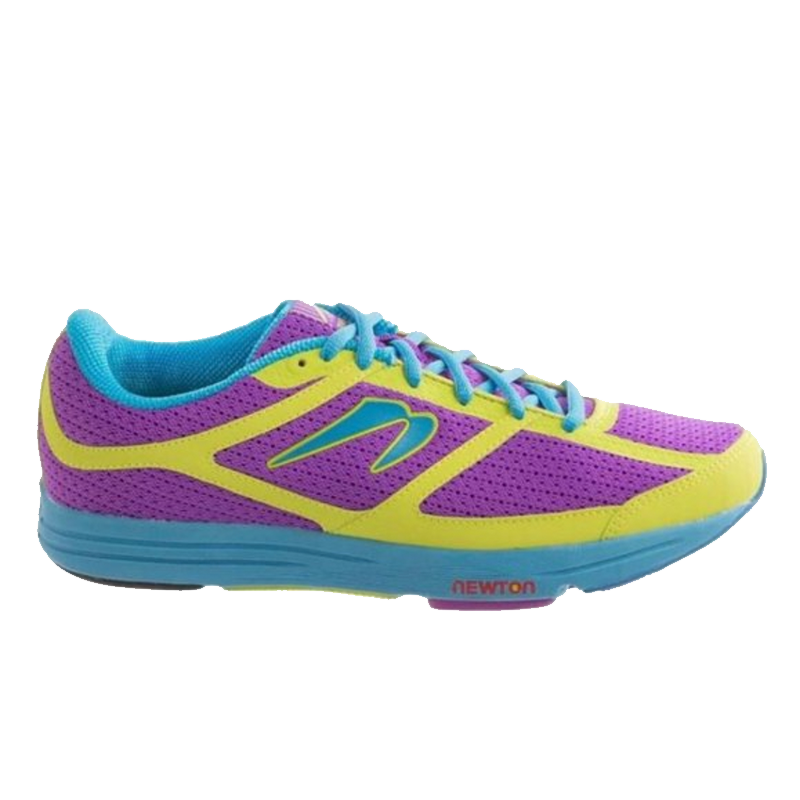 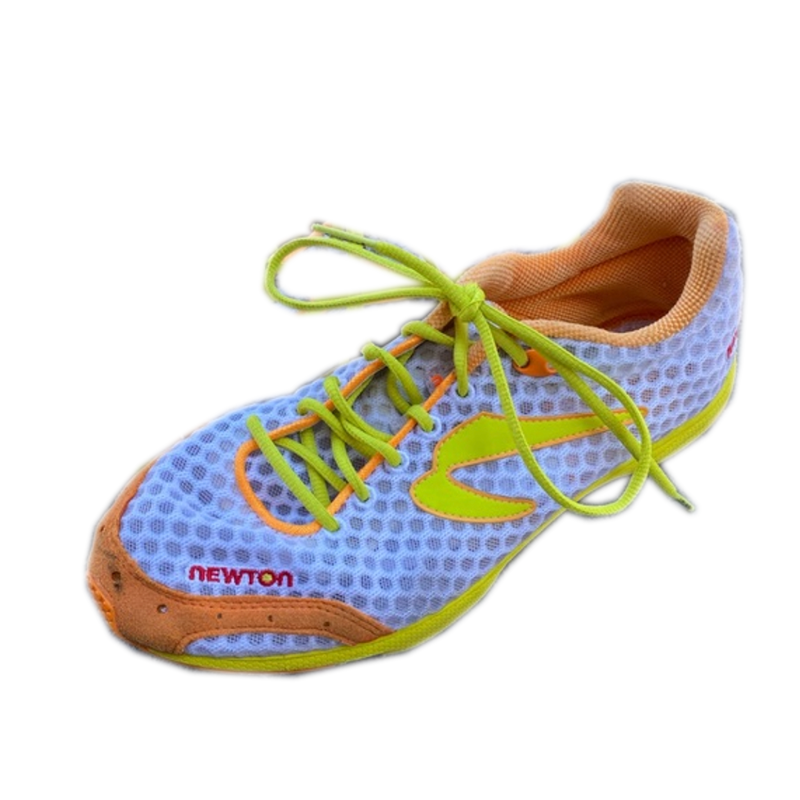 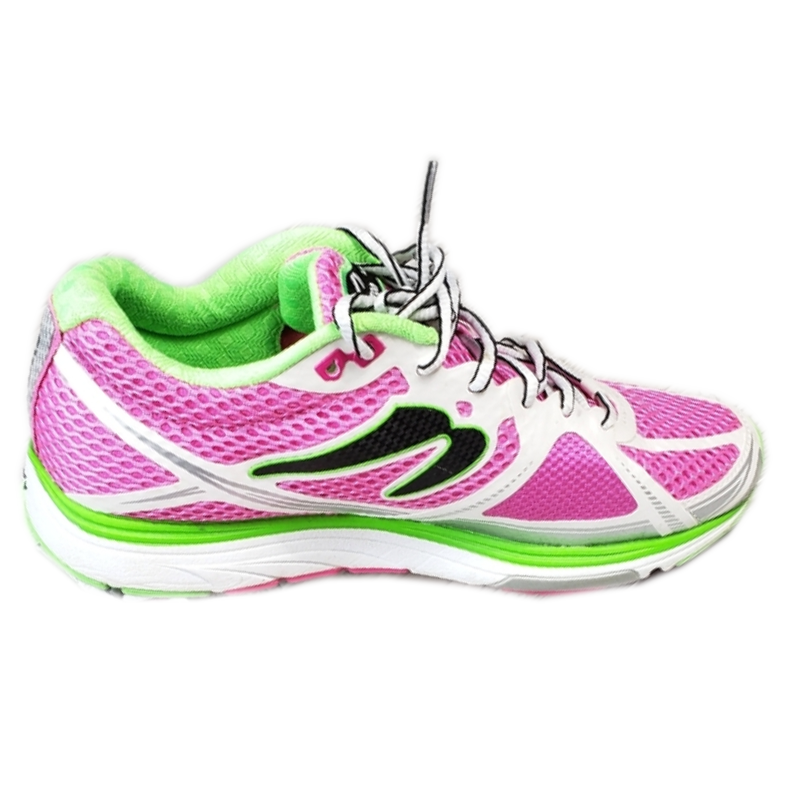 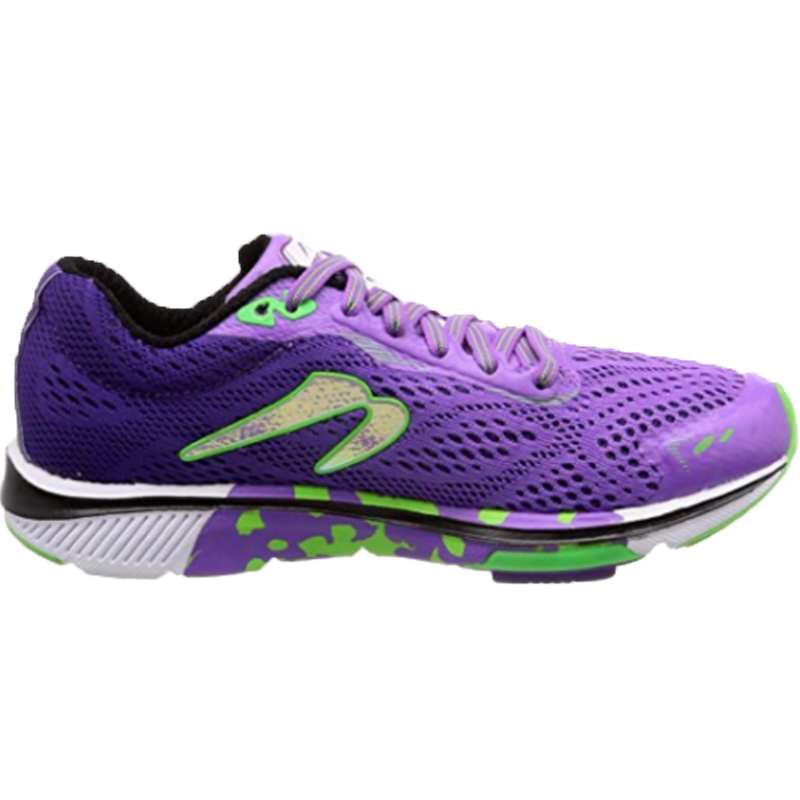 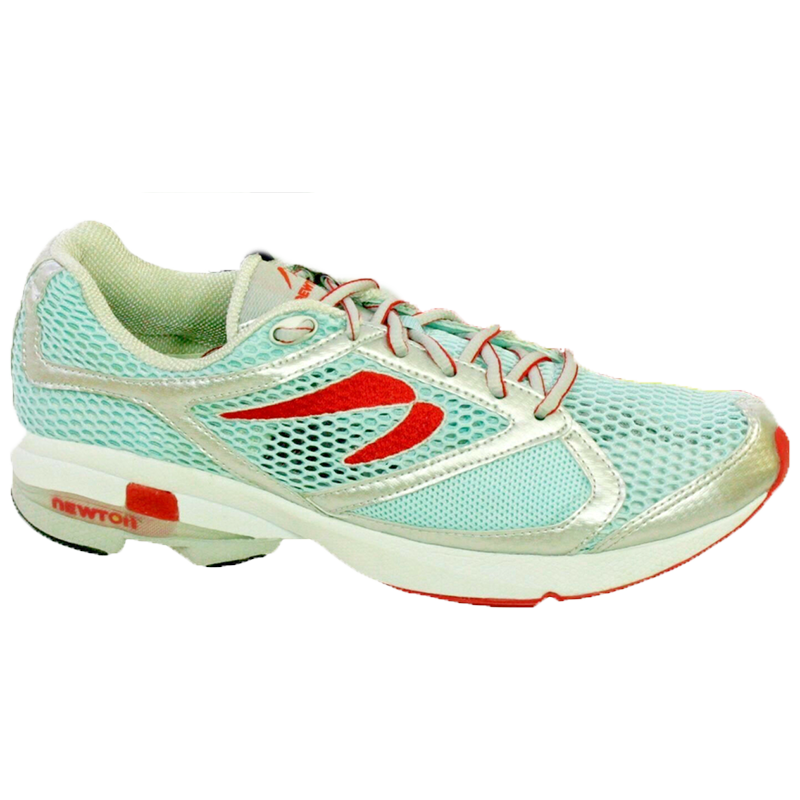 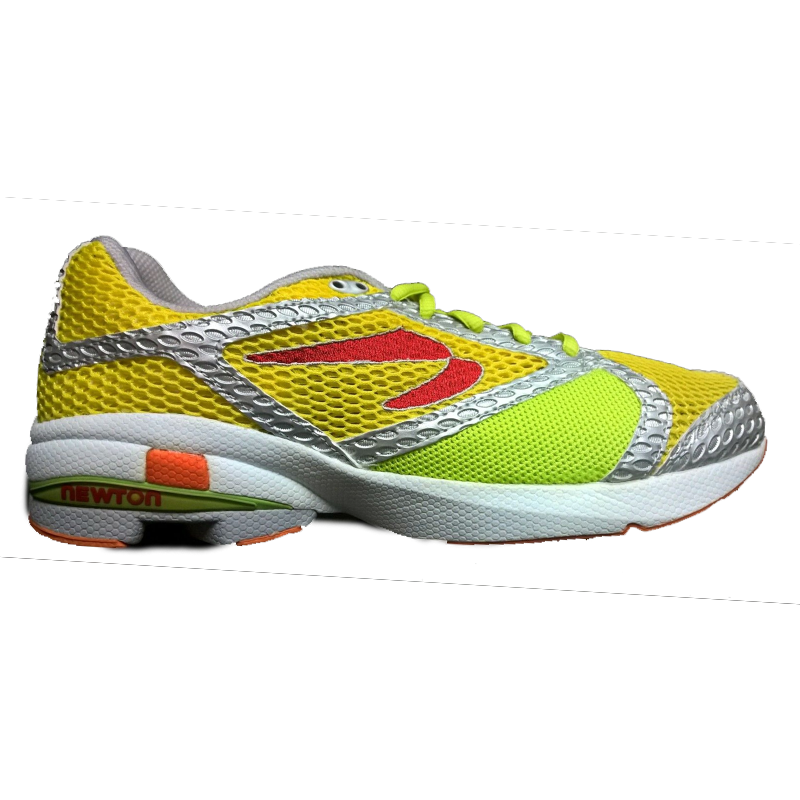 So, those are my current obsessions, but of course I could always use more. So I talked to a handful of leading sneaker aficionados about the vintage styles they love the most right now.

LA-based creative Alexis runs the excellent vintage shop Fruta de Dulcé and has collaborated with and designed for Nike.

“I’m a huge vintage sneaker enthusiast. I love to pick colorful old sneakers and mix them into my wardrobe. My fave over the years have been Nike Rifts. I love this pink pair—the split toe is super comfy.” 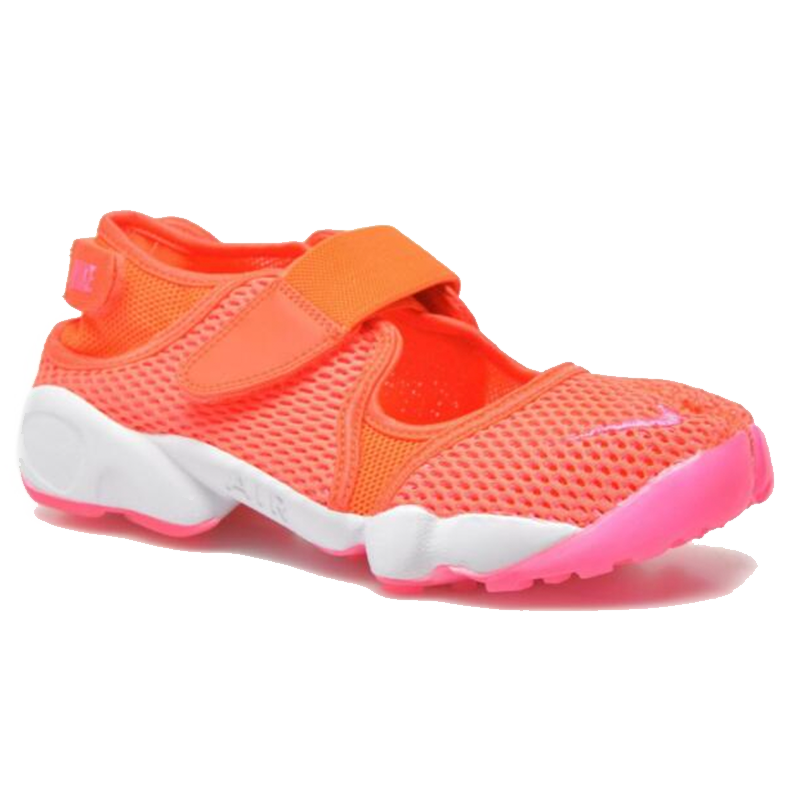 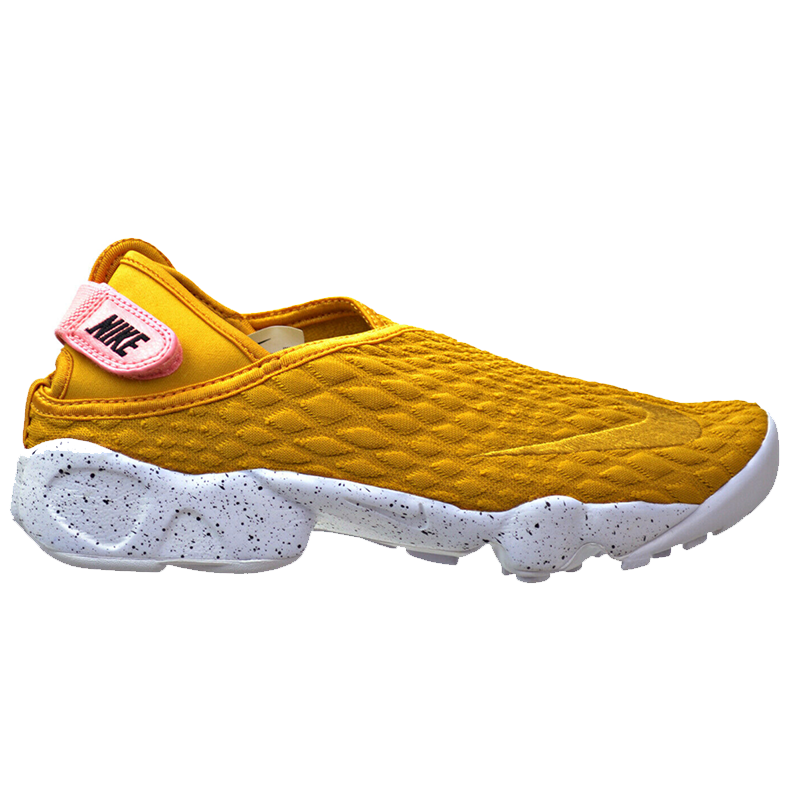 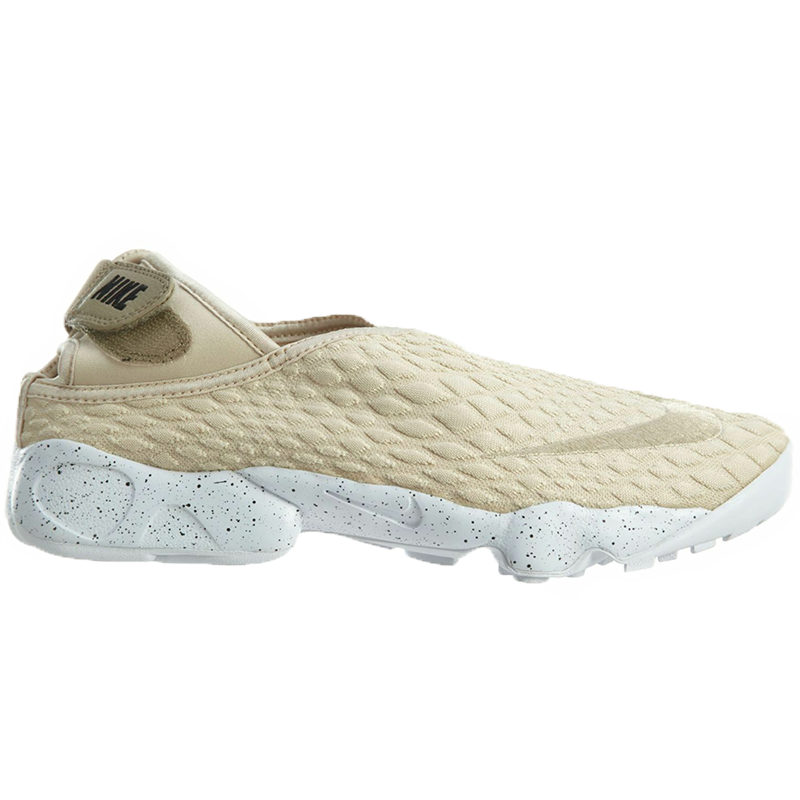 As the director of the Helen Kirkum Studio in London, Helen makes bespoke sneakers using discarded materials—some of which come courtesy of Traid, a local recycling center.

“The most underrated vintage sneaker is the one you already own 😉 I’ve never been a sneakerhead, but one thing I’m sure of is that we have a deep connection to our own personal products, especially footwear and sneakers. The marks and memories on your shoes are what makes them unique and beautiful, and no one knows how important they are and how special those memories are except you. That’s why they’re underrated.

I recently upcycled one of my pairs of Converse, [a pair] I’ve had since I was 15—I paid homage to the shoe but gave it a new life. On the foxing tape it says, ‘Helen’s shoes are orange.’ I remember writing that all those years ago, and that story lives on in the new shoe I created.”

Jazerai is a creative strategist, sneaker designer, and founder of TrueToSize, a brand strategy agency. She’s currently featured on Quibi’s “You Aint Got These” by Lena Waithe.

“The Nike SB Avengers in purple are one of my favorite SB releases. They were released in 2005, so I wouldn’t technically consider them vintage, but they’re one of the few dope colorways of the silhouette that have been left alone (and not retroed).

Not only are they from the Pink Box era of Nike SB—which is arguably one of the most definitive periods—they came in a few different styles, using different leathers, and the pinstriping is so beautiful.” 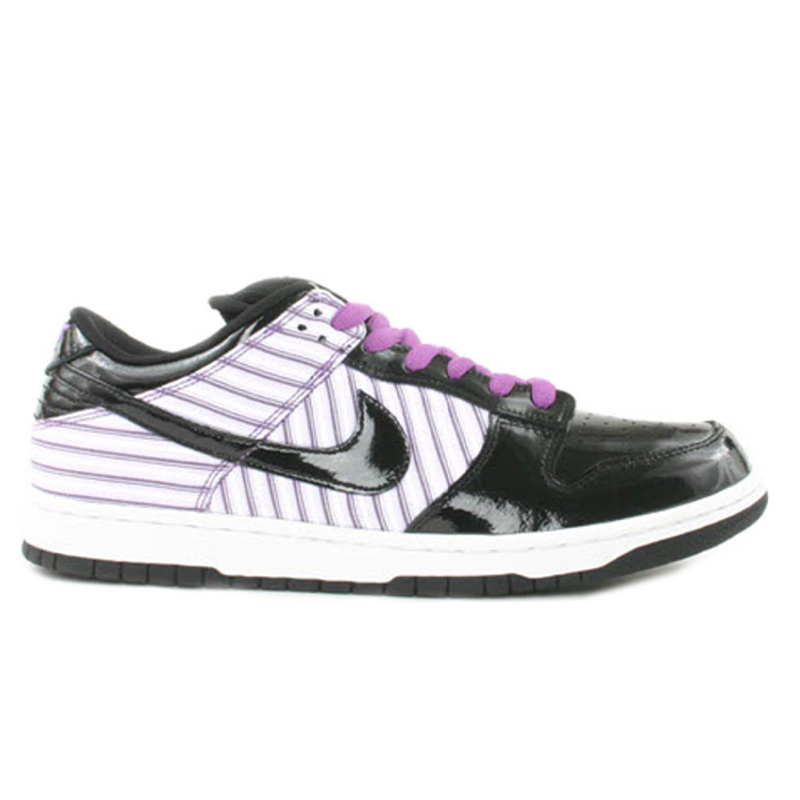 Designer Colin Meredith describes himself as the “pickiest shopper in the world, so I try to make everything I can, my way.”

“These 2004 Nike Shox. If we’re talking vintage sneakers, then I probably have to choose a Nike. I feel like Nike was really at its strongest during the late ’90s to early 2000s, design-wise and in colorways. This is a really nice colorway, with a little pop of color, but paired with quieter tones, in a tasteful way. I also love the futuristic/soft lines. I feel like the ’90s vision of the future was really fun.” 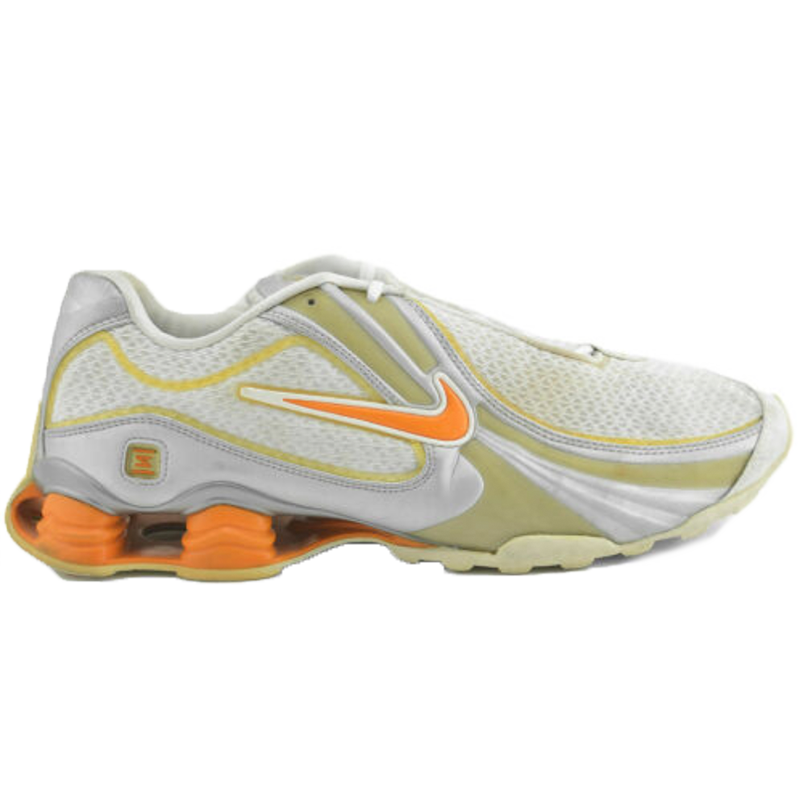 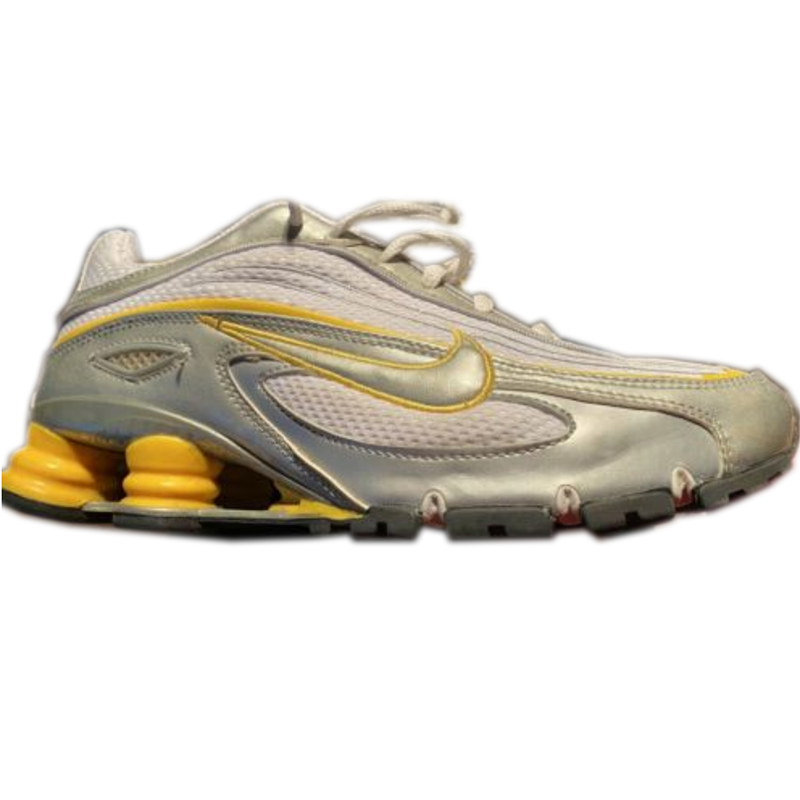 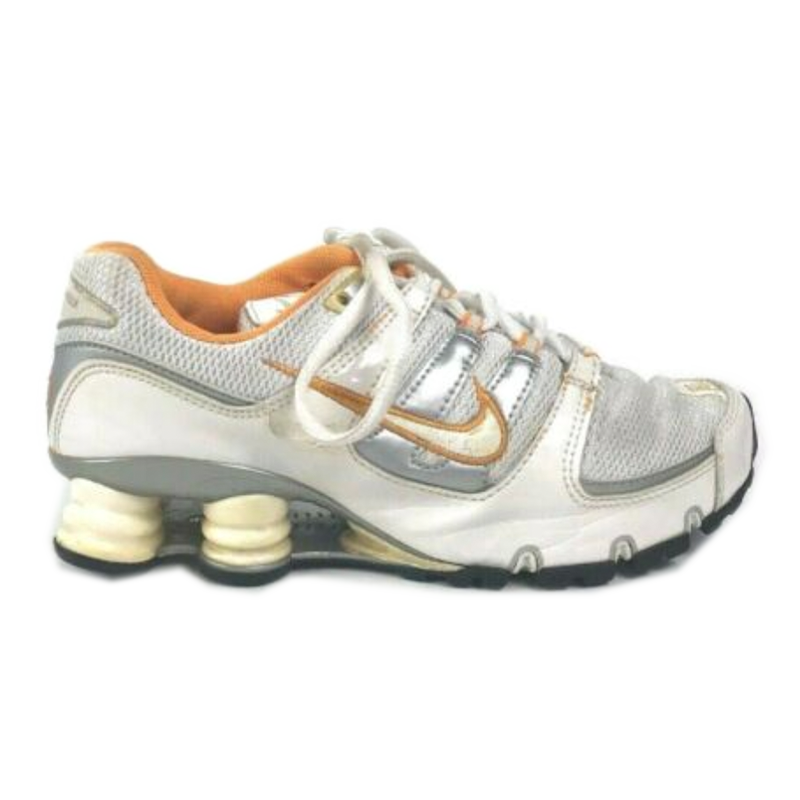 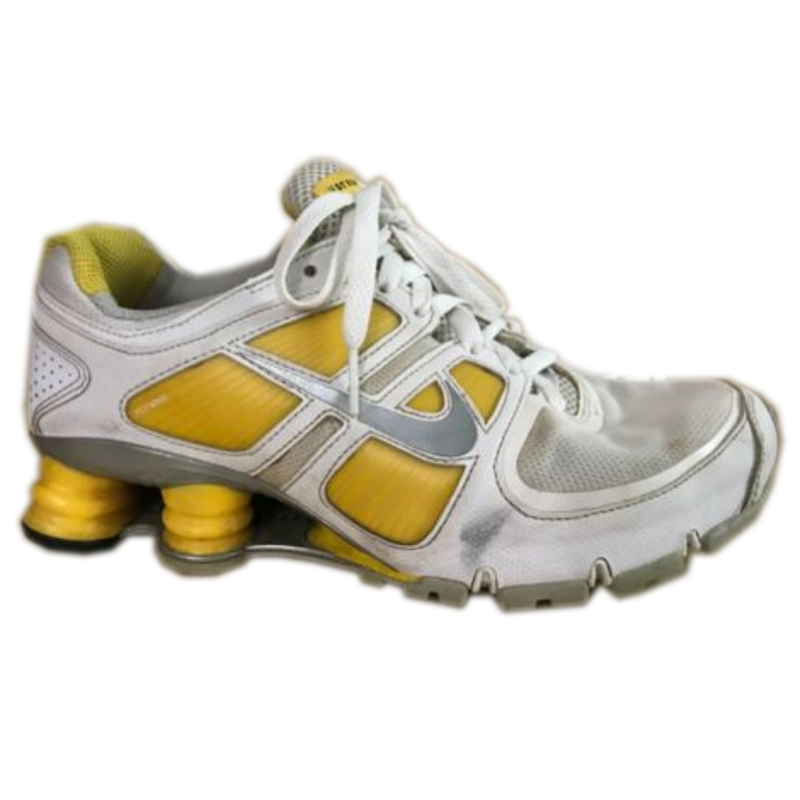 Ida is an Oslo-based PR and creative consultant who loves to connect people and create. 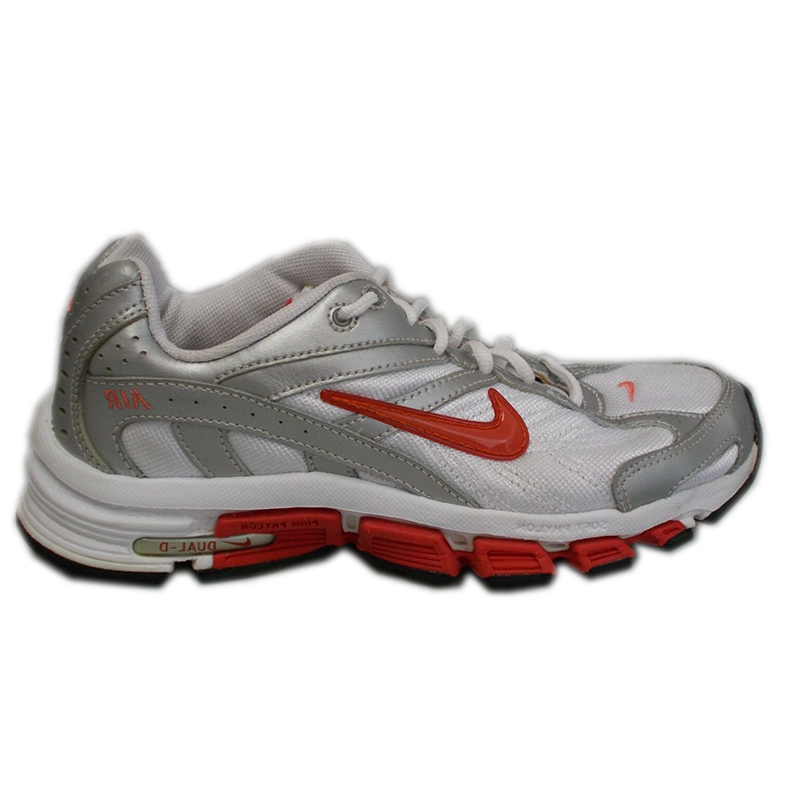 “I love finding shoes that no one else has. I spend so much time researching old archives and books to find the best sneakers. A little tip: If there’s a model you like this season, look it up and try to find the old models on eBay—I don’t wanna think about how many hours I’ve put into finding sneakers on eBay. They’re so much more fun and more authentic.”

Mellany is Drake’s stylist and a Vogue alum who also previously led creative direction at Kith.

“The Nike Air Max 180. This style isn’t the most obvious choice from the Air Max series, but it has had numerous reentries onto the market after its initial release in 1991. It’s absolutely the most comfortable of the vintage runners, and what I love about that [is] it’s so easy to style with trousers, denim, or with a leg showing and a strong sock—they look especially good with a tightly ribbed white crew sock. 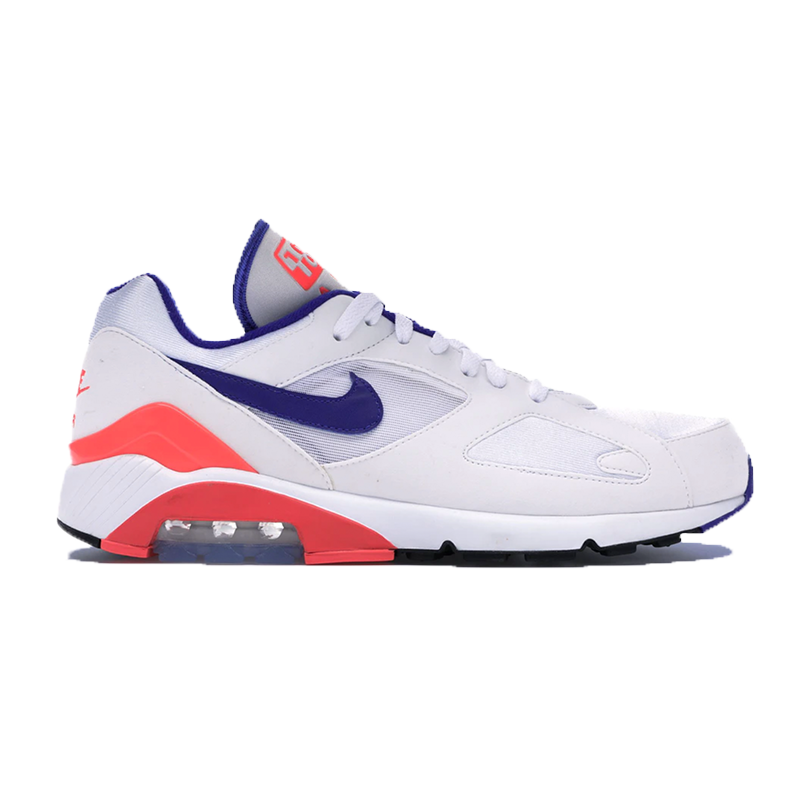 When you wear it with a good trouser, it has that great look of the New York woman who switches from trainers to heels on the way to the office. I’ve named mine the ‘corporate runners.’ They’re sort of everywhere—one eBay search shows me they’re not too difficult to find, and I’d suggest starting your collection off with the original ultramarine colorway.”

“The Reebok Insta Pump Fury—I hardly see anyone with them on their feet, nor hear many conversations about them. They came out in 1994, a year after I was born, and they’re synonymous with classic Reebok—they never go out of style, thanks to its streamlined and chunky aesthetic. 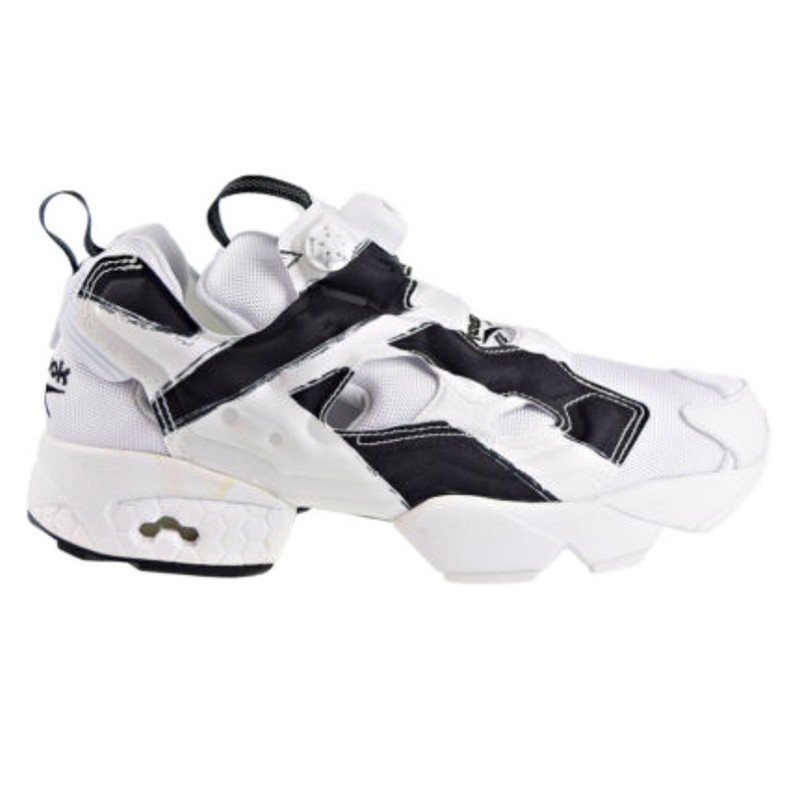 They’ve been brought back a few times over the years. I have the pair that was part of a collab with a sick Copenhagen store, NAKED. I’ve also had the all-white originals and the neon-green colorway.”

Sergey is the author of the Trainer Spotting Instagram, dedicated to historic sneaker moments.

“New Balance 730 is one of the most underrated breakthrough sneakers of the 1980s. It was released in 1981 and became the first shoe from a category we now call ‘luxury sneakers.’ It was consciously expensive—it was marketed for ‘doctors, lawyers, and CEOs’ rather than for athletes, and it was probably the first shoe to be advertised as ‘limited edition.'” 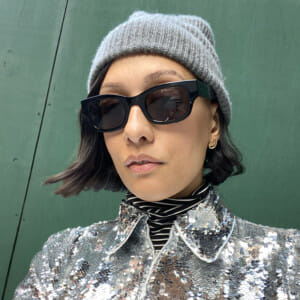