I grew up in a California suburb known for its view of the Santa Cruz mountains and weather so temperate you could barely feel it. For the 16 years I lived there, the seasons passed discreetly. Sometimes the farm down the street sold fruit, other times pumpkins; sometimes light rain fell on my soccer games, other times the sun warmed the leather of my Honda Civic steering wheel. But the climate had little bearing on the broader story of my life.

This is part of why my parents moved there in 1985, newly married and sick of Colorado winters, yearning for months to pass in a pleasant 70-degree blur. They always said I didn’t understand seasons, and they were right. It wasn’t until I moved to New York that I realized time worked differently in other places; that the date wasn’t just something you wrote at the top of your papers but the foundation upon which an evolving social calendar and approach to life was built. March means something here. As do July, November, and January. In a place with seasons, life takes on a dramatic and cyclical narrative. This intrigued me right away, but I didn’t grow to love it (which includes complaining about it) until I recognized the broader metaphor. The way weather could be even more than an organizing principle, but a way of being. An opportunity to see yourself and your life anew, every few months.

Like people and their moods, New York’s climate is never just one thing. Sometimes it’s balmy and saturated, drawing us outside and into the masses. Other times it’s ruthless and cutting, pushing us into warm rooms and the inside of our own heads. If spring and fall are about transitioning into new versions of ourselves, and summer is about opening up, winter is an opportunity to turn inward—to examine who we are when we’re alone, and explore the benefits of isolation. It’s also, now that I’m getting to the point, the perfect time to read the kinds of books that move and change you.

October found me in a reading slump, a spill-over from a hot and busy summer. As the cold crept back into my daily rhythm, I couldn’t remember how it felt to be inside my own head, in tune with myself and the world around me. I missed the feeling of stopping mid-book, mid-page, and realizing with a euphoric stomach-drop that this is all I need. That’s when life feels the simplest (and oddly, the most infinite), and an impending winter is the perfect impetus to search for that feeling. So I made a list of books I wanted to read over the next month. I imagined they would serve as an emotional tune-up, but I didn’t realize they would send me on one of the most perception-altering reading benders I’d ever experienced.

So if you’re facing a looming winter of your own, literal or emotional or both, west coast or east coast or somewhere else entirely, here are six ways to change by sitting very still.

My sister recommended The Great Believers by Rebecca Makkai to me a while ago, and when I finally picked it up, I was vaguely disappointed by the bright yellow cover and intrigued by its “New York Times 10 Best Books of 2018” sticker. I quickly forgot about both. The book flips between two vastly different storylines: a group of gay friends in the midst of the nascent AIDS epidemic in 1985 Chicago and a mother looking for her daughter in 2015 Paris. But they’re more connected than you might think, and not only because the mother, Fiona, is in both. The two stories home in on the unique experience of confronting death and tragedy, and the way normal life, impossibly, doesn’t stop on account of either. That might sound sad, and it is (I cried a lot), but the world Makkai builds is rich, immersive, and filled with a subtle kind of hope. I genuinely couldn’t put it down, then didn’t want it to end. The Great Believers not only offered me a window into a time I didn’t previously understand, it reminded me, with arresting clarity, that time is precious, and its passing can be brutal and beautiful in equal measure. 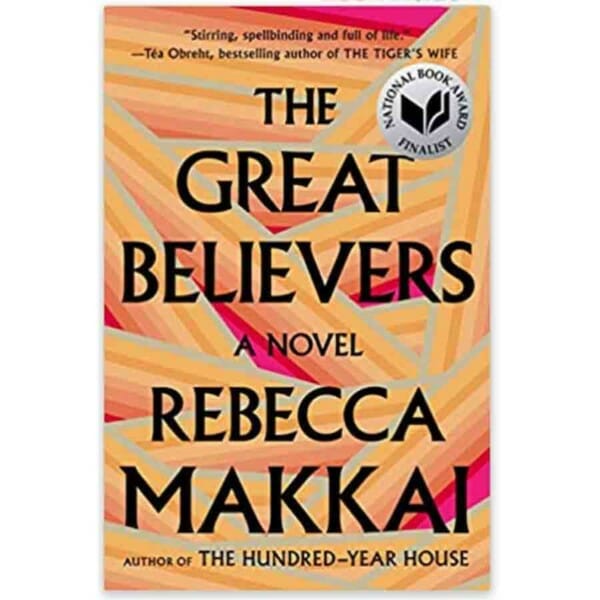 How to Change Your Life Without Changing It

I’d been meaning to open How to Do Nothing: Resisting the Attention Economy by Jenny Odell for a while, and by the time I closed it, I felt like a different person; like someone who notices the dry, crackly sound of the trees in the wind, or who dutifully heeds her ScreenTime limits. I know the premise of it sounds preachy, but this book isn’t out to shame you for being addicted to your phone (although it does ask that you acknowledge a reliance). It’s more interested in understanding how we got here, and how we can possibly navigate a world that demands so much of us, and in such tiny, exhausting increments.

Weaving together perspectives from philosophy, history, sociology, art, birds (!), and anecdotes from her life, Odell manages to explain the nature of attention in new and surprising ways. Maybe most refreshing was the fact that she doesn’t suggest we withdraw from modern society like commune-bound hippies in the 60s, but find new ways to engage with our existing structures (or, as she calls it, finding “third spaces”). Reading How to Do Nothing felt like walking downhill. By the end I felt grounded, newly attuned to the physical world, and like so much more than a cog. 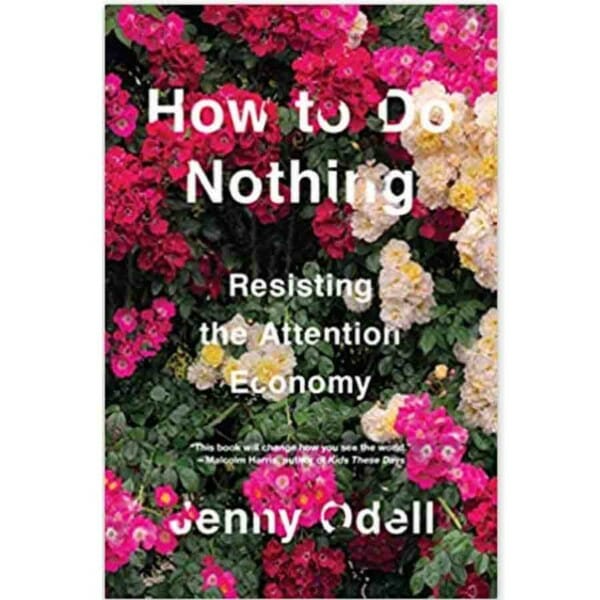 Lisa Taddeo’s Three Women ungrounded me, dunking me into three new worlds at once. A work of nonfiction that reads like a novel, the book follows three real women over the course of an emotionally tenuous time. Maggie is a 17-year-old who has an affair with her teacher; Lina is in a sexless marriage with the father of her children; and Sloane’s husband likes to watch her have sex with other men. Taddeo spent around eight years reporting it, and it shows. The storytelling is as intimate as if it were written by the women themselves, which makes for a compelling format. But I found it distracting, too, because clearly liberties were taken, which to me compromised the premise. Perhaps the prologue, with its claims that Three Women was a once-in-a-lifetime-look into female desire, was too lofty. Still, I read it in about 24 hours, riveted, and came out of it feeling like I’d lived three more lives. 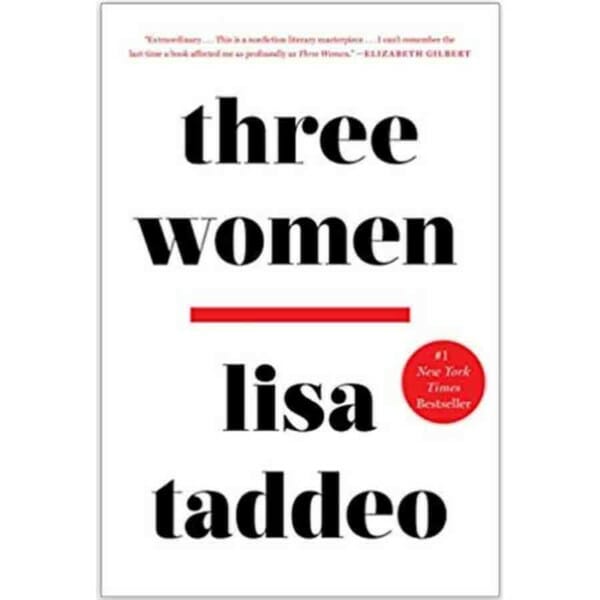 How to Get Lost on a Weekday

The next world I ventured into was The Topeka School, Ben Lerner’s most recent, semi-autobiographical novel. Set mostly in the mid-90s, it jumps between multiple perspectives: Adam, a brilliant teenager who’s unable to wield his intelligence responsibly, and his therapist parents. The story centers a kind of psychotherapy utopia in Topeka called The Foundation, where both of Adam’s parents work and where experts in the field mix and mingle and cross professional lines.

The prose is dense at times and little nuggets of wisdom come at you fast. Here’s one I wrote down, in reference to the friendships formed between therapists at The Foundation: “We thought that if we had a language for our feelings, we might transcend them. More often we fed them.” This feels like an apt description of the book. Reviews say The Topeka School is a story about male rage, which it is, but to me it read more like an exploration of complicated inner worlds—both unspoken and exhaustively (if inadequately) shared. I sped through it in a couple days, curious not just about who the characters were, but where they were going. By the time I finished, aside from being disappointed by the end, I felt like I’d been away for weeks. 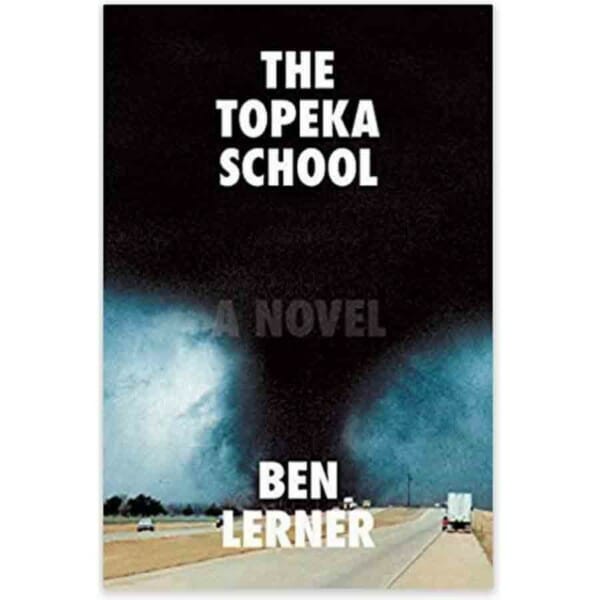 How to Understand Your Place in History

Amusing Ourselves to Death by Neil Postman also took me to the past—it was published in 1985—but this time with a different goal: to offer me a new perspective on the corrupting effect of television on cultural discourse. I know that sounds deeply boring and maybe curmudgeonly, but trust me when I say the book is fascinating. It was recommended to me by a few people after I commented that the democratic debates look like a gameshow, and I bought it right away. The fact that it was written before the internet era could undermine its relevance, but I found it to do the opposite. As Postman sees it, the stakes are simple: Culture is either informed by the written word or by moving pictures. In what amounts to a long, convincing thesis, he examines the implications of both. He offers a different explanation as to how we got here than you’re likely to hear today. The book had the unique effect of making me realize I was and am a product of my time, not just in the tools I use to communicate, but how I think about, process, and understand the world around me. 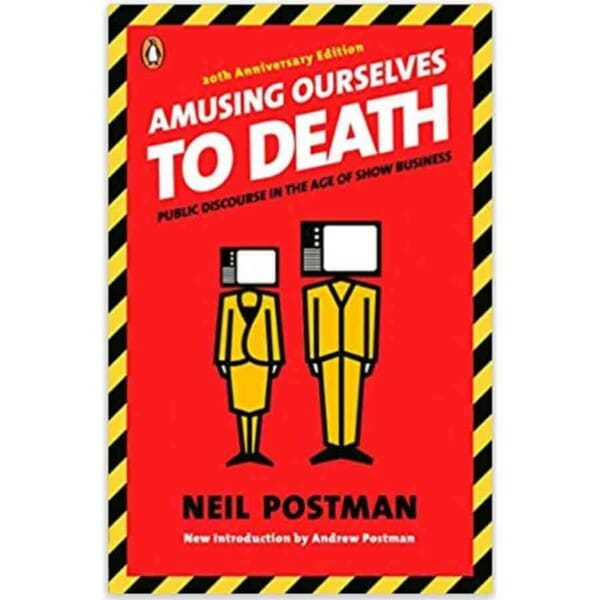 How to Feel Disturbingly, Gloriously Alive

I finished the last book on my list in embarrassing sobs on the subway platform last weekend. When Breath Becomes Air is a memoir by neurosurgeon Paul Kalanithi, which he wrote during the last months of his life, tragically cut short by lung cancer at 37. I heard about it when it was first published in 2016, finally bought it for my boyfriend earlier this year, then ended up reading it first (this often happens with my “gifts”). Kalanithi wasn’t just a doctor, he was a student of English and philosophy, and before he was diagnosed, he was obsessed with understanding the meaning of life and death. Faced with his own much sooner than expected, this book serves as his final attempt to understand what it means to die. It was published posthumously and immediately became a #1 New York Times bestseller. Calling it beautiful and sad feels insultingly simple, but ultimately that’s what it is, in the most honest interpretations of the words. 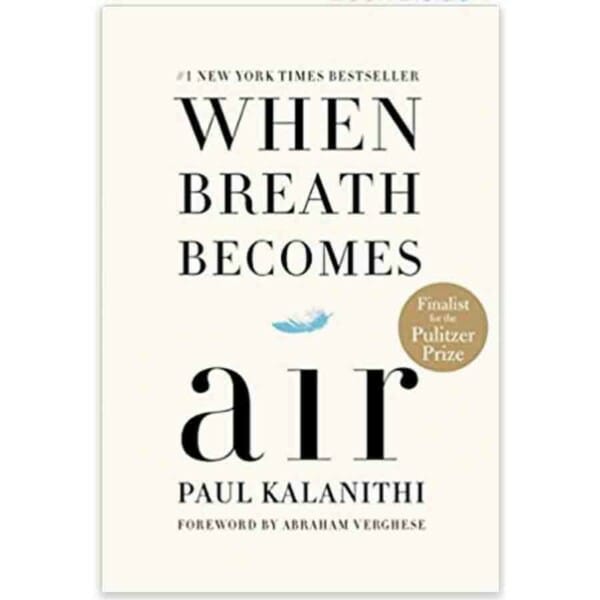 After reading about how to live more fully, imaginatively, presently, and thoughtfully, reflecting on the inevitability of death felt like a fitting and welcome reminder that I’m alive. Even though the trees outside are growing sparse, and life outside my house and head are growing quieter, I’m still breathing, heart beating, and feeling more present than I thought possible.

What books do you think make for good cold-weather reads?