What’s more cliché than calling out a cliché? What’s old is new again, and in this case, we’re rediscovering value in the most trite and well-trodden of ideas. We may not be able to teach an old dog new tricks, but we can tease new enjoyment out of the tricks we’ve got. In that way, I guess we can have our cake and eat it, too.

In this month’s reading, I will embrace as many clichés as possible, cherry picking the ones that most resonate with your zodiac sign. These are the ones to hang onto, the little sayings that communicate the lessons you’ve absorbed better than anyone else. They may have become meaningless to the masses, but for you, they continue to be relevant.

Aries: I’m mad as hell and I’m not gonna take it anymore!

Aries live through their righteous anger — it’s where the magic happens. For you, being mad is just being alive. Babies aren’t born laughing, and for good reason. It’s a cold, sharp, bright world full of difficult forces we have to navigate with our soft little bodies. If you’re not mad, you’re not paying attention (another classic Aries cliché), and such is your impetus for doing anything. And you do everything. When you’re pissed, you take action. You pump iron, cut that person off (verbally and also in cars), start companies. Not every venture lasts, but hey, at least you’re doing something.

Taurus energy is all about flexing unseen power. Your regal bearing and poise are disarming, and because you don’t break a sweat, it’s easy to assume you aren’t making moves. But one can’t argue with results: Taureans are among the most resourceful and competent signs in the zodiac. Your ability to focus and stay invested in a project (you are the sign of money, after all) pays off over the long term, and in the end, you’ve built an entire empire right under our very nose.

Gemini: Do one thing every day that scares you.

Geminis are undersold for their fearfulness. You are exploratory and brave and risky and amazing, but those qualities can come bundled with a certain measure of anxiety. Indeed, your frenetic mental energy is at once a response to all the ideas and experiences you seek out and a way to keep you from total stasis — the bane of your existence. Seeking out something (moderately!) scary every day is a great tactic to keep the real terror at bay: boredom.

Cancer: Don’t cry because it’s over, smile because it happened.

Cancers are the sign of early development and formative childhood experiences — they are the emotional backbone of the entire zodiac. That means you don’t move on easily (or at all) when you close chapters of your life. What you do better than anyone else is weave your painful experiences into the tapestry of your personal history. You’re forever writing an epic poem in your heart about who you are, which is intimately connected to who you were. You don’t just contain multitudes — you’re multidimensional.

Leo: If you can’t love yourself, how in the hell are you gonna love somebody else?

This gorgeous, iconic statement of radical self-love comes from RuPaul himself, who is not a Leo but clearly understands how they think. For the lions out there, your reputation for hamming it up every day is not simply about serving yourself, but about serving humanity. The truth embedded in this cliché question is that it takes love to give love, and the first person we need to treat well is ourselves. For you, your relationship to who you are structures your relationships to others, so you can only be good to your friends if you’re great to yourself.

Virgo: An apple a day keeps the doctor away.

Virgos exist to bring order to the world. You can be air dropped into a mess and in half an hour you will have tamed the chaos into something Instagrammable and functional with some optimal combination of spreadsheets, ergonomics, stackable bins, and notebooks. But you are less driven by the value of the results than you are attracted to the ritual of a productive routine. You derive meaning from structure, and you stick to habits like no other. So a simple mandate of a daily apple is highly achievable, not only because it’s healthy, but because it’s addictive.

Libra: If you stand for nothing, you’ll fall for everything.

Libras, you’re out to win the hearts and minds of everyone around you, which often means having to gently tuck away every unsavory or controversial opinion, every ugly cry face, every raised eyebrow, every eyeroll, and snort of disbelief. As the politicians of the zodiac, you’re ready to sacrifice a little comfort in order to broaden your influence. That doesn’t mean you’re insincere; it means you know that honey persuades better than vinegar (another Libra cliché!), and if you can manage to change minds without offending a single person, that’s a victory worth sweating for. It’s not usually possible, but you come damn close.

Scorpio: Don’t cut off your nose to spite your face.

Even though Scorpios are known to hang onto things for a long, long… (looking at my invisible watch)… time, they are also the sign of letting things go. It’s not something you do casually, but a Scorpio’s energy is about purging, not retaining. Your myth is the phoenix rising from the ashes, and when you do finally move on from a grudge that’s been eating you from the inside, you’re totally reborn. You’re not always washing your hands of the blood of their enemies. Sometimes you are just washing your hands of foolishness that’s not worth your time.

Sagittarius: Fools rush in where angels fear to tread.

A Sagittarius exists at the nexus of impulsivity, curiosity, and sheer nerve. That means you dream big and fail even bigger (cliché!). We’ve all been told that failure is the greatest teacher, and it’s no surprise that the sign of pedagogy is also the patron saint of foolish decisions. But that’s one side of the Sagittarian bargain: without ample room for mistakes, you don’t get the flashes of brilliance. And you are brilliant, optimistic, and worldly. That’s why you’re such masters at keeping perspective and taking it all in stride: your strides cross oceans.

Capricorn: Don’t make the perfect the enemy of the good.

If you’re going to trust any sign to make necessary compromises for the greater good, it’s a Capricorn. You are survivalists, which means that for all of your high standards, you are never perfectionists at the cost of moving forward. In other words, you would never trade purity for progress. You know a good deal when you see one, and you are fundamentally practical — you intuitively know the difference between a theoretical benefit and a real one. When climbing to the summit of whatever your symbolic mountain is (awards, fame, milestones, etc.), you hard-working goats know when to pivot. To cite another Capricorn cliché: You work smarter, not harder.

Oh, Aquarius, you are equal parts freak and geek. You wield your weirdness like no other, in part because you are seeking acceptance for you and all the other aliens like you. You are iconoclasts, obsessed with the future, and naturally poised to poke at whatever entrenched wisdom is holding society back. Breaking down those barriers means not only more of your kind, but more variety in the world, which only increases the probability that you’ll be able to run into someone as interesting as you are.

Pisces: Everything happens for a reason.

As the last sign of the zodiac, Pisces have a heightened sense of drama. You are all about the big finale, which has to pay off everything that came before it — the story of humanity itself. That’s a big ask, and it’s why themes of heroism, sacrifice, and martyrdom permeate the Piscean myth. And narratively, you want to tie up every loose end into one yarn. Your energy dissolves the whole world into oneness. There are no mistakes or remainders — that’s why, for you, everything really does happen for a reason, even if you don’t know what it is yet. It’s not about knowing; it’s about faith, and no one has more faith in the storytelling prowess of the universe than you, Pisces. 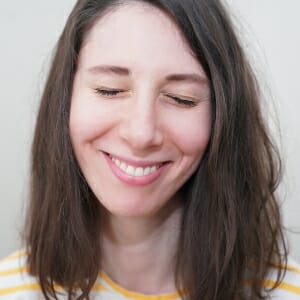